Architecture studio NOARQ has extended a stone villa in Portugal with a bright red cabin perched on thick blocks of granite above the entrance.

Located in the town of Vila Nova de Famalicão, the house sits directly alongside a road with a site that steps down to the south, where it overlooks a green landscape dotted with houses and stone walls.

Bright red paint – described by NOARQ as the colour of blood – has been used for the new cabin and for colourful accents, such as window frames and a wooden strip that runs below the eaves of the roof.

This dramatic red also covers the entire exterior of the extension, as well as on a nearby gate that opens onto the road.

To balancing its dual aspect, the house presents a more austere stone frontage to the road,

At the back it opens up with large windows cut into the facade, with a small arcade and a paved garden.

"The house rises from broad blocks of blue granite into the wilderness, like a fortification, indistinct from the supporting walls at the edge of the street," said the studio.

"The building stretches itself till the blood-coloured gate, pointing to the threshing floor moulded into the granite of the street wall."

A living room and kitchen are located along the more closed side of the building.

The secondary living space protrudes out into the garden, alongside a covered corridor that links the east and west ends of the home.

This corridor ends in a dressing room, providing a link across the entrance below into the new wooden extension which provides an additional bedroom and bathroom. 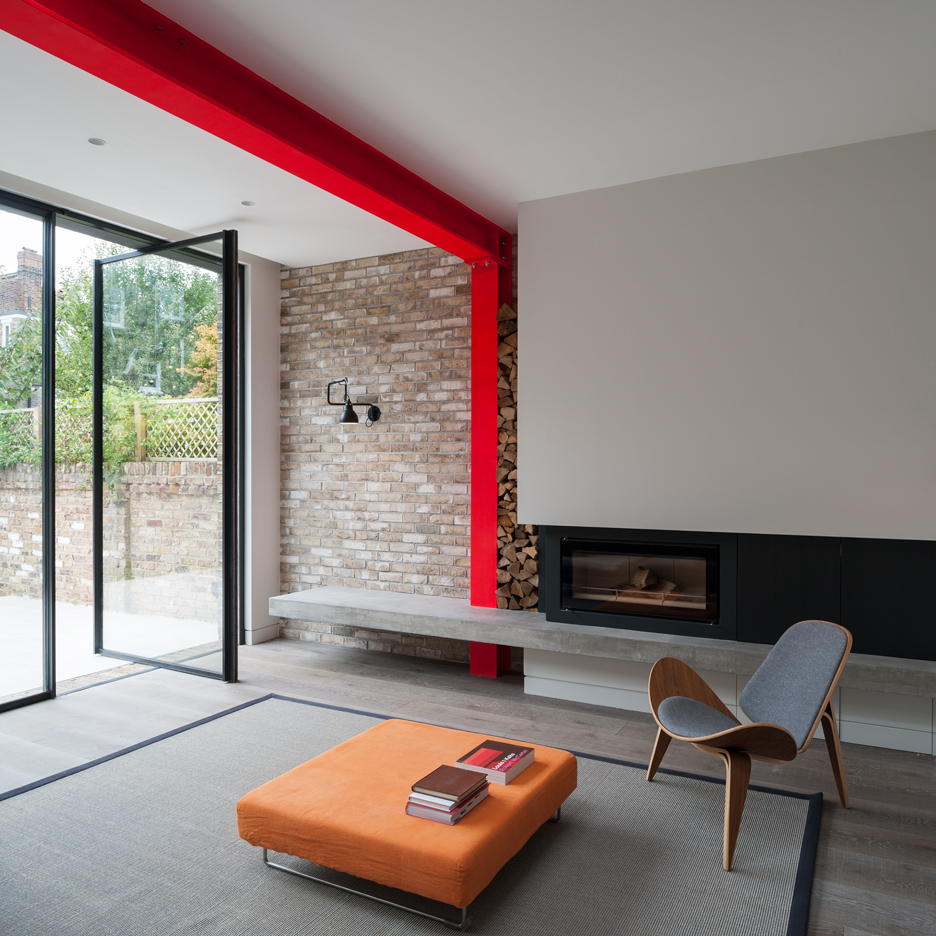 Other than the bright red finishes, the treatment to both the interior and exterior has been kept simple and minimal.

Large sliding doors in both the original villa and its new extension can be opened out to connect the spaces to the garden, with areas of decking or paving.

NOARQ, based in Porto, was founded in 1998 by José Carlos Nunes de Oliviera, who has also worked at Alvaro Siza's office.

The practice has previously completed homes in Portugal, including a stone house topped by a curving roof and an extension made by extending an existing home's roof into a hillside.