The faceted, limestone-clad facades of this town hall in Bodø, Norway, have been designed to capture the dramatic changes in light and shadow that are characteristic within the Arctic Circle.

Designed by Danish studio Atelier Lorentzen Langkilde (ALL), the town hall in northern Norway combines a contemporary building with two existing structures – the original city hall and a former bank.

The facades of the existing buildings were preserved, with the beige Jura Gelb limestone cladding of the new building chosen to mirror both the brown plaster of the old city hall and the natural stone of the former bank

The angles that define its facades take their cues from the sloping rooflines of the surrounding buildings. They have been created using modular stone sections defined by horizontal and diagonal lines as well as angular window surrounds.

The new building is attached to both the existing buildings and is arranged around a large central atrium, which is known as the "citizen's forum". 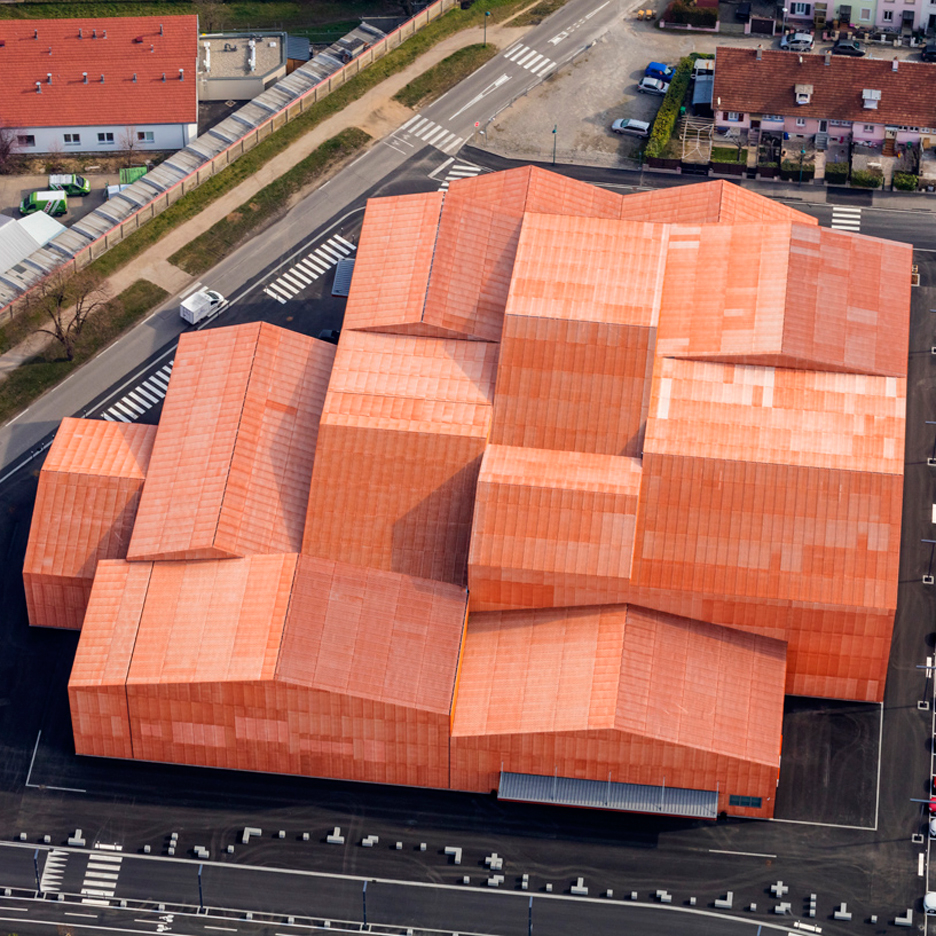 "It is a keystone linking and transforming the flow of the existing buildings to create a flexible, circular flow around a tall and dramatic atrium," explained the studio.

An artwork by Per Kristian Nygård entitled Dikt till Byråkriatiet, which translates as Poem for the Bureaucracy, continues the Piranesi reference and lends a surreal feeling to the atrium. The artwork is made up from an arrangement of chairs and tables mounted on the wall perpendicular to the offices, so that it appears as though the building has been folded in on itself.

Five floors of workspaces have been arranged around this atrium, benefitting from both views out to the city outside as well as views across the building's various levels.

Corridors link the new extension to the two existing buildings simply and directly, ensuring that they also feel closely connected to the central atrium space.

Ceilings and walls have been lined in light ash wood to bring a "warm, Scandinavian home-like feeling," with informal workspaces providing a range of different seating areas.

On the sixth floor, a strip of glazing wraps around the corner of the extension to illuminate a large canteen, providing views out across the nearby ocean and mountains, as well as down to the landscaped area at the building's base. This area has been finished with natural stone.

Based in Copenhagen, ALL was founded by Kasper Lorentzen and Kristian Langkilde. The practice recently collaborated with PLH Arkitekter for a proposed visitor centre on the site of a Viking fortress in Denmark.