IBM has developed a new type of battery that's free of cobalt, nickel and other heavy metals, avoiding the environmental and humanitarian issues related to lithium-ion technology.

The battery is made from three materials that can be extracted from seawater, a much less invasive sourcing method than mining.

IBM Research, the innovation arm of tech company IBM, says there is no record of these materials, which include lithium iodide and a new and proprietary electrolyte formulation, previously being combined into a battery.

Importantly, they have also proved that the battery outperforms lithium-ion versions, so it has the potential to improve electric vehicles and energy storage.

When optimised for performance, the battery has a higher power density than lithium-ion, meaning potentially smaller batteries that could be transformative for technology like electric aircraft.

In addition, it takes only five minutes to reach an 80 per cent charge, a length of time similar to filling up a tank of petrol at a service station. It is also low-cost, thanks to the materials sourcing method, and has low flammability, so it is safer to use.

"This new research could help eliminate the need for heavy metals in battery production and transform the long-term sustainability of many elements of our energy infrastructure," Young-Hye Na, manager of materials innovations for next-generation batteries at IBM Research's lab in Almaden, California, wrote in a blog post.

"In the quickly evolving arena of flying vehicles and electric aircrafts, having access to batteries with very high-power density, which can scale a power load quickly, is critical." 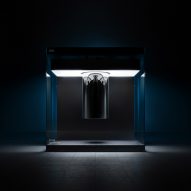 For smart power grids and renewable energy infrastructure, IBM Research says it can design the battery for a long-life cycle, prioritising longevity and stability.

Current lithium-ion batteries rely on two key metals – cobalt and nickel – that have a negative impact on the people who mine them, as well as the environment.

Cobalt is a particular problem. It is almost exclusively mined in the Democratic Republic of Congo, where its toxic dust threatens the health of miners – often child labourers – and local communities.

In December, the nonprofit group International Rights Advocates sued Apple, Tesla and other tech companies over the deaths of children working in these mines.

The new battery still uses lithium, but because it is generated from seawater rather than mined, there is little impact on the environment.

IBM Research is on of the world's largest research organisation, with 12 labs across six continents. It regularly works on emergies technologies such as AI, blockchain and quantum computing.

While IBM Research's battery is currently in an early stage of development, the organisation hopes to one day bring the product to market.

It is partnering with Mercedes-Benz Research and Development North America as well as battery companies Central Glass and Sidus to further develop the technology.