The dawn of a new decade invariably gives rise to a whole host of grandiose pronouncements about new trends and cultural shifts for the next ten years, and true to form, here's my top seven. But in truth, there's only one thing that we can be absolutely certain of: change will be the only constant.

Regrettably the chaos of international politics shows no signs of abating and the cacophony of shouting about climate change is intensifying as truanting school children bear placards daubed with slogans like: "You know it's time for change when children act like leaders, and leaders act like children."

Stress related illnesses are predicted to be the primary cause of sickness in 2020, accounting for 44 per cent of all work-related absences. Meanwhile, the titans of big tech are held responsible and their dominions increasingly viewed with suspicion: 32 per cent of UK and US citizens have reputedly closed or deactivated a social media account in the last 12 months according to Global Web Index.

Nevertheless, I believe that the fundamental purpose of design is not necessarily to reflect the zeitgeist, but to respond to it with solutions to the spiralling expectations of the everyday. Last year, my report posited the pursuit of wellbeing as the key driver for the future. "Could all things 'green' be the glue that sticks us back together?"

Thus, were the foundations laid for today's new pillar of success in design: biophilia (meaning love of nature). Because, with more and more people living and working in completely urbanised surroundings, a tangible sense of the natural world is being lost, at great cost to our health. In fact, by 2050 it's estimated that 68 per cent of the world's population will live in cities, and current reports already suggest that the average person spends 90 per cent of their time indoors.

Against this backdrop the pressure is on for our homes and workplaces to become more human-centric and soothing environments that not only encourage physical activity but also have optimal air quality alongside easy access to clean-filtered water, healthy foods and good natural light.

Besides, today's increasingly informed consumer expects it. After all, with the swipe of an app you can already have a world-class workout in your pyjamas thanks to exercise bikes with in-built tablets from Peleton and interactive mirrors by mirror.co that live stream expert personal trainers direct to your bedroom. Add to this the mainstream rejection of plastic and escalating popular engagement with sustainability – think David Attenborough's surprise appearance at a plastic-free Glastonbury – and it's clear that now a broader concern for wellbeing (that of the planet as well as ourselves) has finally hit the main stage.

The new sexy eco: the wealth in waste

And this is no fickle assertion. Major brands everywhere are scrambling to acquire clean and green credentials as consumers demand transparency. Venerable art institutions are hectored for accepting sponsorship from BP, Lego has introduced plant-based plastic bricks and even Coca Cola has pledged to recycle a used bottle or can for every one the company sells by 2030.

For smaller brands, for whom a circular economy was always the way, the time has come to shine. But crucially, the products being created today are also beautiful. Because, for sustainability to go truly mainstream, we have to want what's being made more than we want to buy something else – a core tenet of consumer culture that got rather missed by many early eco warriors.

The new sexy eco therefore includes products like Another Brand's Mosaico, a flooring system of solid wood tiles made from 100 per cent recycled wood repurposed from the furniture manufacturing industry, to the London-based architects APT collaborating with Mallorcan tile maker Huguet, to produce a terrazzo-inspired material that uses construction and demolition waste (which generates about 32 per cent of landfill in the UK according to the Technology Strategy Board).

Alternatively, Dust London's re-use of tea waste to make stunning origami-inspired household objects or Chip[s] Board, a fully recyclable, biodegradable material made from potato waste, an innovation supported by none other than McCains. Expect to see a lot more collaborations like this.

Creative disruption as the way forward

In this age of rage, rebellion finds its way into design too. We've seen it already when stellar designers such as Paola Navone decide to work with McDonalds and Pierre Frey, renowned purveyor of fine French fabrics, pairs up with creative provocateurs like Christian Astuguevielle, who duly re-coloured and black-swoosh graffitied all over a classic 18th century voile as his contribution to its archive.

For such a historic house to have embraced this kind of radical disruption, it's clear, as Patrick Frey, son of Pierre and current patriarch of the brand says, "today there's a kind of freedom in the home business. Everything is mixed up. Your home is the only place you can escape this crazy world, so today, everything is possible!" It also lights the 2020 way for any brand to prompt a re-evaluation of its offer: provocative partnerships.

Nevertheless, while all things green are currently the dominant narrative, by the end of 2020, I'd wager a return to monochrome, but not in the stark Scandi modernist style of ten years ago. This new iteration will be warm, tactile and full of nuance such as the Monochrome collection by The Paint and Paper Library. Created in collaboration with the Royal Institute of British Architects, it's presented as a set of six pairs of black and whites, each with the subtlest of coordinated undertones from ochre to grey, blue and green. Or consider the 15 ultra matte shades that make up the palette of Gris, a new paint brand from former make-up artist Liz Michael.

Here an exquisitely curated solvent-free set of cloudy whites, smoky greys and Japanese-inspired indigo blues suggest a serene, as well as green, future. In particular, I predict that dark inky midnight blues and blue-undertoned dark browns will come to dominate, as they imply the solidity of black without its absoluteness, powerful yet dignified colours that project elegance and sophistication. A beacon perhaps for a more considered, and grounded, way forward?

In perhaps a seemingly counter intuitive twist to all this streamlining and sustainability, furniture is getting decidedly chubbier. But then curvy, rounded and plump designs are the literal expression of comfort; when we seek solace, it is not to a stiff-backed chair that we intuitively turn.

In times of strife we need to be able to sink deeply into our sofas and feel them cosset and surround us. Add to this the exponential rise of home cinema alongside home-working and the trend for deep, wide sofas as the modern home's definitive work/play hub is nigh. So much so that even the resolutely trim'n'taut high-end Italian brands like Minotti have taken a punt on the fat side.

Following 2019s embrace of humble materials – plywood, cork, rattan et al – and in tandem with the above, will come an even more forceful rejection of the tight strictures and perfect polish of previous years. Epitomised by Ukrainian design, something of an outlier on the design scene, it's a rough-hewn style that favours uncomplicated styling, elemental materials and solid forms.

Admittedly rather more Flintstones than futuristic, it's something that Viktoriya Yakusha, director of the Ukraine-based Faina design, calls "naive design: simple in form, yet with a deep philosophy behind it".

This is no understatement. Ukraine is a country with prehistoric roots, and it has stubbornly maintained its indigenous craft traditions for pottery, musical instruments and woodwork employing techniques and processes that date back 400-years. And despite current political woe, it's precisely this resolutely hand-crafted authenticity that marks it out as one to watch.

Simple not clever: The return of the analogue

More broadly a renewed respect for the past can be seen in the resurgence in popularity of live music, poetry jams, printed books and old-school paper diaries. Design-led stationery companies, like Papier, which specialises in monogrammed writing sets, notebooks and personalised cards, are seeing record growth.

Sales of books have risen five per cent to bring in £5.7 billion in the UK (according to The Sunday Times). Meanwhile people like Brooklyn-based designer Scott Bodenner are making fabric woven from mohair, silk and old cassette tape ribbons. In short, we have reached the point of digital exhaustion wherein the cool cafes have no laptop policies and the smart home doesn't seem that smart anymore. This was inevitable as millennials who grew up with digital technology engage with the analogue as a mark of individuality.

Adapt, or be damned

In this way, move over Hygge and Ikigai, the new buzz word is Nunchi. A 5,000-year old Korean concept that, according to Euny Hong, author of The Power of Nunchi, is the art of reading a room, relating to others, and using that awareness to get ahead. 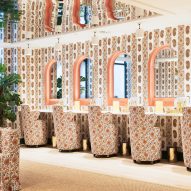 However, it's not empathy, that's too 2019. Nunchi is more observational and emotionally neutral, and its purpose is to improve your way in life by enabling you to be less self-absorbed and more aware of the collective temperature while maintaining individual integrity. As Hong puts it in her conclusion: "Survival of the fittest doesn't mean survival of the strongest. It means survival of the most adaptable."

And Nunchi relates to the home and wider trends because gatherings like the fifth annual Biofabricate summit – held in London in early December this year, with a mandate to discuss the potential of biologically-based technologies using yeast, bacteria and algae – and films like 2040, an optimistic vision of workable solutions to climate change by the Australian film maker Damon Gameau. These encourage me to believe that a non-apocalyptic vision of the future awaits if we simply embrace the best of what already exists.

After all, today, even my porridge oats come with a leaflet which states: "The most profound change that will occur is a power shift from unsustainable coercion to sustainable inspiration."

So, while 2019 heralded protest on many levels, revolution is always a precursor to change, and the way we do politics and business, and how we as individuals shop, live and eat, has to change. And it's already started. In America, an open letter signed in August 2019 by over 181 CEOs of public companies, including Apple, Amazon, Johnson & Johnson and JPMorgan Chase, acknowledged that "shareholder primacy" should be rejected in favour of putting environmental concerns, diversity, community and employee wellbeing at the top of the list. It was a remarkable reversal of a long-held capitalist orthodoxy. I could be cynical and dismiss it as timely grandstanding, but what if it's not?

In conclusion, the planet will inevitably grow warmer, but so too will we evolve, innovate, adapt and improve for I still believe that we can be as brilliantly inventive as we have previously been so terribly destructive. However, 2020 is our make or break year to prove it.

Main image is Cork House by Matthew Barnett Howland with Dido Milne and Oliver Wilton. Photograph is by David Grandorge.