Annabelle Selldorf spoke to Dezeen in a live Screentime conversation sponsored by Enscape as part of Virtual Design Festival.

The New York-based architect spoke to Dezeen's founder and editor-in-chief Marcus Fairs about her work.

Originally from Germany, Selldorf founded her practice Selldorf Architects in New York in 1988 and has completed projects including museums, educational facilities and interiors. 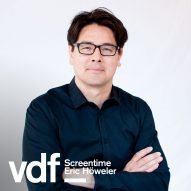 The practice is behind a major renovation and expansion of the Frick Collection in New York City, which received approval in 2018.

In 2019, it completed a campus for a primary school in Zambia which was funded by a charity that aims to build schools and orphanages in rural African communities.

It designed a wooden showroom in New York for the piano maker Steinway & Sons in 2015 and completed an art gallery for Hauser and Wirth in Los Angeles in 2016.

Selldorf is a fellow of the American Institute of Architects and serves on the Board of the Architectural League of New York. She has taught at the Harvard Graduate School of Design and received the AIA New York Medal of Honor in 2016.

She is also a judge for the 2020 edition of Dezeen Awards, alongside UNStudio founder Ben van Berkel and author and architect Paola Antonelli among others.

This Screentime conversation is sponsored by Enscape, a virtual-reality and real-time rendering plugin for architectural design programme Autodesk Revit.