Shanghai architecture studio Atelier XÜK has created a series of timber interventions to turn a former school in Qinyong, China into a hotel while leaving its original, solid masonry structure intact.

The school, which was originally built in the 1970s when Qinyong was demolished and reconstructed as a strictly planned people's commune, is now the Lostvilla Qinyong Primary School Hotel.

The former village school's 18 classrooms have been converted into the 22 guest bedrooms for the hotel.

An ancillary wing, which used to be a service building for faculty, is now home to a cafe, several dining rooms and a rooftop canteen, while the former playground made way for a brutalist concrete swimming pool.

"As the most important public building of the people's commune period, the school replaced the traditional family shrine and became the centre of public life in Qingyong Village, as well as an important carrier of the village's collective memory," Atelier XÜK's co-founder Kenan Liu told Dezeen

"So the school's facade has been preserved as much as possible, out of our respect for the history and collective memory of the villagers."

In order to avoid drilling into the masonry shell, made from blocks of local sandstone, a system of raised wooden platforms was installed throughout all of the rooms, under which the necessary pipes, plumbing and cables were installed.

This use of timber volumes is repeated throughout the renovation, with the foyer rendered as one large timber box jutting out from the centre of the original building, and wooden bathroom units inserted into the guestrooms.

"These wooden 'wash boxes' do not touch the ceiling, which reinforces their temporariness. It's as if they could be easily removed and then the interior of the school could be restored," said Liu.

In each room, a section of the original floor was retained and turned into a sunken stone garden, framed with a metal railing.

This is designed to create the impression of being in an archaeological site, where visitors can take in the original dimensions of the room and its history.

All of the woodwork, including the platforms and bathroom units as well as doors and windows, was manufactured in situ by craftsmen from the local Jiangnan region.

"At the peak of the construction, there were 50 carpenters on the site, with two carpenters in each room to complete all the interior woodwork," Liu explained. 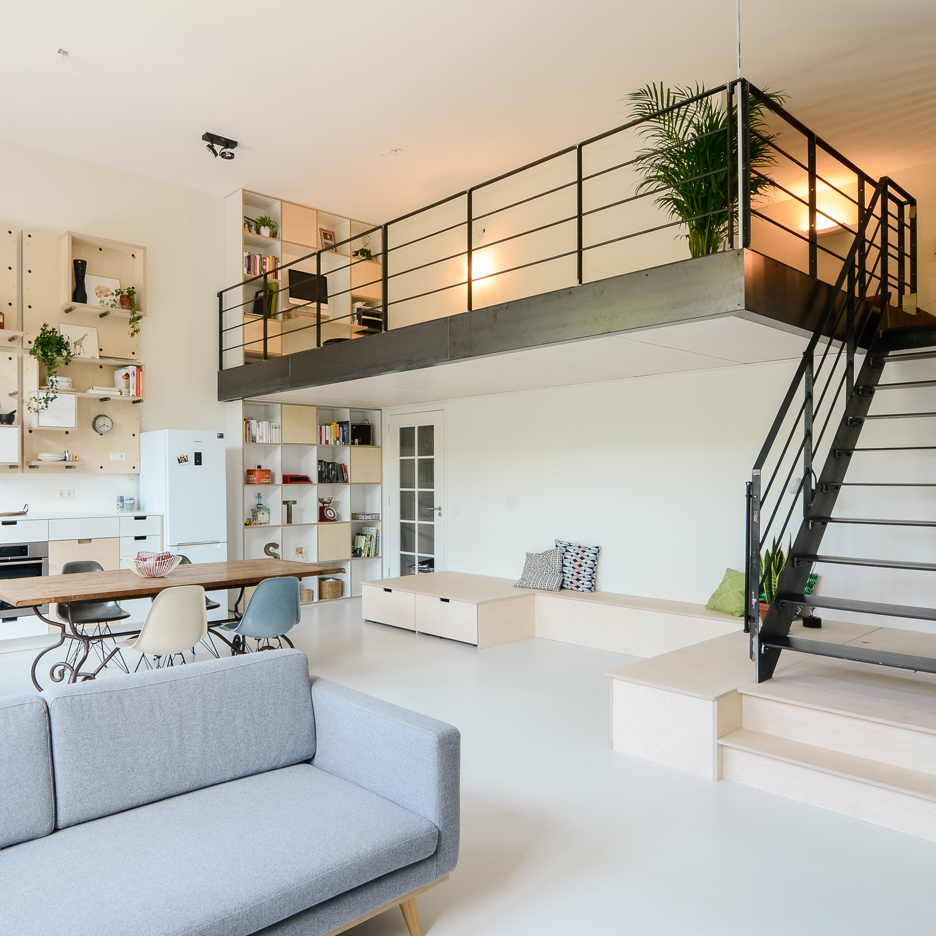 "The in-situ fabrication method eliminates the lack of precision caused by sub-contracting and allows for a balance between quality and costs within the intense timeframe of the project, which took only one year from design to completion."

The wood itself was repurposed from demolished houses in the region, with old wooden beams turned into versatile, five centimetres by five-centimetre units.

Making use of the building's sturdy masonry structure, Atelier XÜK perched a cafeteria on the roof of the annexe. This consists of another timber box, this time encased in a light steel structure and finished with corrugated, fibre cement panels for a roof.

It is accessible through a newly built, external staircase and a bridge connecting the wing to the main building.

"The aim of the project was to introduce a new programme into a disintegrating commune to revitalise its economy without being regarded as an intrusion with the sole aim of making a profit," Liu explained.

"At the same time, the residents are glad to see the nexus of their childhood memories rebirthed as a new landmark for the village, rather than gradually collapsing into total destruction."

Last week, the Lostvilla Qinyong Primary School Hotel was longlisted for a 2020 Dezeen Award in the Rebirth project category.

Previously Atelier XÜK added a corrugated-metal attic room to a Spanish colonial-style house in Shanghai, where the studio is based.

Elsewhere, Jonathan Dunn Architects has transformed a Victorian school in the English town of Rye into a wood-clad cinema while Amsterdam's Standard Studio converted a former teachers' lounge into a family home.

Photography is by Hao Chen.