UK company Metalysis has been awarded a European Space Agency (ESA) contract to develop technology that turns lunar rock into oxygen and building materials, which could enable astronauts to set up a base on the moon.

The process, which involves reducing the metal oxides found on the moon's surface to produce pure oxygen, metals and alloys, could provide astronauts with a way to generate oxygen and materials that can be used for construction directly from the moon.

The project, titled The Metalysis FFC Process for Extra-Terrestrial Oxygen Production from ISRU, is being funded by the ESA and forms part of its Space Resources Strategy.

Metalysis' FFC process is an electrolytic technology that is able to extract the oxygen from metal oxides, resulting in pure metal and alloy powders.

The FFC process is based on a technology that was first developed at the UK's University of Cambridge by Derek Fray, Tom Farthing and George Chen in 1996 and 1997, and takes its name from the inventors' initials.

The FFC process has long been proven to work for the industrial-scale production of metals and recent studies have demonstrated its potential application on lunar regolith – the layer of loose solid material that covers the moon.

Analyses of rocks brought back from the moon have shown that lunar regolith comprises 40 to 45 per cent oxygen by weight, which is chemically bound in the form of metal oxides.

A test using the FCC process on simulated lunar regolith, which was conducted in 2019, took a total of 50 hours to extract 96 per cent of the oxygen from the material. 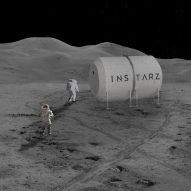 As explained in an article by the ESA, the process involves placing the powdered regolith in a mesh-lined basket with molten calcium chloride salt, which acts as an electrolyte, before heating it to 950 degrees celsius – a temperature at which the regolith remains solid.

By passing a current through the material, the oxygen is extracted from the regolith and moves across the salt to be collected at an anode and stored for future usage.

Not only does the process produce oxygen, which could be used to provide astronauts with fuel and life support on the moon, but the mixed metal alloy by-product could be used as a building material for in-situ manufacturing.

Generating products with local materials in space – a practice called in-situ resource utilization (ISRU) – is important in significantly reducing the amount of material that is needed to be transported from Earth to the moon.

"The ability to extract oxygen on the moon is vital for future exploration and habitation, being essential for sustainable long duration activities in space," said the firm.

Other companies are also setting their sights on building bases on the moon. Architecture firm BIG and 3D-printed building company ICON are working on a project to create a 3D-printed infrastructure for living on the moon using materials found on its surface.

Working with Space Exploration Architecture and NASA's Marshall Space Flight Center in Huntsville, Alabama, the aim is to use a simulant of moon soil for the construction.

More news and projects related to the moon