Yes, there is an Awards Awards and Dezeen Awards has been honoured for the second year running, winning the prize for the best sector-specific event.

Dezeen received the Awards Awards 2020 accolade for last year's Dezeen Awards programme, which culminated in a ceremony at Ennismore Sessions House in London on 30 October 2019.

The second-ever edition of Dezeen Awards, judges described it as "a strong contender in this category that has developed quickly and has a highly professional appearance" and "an impressive international awards that has developed rapidly into a respected event."

Dezeen Awards 2019 received over 4,500 entries from 88 different countries around the world, a 25 per cent increase on the previous year that the judges described as "impressive entry stats and noticeable year-on-year growth".

The judges were particularly impressed by the unorthodox Dezeen Awards 2019 ceremony. Rather than organising a traditional dinner, the winners were announced at a raucous party in a Grade-II listed former courthouse featuring DJs and a brass band. 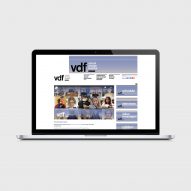 "The move away from a traditional sit-down dinner appears to have caught the imagination of guests and may create an interesting trend for other events to offer by harnessing the particular strengths of an unusual venue," the judges said.

Announced at a virtual ceremony on Friday last week, the Awards Awards 2020 prize is the sixth award Dezeen has won in three days, following success at the International Building Press (IBP) journalism awards and the awards for independent publishers organised by the Professional Publishers Association (PPA).

Virtual Design Festival claimed both the digital initiative of the year and the special coronavirus response prizes at the PPA Independent Publisher Awards, as well as being named event of the year at the IBP Awards, where Dezeen's founder Marcus Fairs also won the digital leadership prize.

Our Dezeen Day conference was also honoured at the Conference Awards 2020, receiving a bronze award for best new conference

The announcement of the Awards Awards 2020 prize coincides with the culmination of this year's edition of Dezeen Awards.

This week, we have been announcing the Dezeen Awards 2020 winners via a series of virtual shows hosted by poet and BBC London Radio presenter LionHeart.

We announced the architecture winners on Monday, the interiors winners on Tuesday and the design winners earlier today.

Read more about all the winners here.