Diller Scofidio + Renfro and Stefano Boeri Architetti have announced plans to overhaul the 1950s Pirellino office skyscraper in Milan, Italy, and build a plant-lined timber tower beside it.

The scheme, named Pirelli 39, will see the tapered skyscraper built by Gio Ponti and Pier Luigi Nervi in 1958 brought to modern-day standards and linked to a new green-walled tower via a multi-storey glass bridge.

Diller Scofidio + Renfro and Stefano Boeri Architetti's proposal follows the abandonment of Pirellino in 2015, after it was declared unsuitable for use due to poor environmental performance and seismic protection.

The scheme will save the tower from demolition and is also hoped to contribute to the revival and sustainable growth of the surrounding area.

"As much of our work focuses on the future of cities, the Pirelli 39 project presents a great opportunity to develop a new model of mixed-use development and sustainable urban growth," said Elizabeth Diller, partner at Diller Scofidio + Renfro.

"The project combines the adaptive reuse of heritage buildings with environmentally responsible new construction, and a vibrant 'living' cultural destination devoted to the art and science of plants," she said.

"In such a difficult period, this project relaunches the vision of a forward-looking Milan and bravely faces the great challenges of the climate crisis," added Stefano Boeri.

Diller Scofidio + Renfro and Stefano Boeri Architetti's design for Pirelli 39 was the winning entry of a competition initiated by real estate developer COIMA, for which there was a shortlist of 70 teams.

Once complete, it will form part of a wider, sustainability-focused regeneration of the area, which includes OMA and Laboratorio Permanente's transformation of the nearby Scalo Farini railway yard into a public park.

The focal point of Pirelli 39 will be the new timber tower, which will contain a number of apartments wrapped in 1,700 square meters of green walls, which will change colour with the seasons.

These green walls are expected to absorb 14 tons of carbon dioxide and produce nine tonnes of oxygen per year, according to the studios, which claim this is equivalent to ten thousand square meters forest.

Timber was chosen for the structure of the tower in recognition of its low carbon footprint and sequestered carbon – the carbon dioxide a tree removes from the atmosphere as it grows and subsequently stores as carbon.

It will also incorporate 2,770 square meters of photovoltaic panels, ensuring the building can generate at least 65 per cent of its energy needs.

The goal for Pirellino tower is to preserve its character while retrofitting it to meet the Next Generation EU standards – guidelines developed by the European Union as part of its Covid-19 recovery plan, which involves building efficiency standards that can help combat climate change

This will include alterations to its structure and layout to introduce modern office spaces and improve its energy performance, as well as update its building services.

The towers will be linked together via a sinuous, multi-storey bridge, which will be enclosed by glass and span the Via Melchiorre Gioia, one of the city's main roads.

Inside will be a new hub for events, shows and exhibitions, alongside a biodiverse greenhouse, intended as an extension of the adjacent Biblioteca degli Alberi – a large public park and botanical garden with over 135,000 plants. 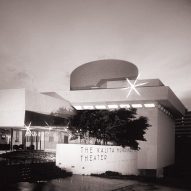 While Pirelli 39 is the first project to be developed in Italy by US studio Diller Scofidio + Renfro, it is the latest in a string of projects across the country by Stefano Boeri Architetti.

This includes a circular elevated walkway for the site below Renzo Piano's replacement for the collapsed Morandi Bridge in Genoa, as well as a collection of prefabricated Covid-19 vaccination stations in piazzas across the country.

Pirelli 39 will also be the latest of several plant-lined buildings designed by the studio, including the Tirana Vertical Forest in Albania, a series of apartment blocks in Egypt and a social-housing project in the Netherlands.