A Zaha Hadid retrospective and an architecture conference featuring Eduardo Souto de Moura, Tatiana Bilbao and Kengo Kuma are among the design events listed in Dezeen Events Guide this month.

Read on for details and visit Dezeen Events Guide for more architecture and design events around the world.

In the first Zaha Hadid Architects retrospective to be shown in mainland China, Shanghai's Modern Art Museum (MAM) is charting the practice's evolution over the last 40 years, as well as the technological innovations driving this change.

Across more than 200 exhibits, dating from 1982 to today, the exhibition places a particular focus on ZHA's many projects in China, such as the starfish-shaped Beijing Daxing International Airport.

Also featured are models and renders for a roster of projects that are currently in development across six continents, including the upcoming CECEP Campus, which is set to be Shanghai's "greenest building".

"With this show, we aim to present who we are close up, our depth of experience, our current preoccupations and our aspirations for the future," ZHA principal Patrick Schumacher explained. 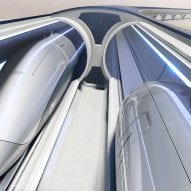 Open House Porto
3 to 4 of July

As large, indoor gatherings remain off-limits in Portugal due to coronavirus restrictions, Open House Porto is offering tours of "quality public spaces" instead of private buildings and residences.

For the first time ever, the event is being held in four cities simultaneously, including not just Porto but neighbouring Vila Nova de Gaia, the fishing town of Matosinhos and the northern municipality of Maia, which is making its debut on the circuit this year.

Collectible design fair Nomad is once again taking over the 16th century Chesa Planta mansion near St. Moritz this year, albeit this time in summer rather than in February.

As ever, prominent international galleries will curate exhibitions within the grand villa, while a VIP programme will take guests on architect-led tours of local landmarks, private homes and collections.

For those unable to jet off to Switzerland, a parallel online edition hosted by auction house Christie's is set to showcase a selection of 24 design objects and artworks, including seminal pieces created by the late Italian architect and designer Alessandro Mendini for Alpi. 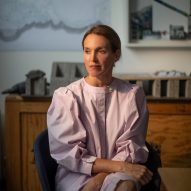 World Congress of Architects
18 to 22 July

Souto de Moura, Tatiana Bilbao and Kengo Kuma are among the keynote speakers at the 27th World Congress of Architects, which is being hosted by Rio de Janeiro but taking place entirely digitally.

Across seven virtual stages, a programme of more than 80 debates, talks and roundtables will explore this year's theme of interdependence, with topics ranging from materials and processes to smart cities and sustainable development.

In a bid to replicate the feeling of an in-person conference, delegates from more than 170 countries will be able to communicate via a social network that was developed exclusively for the event.

Now in its fifth year, the Creative Folkestone Triennial will see public spaces all over the English seaside town filled with 27 newly commissioned installations.

Turner Prize-winning design studio Assemble has collaborated with local skateboarders to erect a duo of skateable sculptures, one on the Harbour Arm promenade and the other in a railway viaduct, while Morag Myerscough has designed a colourful gateway within a former gasworks.

Meanwhile, architect Shahed Saleem, who recently replicated three London mosques for the Venice Architecture Biennale, has partnered with artists HoyCheong Wong and Simon Davenport to imagine how Folkestone's Islamic Cultural Centre could be developed in the future through collaborative community workshops.

Dezeen Events Guide is our guide to the best architecture and design events taking place across the world each year.

The guide is updated weekly and includes virtual events, conferences, trade fairs, major exhibitions and design weeks, as well as up-to-date information about what events have been cancelled or postponed due to the ongoing coronavirus pandemic.

Inclusion in the guide is free for basic listings, with events selected at Dezeen's discretion. Organisers can get enhanced or premium listings for their events, including images, additional text and links, by paying a modest fee.

In addition, events can ensure inclusion by partnering with Dezeen. For more details on inclusion in Dezeen Events Guide and media partnerships with Dezeen, email eventsguide@dezeen.com.