There are just two weeks left to enter our Redesign the World competition, which calls for new ideas to rethink planet Earth. Enter now before the contest closes for entries on 15 September.

Launched at the end of July, Redesign the World is the ultimate design competition that calls for new ideas to reimagine the planet so that it remains habitable long into the future.

The contest, which is in partnership with Epic Games, is free to enter for anyone over the age of 18 of any profession and from any country in the world.

Entries will be assessed by expert panel of judges 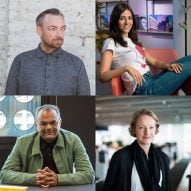 The 15 best proposals selected by the judges will be published on Dezeen in November during our Dezeen 15 online festival celebrating Dezeen's 15th anniversary.

Redesign the World is primarily an ideas competition. Judges will be looking for visionary concepts and are less concerned with technical mastery of the Twinmotion software. However, the quality of the execution of the idea will also be considered.

See the full competition brief for how to enter › 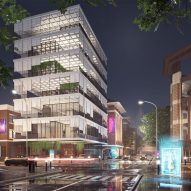 Twinmotion is an architectural visualisation tool powered by the Unreal Engine game engine.

Dezeen previously hosted an online workshop on how to use Twinmotion to help participants with their entries. The workshop provided tips and tricks on how Twinmotion can be used via a 30-minute practical tutorial on how to use the software.

In addition, we hosted a live talk exploring how game engines are transforming architecture. The talk covered the new possibilities that real-time 3D tools such as Twinmotion open up to architects, as well as how video game design and architectural visualisation are merging and what the future holds for the industry.

Last week, we also hosted a panel discussion exploring the work of creatives and scientists who are reimagining the planet. The talk explored why architects and designers are increasingly looking to remodel the world in a bid to address pressing concerns such as climate change, habitat loss and human overpopulation.