Weiss's Coso device is designed to be a reversible contraceptive solution. To use it, a person would fill the device with water up to the indicated mark, turn it on so it heats to operating temperature, and sit for a few minutes with their testicles dipped into it.

The effect is reversible, with fertility expected to return no later than six months after the last application.

Weiss began designing the male contraceptive device after being diagnosed with a cervical cancer precursor that meant she could no longer take the pill.

When she and her partner looked for alternative methods and found there were no male-centred options beyond the condom or a permanent vasectomy, she started exploring the topic as part of her master's thesis in industrial design at the Technical University in Munich.

"The problem is not unique to me personally," she said. "It affects many others as well. This is also evident in the current growing public discussion about the lack of contraceptive alternatives." 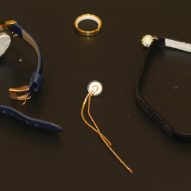 Her design for Coso is based on research that found ultrasound contraception has been successful on animals, but has so far been untested on humans. She hopes her design promotes further testing.

Coso is a small bowl-like device, with a smooth coloured exterior that looks similar to premium domestic gadgets.

Appearance and ease-of-use were key to the design brief Weiss set herself, to encourage uptake where no invention has previously succeeded.

"Coso, in contrast, offers a user-friendly contraceptive approach that is easy to use without any kind of physical intervention, pain or previously known side effects," said Weiss.

"New technologies only work if they are accepted by users and society."

To address this problem, Weiss involved her target demographic closely in the design of the product, surveying 422 participants and conducting co-design workshops with 25 of them.

Workshop participants contributed their thoughts on the requirements for the device and were also asked to draw their own ideas for an ultrasound device.

Weiss evaluated the ideas together with experts from urology, andrology, sexual therapy and psychotherapy and then began making and testing cardboard prototypes.

The final design is a detailed CAD model, with defined colours and materials that have been evaluated with users.

Its features include auto-shutoff after treatment and an accompanying app to monitor progress.

The device has a battery, microcontroller, ultrasound module and LED strip in its base, with a status display and water level mark in the well providing a user interface.

The water level mark would need to be set by a doctor to suit the user's specific testicle size. 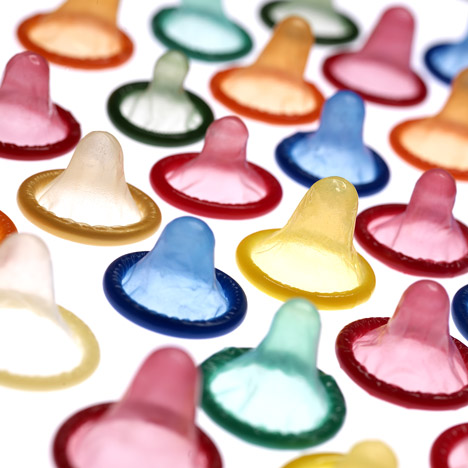 The idea for ultrasound contraception comes from a 2012 study by the Parsemus Foundation, which tested on animals, so its application to humans is hypothetical at this point.

There would need to be financial support for clinical trials before the product can launch.

"Without valid data, the project cannot be realised," said Weiss. "I am therefore looking for contacts with research institutions and industry partners who are willing to fund clinical trials."

The James Dyson Awards recognise excellence in student design and engineering from around the world.

Having won the German heat, Coso will now be considered in the international stage of the award. The shortlist will be announced on 13 October.

Another of this year's national award-winning designs was a knife-wound-healing device named REACT, designed by the UK's Joseph Bentley.

More from the Dyson Awards