"I think our profession would gain a lot of energy if it wasn't so top-down and pyramid-focused," said Gensler CEO Cohen on a video call from Los Angeles.

Instead, firms should adopt a "flatter, more collaborative leadership style like what we've tried to do," the giant firm's co-CEO told Dezeen.

The comments come amid ongoing criticism about working conditions at architecture firms around the world, including low pay and long hours.

Earlier this year, employees of New York firm SHoP formed the US's first union of architecture workers in 70 years alleging "endless overtime and deadlines", while two faculty members at the Sci-Arc architecture school were placed on administrative leave after suggesting that architecture students should work long hours for low pay.

Cohen, who runs Gensler alongside fellow co-CEO Diane Hoskins, agrees that as an industry, architecture is not always a good place to work.

"I do because I believe many architectural firms are more top down instead of empowering their people, and they are usually run by one or two leaders that start the firm," he said.

"I think if you feel like you can really make a difference, that you can follow your personal passions, that's how people excel."

"I'm up at five in the morning"

For Cohen, helping people excel involves working 12 hours a day. "I'm up at five in the morning. I'm talking to our Middle East offices, I'm talking to China."

"And then I work all day, and then I go working with our Asia practice. So I probably put in 12 hours a day but it's not work for me. I just love what I do."

Asked if that was above the average for a Gensler employee, he replied: "My guess is probably but I also think that people are so impassioned in our firm, people are working the hours because they want to do something special in the world, they want to have a positive influence," he responded.

Before the Covid pandemic, Cohen and Hoskins would fly around the world to meet with their teams but today he stays in Los Angeles and connects via Zoom.

"Two years ago, I was flying, I was spending a lot of my time around. Our goal throughout Covid has been to stay unbelievably connected to our people and to make sure that everyone's connected together." 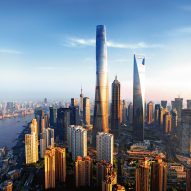 US-based Gensler is by far the biggest architecture practice on the globe. According to Building Design's WA100 list, it employs 2,692 architects – more than double its closest rivals.

Corporate firms like Gensler are often associated with better pay and work-life balance but less opportunity for architects to work on interesting projects.

Cohen argues that at Gensler staff are able to work on a wide range of projects around the world thanks to the company's structure and size.

"I think that in our profession, people tend to get pigeonholed into certain jobs and what they're working on," he said. "I think other firms have an issue because they're not as flat and they don't have as many opportunities to work across a diverse practice."

Gensler wants "to be the best firm in the world to work at", Cohen claimed, adding that its "people-first philosophy… we really believe sets ourselves apart as a trendsetter".

Unlike many architecture firms, he said, Gensler offers both performance-based bonuses and overtime pay.

Cohen became co-CEO of the employee-owned Gensler along with Hoskins in 2005, taking over from the firm's founder Art Gensler, who passed away in May 2021 having planned his succession well in advance.

The firm's "collaborative leadership" model means that in most areas of the business there are two leaders – usually one man and one woman – instead of just one.

Unusually for such a large architecture firm, Gensler has managed to reach gender parity in its top team, with seven women and seven men among its 14 most senior staff. A recent survey by Dezeen found it was one of only five of the world's 100 largest firms that can make this boast.

"We believe that everyone has aces and spaces – things you're great at and not so great at," he explained. "Diane and I are very different people. [She] is an incredible strategic thinker and I come from a more design thinking background."

The firm also recently published a wide-ranging report on its diversity statistics, with Cohen claiming it is the first among its peers to do so. He argued that prioritising diversity is vital to maintaining creative energy in such a huge firm.

Under Cohen and Hoskins' stewardship, the firm has more than tripled in size to around 6,500 total staff and grown its annual revenues from $300 million to $1.7 billion, practising in more than 100 countries with 8,000 clients.

Gensler continues to swell rapidly, with around 2,400 new employees joining the company over the past two years, the equivalent of adding the third-largest architecture firm in the US. 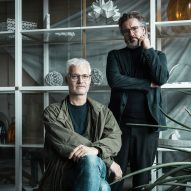 The business has no headquarters. Cohen sits in the LA office, while Hoskins is based 4,000 kilometres away in Washington DC.

Cohen, a New Yorker, joined the firm's LA office in 1981 at the age of 25, where he was mentored by the late Art Gensler and former firm president and CEO Ed Friedrichs, who also passed away last year.

"I really didn't think I was going to be co-CEO of Gensler, I just knew I was following my passion of design and making a difference in the world," he said.

That has become particularly relevant in the post-Covid world as buildings must work harder to entice people out of their homes, Cohen contends. The workplace, for example, must now be "a destination not an obligation" in his words.

"What we've been focusing on is a strategy around the human experience," he said. "People have been locked inside these boxes and we've lost that human interaction."

"All our clients are coming to us saying how can we enhance human experience, those visceral experiences, whether it's a sports stadium or office building or hotel," he added.

The firm has also committed to becoming carbon neutral by 2030, and is currently working on several timber projects.

"We're taking a critical look at all our different practices to ensure that we're embedding these green specifications in how we think about the world," Cohen said.

"Our profession needs to create that sense of purpose"

"And I think clients, especially our clients that we're working with, are getting a lot smarter," he continued. "They know this is the real key for developments, they know that buildings will be worth more in the future if they're designing towards green, because that is the future."

"Some don't and we have to educate them, certainly, but for the most part, clients are realising the value is in green design."

Earlier this year Gensler had to challenge some clients more than usual after the Russian invasion of Ukraine.

"We had certain clients we were working with in Russia and we're not working with them anymore," he said. "We're constantly as a leadership team, especially in the world we live in today, discussing this issue of where we'll do work, how we'll do work, who we're going to do work with, it's a really important point."

He is adamant that a sense of principle and purpose is key to architecture studios attracting and retaining talent in the face of stiff competition for creative talent from the wealthy tech industry.

"If you're not purpose driven, if people don't feel like they have that great platform to thrive, they are going to join other organisations, they're going to join the Googles and Metas, and I think our profession as a whole needs to create that sense of purpose," he said.

"And what better time than now, coming out of Covid – what better time as all these massive changes occur, to really have our firms, our profession, step forward in making a positive difference in the world."

The photography is courtesy of Gensler.