Plummer-Fernandez's concept is based on the idea that, as the software in cars becomes more and more advanced, we will need to invent new ways to communicate with them.

"I'm exploring our new relationships with autonomous vehicles" he explains. "How could we embody [a car's] software system as some sort of artefact that you'd have on your dashboard that you'd communicate with, or you felt like it was communicating with you?"

The idea is inspired by the practice of sticking small figurines onto car dashboards to bring good luck. 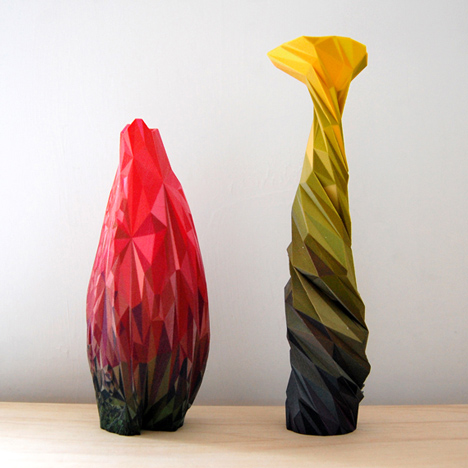 "In certain cultures you would have dashboard gods and goddesses, somehow protecting you," he explains. "Then there is the Western bobblehead, which is anything from a Hawaiian dancer to Star Wars action figures with enlarged heads."

In Plummer-Fernandez's imagined future, everyone would have their own personal avatar, which they would install into any car to tune its behaviour and performance to their liking.

"These avatars would have a personal relationship with the driver," he explains. "They would be something that you would purchase as a product or a service, but as you develop a relationship it would learn your preferences. So even if you change vehicle you could take this avatar with you and install it into your next vehicle."

He continues: "For me this would be the provocative future of the car industry; it would become more of a car avatar and software industry. It would be about designing the experience you have with the car."

Plummer-Fernandez's previous work explores similar ideas about how advances in digital technology are transforming our relationships with physical objects.

For his Digital Natives project he created a series of vibrant 3D-printed vessels by scanning everyday objects such as lampshades and spray bottles and digitally distorting them.

"They came out as these contorted objects, very primitive in shape," he explains. "By the time they've been scanned and processed through different algorithms they become new forms in their own right. You immediately feel that juxtaposition between the digital and the real."

Another of his projects, called Unique Visitors, Plummer-Fernandez hacked face-recognition software to create an algorithm that can randomly generate crude face-like sculptures.

"I'm interested in how some rudimentary artificial intelligence system could start sculpting and producing cultural artefacts," he explains. "It took us so long to master [the art of sculpture] and now we are teaching machines how to do these things."