News: Airbnb has come under fire from designers for the similarity between its new logo and existing branding for other companies, while social media users have been quick to draw comparisons with human genitalia.

London-based DesignStudio has sparked controversy with its rebrand for home stay company Airbnb, with leading designers highlighting the close similarity between the new logo – called Bélo – and existing symbols used by other brands. 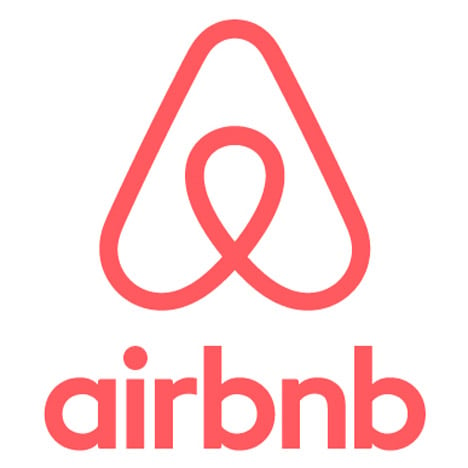 Leading German designer and typographer Erik Spiekermann took to social network Twitter to point out the similarity between Bélo, which launched last night, and the logo for IT firm Automation Anywhere.

Spiekermann posted a composite image of the two logos together, writing "someone didn't do their homework".

Dezeen commenters were also quick to point out the similarity, calling it "a little too close for comfort".

Airbnb and Automation Anywhere released a joint statement acknowledging the issue, suggesting that Airbnb will not ditch its rebrand:

Commenters have also suggested that the logo resembles the symbol used by furniture brand Habitat, as well as various sexual organs.

Twitter users were also quick to compare the shape of Bélo to male and female genitalia, or a combination of the two.

Tech website Gizmodo called the logo a "Sexual Rorschach Test". "Is it balls? Is it a vagina? Is it balls in front of a vagina?" said its article, pointing out Twitter reactions.

Other comparisons on social media were made to the logos of delivery company FedEx, "except the hidden arrow is a penis", and rival travel accommodation site Couchsurfing.

More innocent observations included likeness to a paperclip and a bear's nose, which has spawned a "bearbnb" meme. A Twitter account for the logo and a Tumblr blog including numerous explicit variations have also been set up.

Dezeen contacted Airbnb for further comment, but has not yet received a response.