World-famous nightclubs including Berlin's Berghain and London's Fabric are illustrated in this series by Barcelona-based graphic designer Pablo Benito (+ slideshow).

Pablo Benito chose his favourite nightclubs in the world to draw as "a beautiful way to remember them," he told Dezeen. 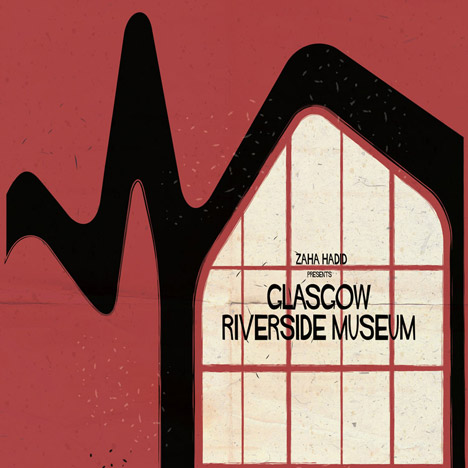 The facade of each building is depicted as a simple line drawing in muted colours, highlighting the diversity of their architectural styles – from industrial to almost rural.

The vast windows of the upper storeys of Berlin's infamous Berghain, a defunct East German heating and power station, are shown lit up in red and green.

Benito has also drawn the original venue of techno nightclub Tresor, which occupied a former department store in Mitte. The exterior of the club is shown lit by a street lamp with red light shining out from the basement.

Unlike these two Berlin venues, Benito illustrates the majority of clubs in daylight.

"Illustration by night is a bit harder, some of that clubs don't change to much by night, but others like Tresor or Berghain do and illustrating it is a good way to see this," said Benito.

Benito also chose to feature four clubs in his home city, including Sala Apolo, housed in a former theatre, and another cavernous warehouse building, Razzmatazz.

Amsterdam's Trouw, which shut early this year, was housed in a former print factory that is being turned into student housing. Benito also drew New York's Paradise Garage, another now-defunct club.

One of the most unique buildings in the series is Paris' La Machine du Moulin Rouge, recognisable by the windmill on its roof.

Another of the clubs with a distinctive exterior, and also the longest-running, is Barraca in Valencia – a former country house in the middle of a rice field named after the typical hut-like buildings of the area. Barraca was the first club Benito drew, as a present for his mother.

"Right now I'm trying to illustrate some of the very first clubs in the world, it is quite hard to found proper images, but with time I will find them!" said Benito.

Others in the series include London's Fabric, which occupies a renovated Victorian building opposite Smithfield Meat Market in Farringdon.

"In terms of architecture maybe Berghain is the most impressive for me, but you can see how," said Benito.

"La Paloma, Apolo, Cibeles and Moulin Rouge are similar, with similar colours, as all them were built at more or less on the same time! For sure, Barraca is the most different as its made from wood, straw and clay."