Competition: Dezeen has teamed up with Gothenburg-based Studio Esinam to give readers the chance to win its latest monochrome prints showing elevations of iconic structures in London.

Congratulations to the winners! Sarah Ricardo Tousa from Australia, Mark Harris from Germany, Carlos Gris from the UK, Andrew Chin from Malaysia and Adam Osman from South Africa all won a London Landmarks and Elevations poster.

Studio Esinam has added prints of architectural elevations in London to its Landmarks and Elevations range, which currently includes Tokyo, Berlin, Paris, Brooklyn, Stockholm and Gothenburg.

Detailed line drawings are used to represent each of the buildings and structures, which studio founders Josefine Lilljegren and Sebastian Gokah believe typify the UK capital. 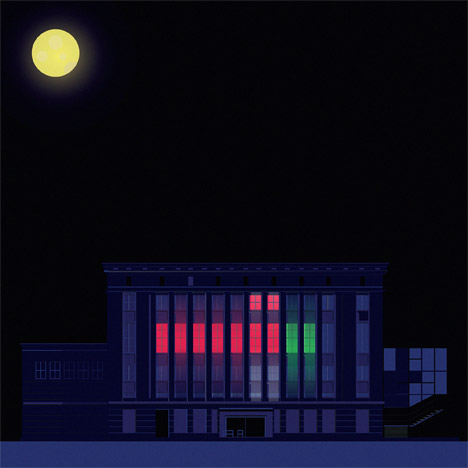 "When making the prints we are in a way searching for the character or soul of the city's architecture. The unique feel to it," Gokah told Dezeen.

"However we didn't feel that the unique character of London was connected to the city's architectural incoherence but rather rooted in its historical architecture and qualities of scale proportion, materiality, details and craftsmanship."

The new Elevations posters illustrates five London buildings. St Paul's Cathedral, Nelson's Column and Marble Arch are shown alongside the Elizabeth Tower – which houses the bell named Big Ben – and typical Georgian townhouses that can be found across the city.

"To us, the story of London is anchored in its historic architecture from the 18th, 19th and early 20th century," said Gokah.

"When working with these prints we looked at the city of London as a creative process unfolding over time, rather than as a geographical area."

Sized 50 by 70 centimetres, the Landmarks poster comes as an edition of 1000. The larger Elevations print – measuring 65 by 100 centimetres – has been produced in the same number.

The London posters can be purchased along with the other city versions from Studio Esinam's website.