Pomo summer: for the 30th anniversary of his 9093 kettle, the late Michael Graves created a special edition for Italian design brand Alessi that replaces the bird-shaped whistle with a dragon.

Alessi has launched the updated version of its once best-selling 9093 kettle, with the new addition that the American architect designed before his death in March 2015.

The dragon was chosen by Graves as an "evolution" of the iconic bird, which sits on the top of the spout and whistles when steam passes through to indicate that the water has boiled. 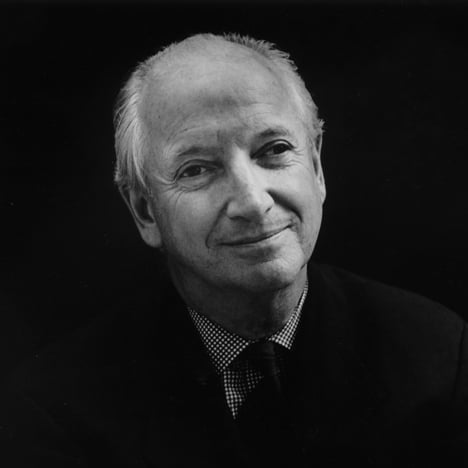 "So when Alberto Alessi asked me to design a new whistle to celebrate the 30th Anniversary of our teakettle, I imagined a new evolution in the history of our kettle – one where our little bird might transform into a superhero, a reptilian creature that is at once prehistoric, mythological, and futuristic."

Three versions of the dragon are available, in green, copper and limited-edition brass. Each anniversary pack also includes the original bird design.

"I chose the dragon imagery and its jade green colour because of the rich cultural heritage found in Chinese folklore that uses the dragon to symbolise power and good luck," said Graves.

The architect is perhaps best known for his Postmodern Portland Building, which was recently spared from demolition despite requiring $95 million (£60.5 million) worth of repairs.

Graves first began working for Alessi as one of 11 architects invited to create a silver set for the brand's Tea and Coffee Piazza project in the late 1970s.

In 1980, Graves expressed an interest in devoting half of his time to design and spoke to the brand's president Alberto Alessi about creating a series of products during a meeting at his Princeton studio.

"I have worked with hundreds of architects and designers in my career, but I've met really few able to get in tune with popular taste," Alessi told Dezeen following Graves' death. "It's a kind of mystery. Putting together these two extremes, being high-quality design but also being understood, is a talent. With Michael it was a natural talent."

The wings of both the bird and the dragon allow the rubber whistles – which Alessi revealed to Dezeen is the most stolen item from its stores around the world – to be removed when pouring out the liquid.

As the whistle is the most iconic part of the design, Alessi and Graves decided it would be the most suitable element to change for the anniversary.

"Our Dragon is friendly and he decidedly does not breathe fire, but perhaps lets off a little steam!" said Graves. "He has a smile on his face, an easy-to-hear whistle and a wing-span that makes it easy to remove him from our teakettle when the water boils."

"We hope our dragon will proudly protect our kettle and your kitchen for years to come."

The kettle is made at Alessi's plant in Crusinallo, Italy, and around 50 different production phases are necessary to complete one. Alessi has sold over 1.5 million 9093 kettles since the design entered production in 1985. It remains one of the brand's most popular products.

"[Graves] brought something new, something that was never done before," said Alessi. "He explained that it was acceptable, even on a cultural point of view, the fact of being ludic, of being Postmodern, of bringing a completely new hybrid language instead of the very purist language of, for example, Sapper."

This year Alessi is also launching a coffee moka by Michele De Lucchi, one of the founders of the Memphis Group and another key Postmodern designer. Dezeen explored the history behind some of Alessi's best-known products in a series of movies, which included Richard Sapper's harmonic 9091 kettle, Philippe Starck's Juicy Salif lemon squeezer and Aldo Rossi's La Conica espresso maker.