The studio developed furniture, crockery, cutlery and glassware, and invited international chefs to take inspiration from the objects to create new recipes.

"Cucina Futurista 2.0 propagates a new radical design for the haute cuisine," studio c0-founder Maciej Chmara said in a statement. "We want to encourage chefs to seek new approaches by working closely with designers." 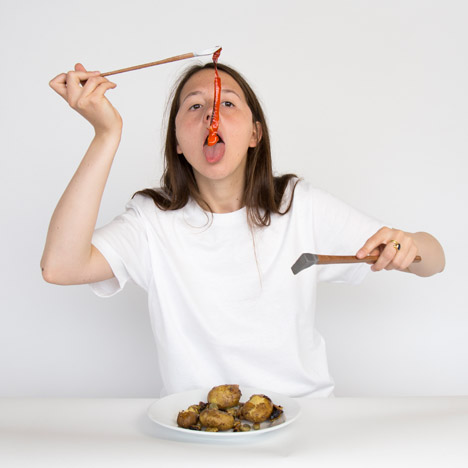 Shown at the MAK Museum of Applied Arts in Vienna, the exhibition was prompted by the writings of Filipo Tommaso Marinetti – specifically his 1932 Futurist cookbook, which called for a radical new approach to eating and food preparation.

It included a table set for 12 with glass globes in place of plates or bowls. Selected guests were invited to enjoy a four-dish meal at the table before the exhibition was opened as part of Vienna Design Week.

Also shown was a wheelable kitchen counter made of bent metal rods and wooden panels as well as alternative cutlery in the form of two-pronged forks and shovel-shaped spoons. 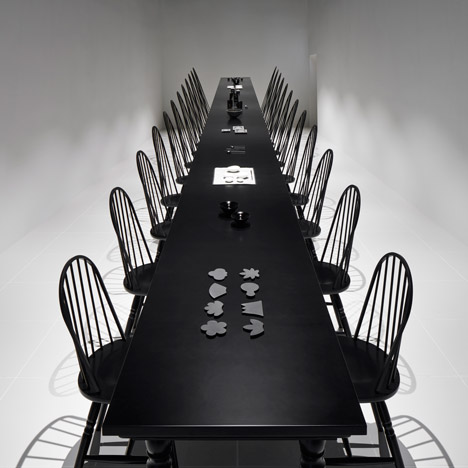 "Rather than pushing the design of the crockery itself to the fore, we believe that by setting limitations to the boundless possibilities of the white plate new creative solutions will arise," Chmara said. "These restrictions do not only concern the presentation of the dish, but also the kitchen equipment."

The exhibition was shown on 29 and 30 September at the MAK Museum during Vienna Design Week, which took place from 25 September to 4 October. The project was supported by Bosch and Nespresso, as part of its Design Scholarship scheme, which helps young designers develop product ideas.