Titled Passage, the installation was created for the Chicago Architecture Biennial, which opened 3 October and runs to 3 January 2016.

The metal structure covers a gently sloping ramp inside the Chicago Cultural Center, a late 19th-century Neoclassical building that serves as the main venue for the Biennial. The ramp stretches between an auditorium and the building's main banquet hall.

The 32-foot-tall (9.7 metres) archway is meant to experiment with the "spatial qualities" of a basic ramp. "As a connection of horizontal planes, the ramp is an inherently ambiguous, in-between space," said SO-IL. "Often unnoticed in daily life, the ramp presents itself as an opportunity for disruption."

The firm had originally set out to create an installation for a sloped room within the building, but the organisers misunderstood the request and ended up assigning SO-IL the ramp area. 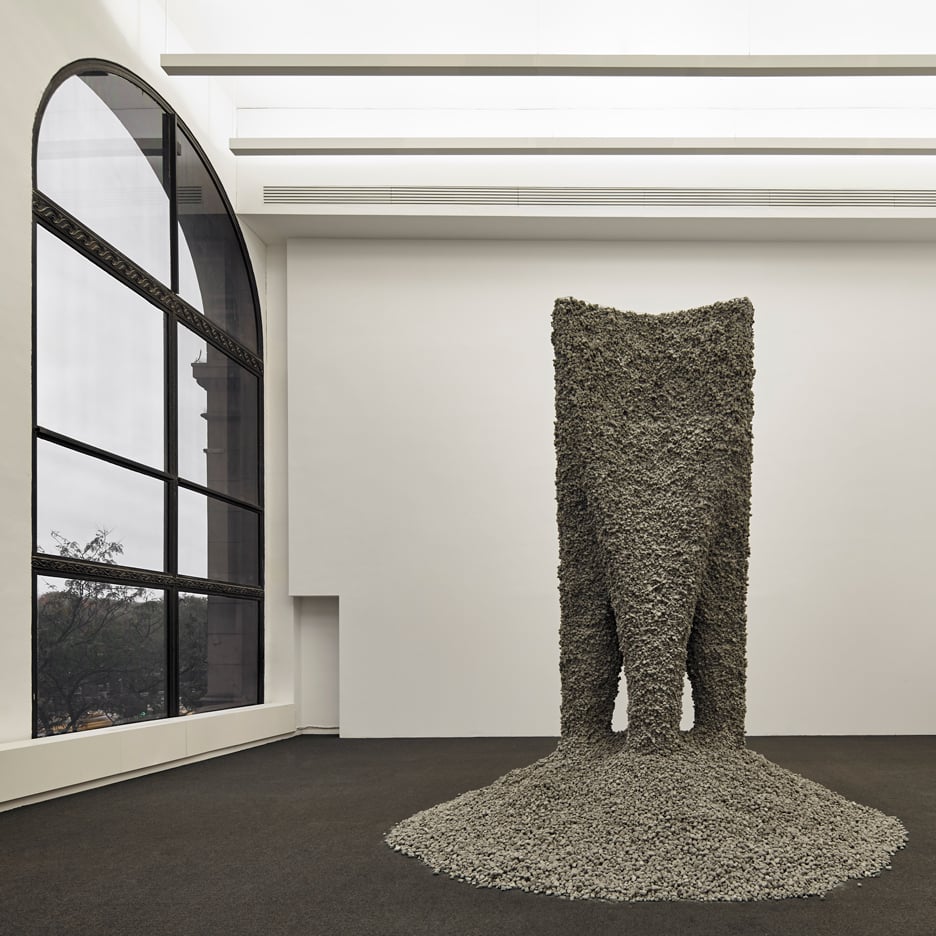 "We accepted this as a challenge," said Florian Idenburg, firm co-founder. "Rather than a 2D image of a 3D object or space, we believe architecture first and foremost is about creating a spatial experience. Therefore, we accepted the ramp as a site, since it did not allow for display and as such made a spatial intervention inevitable."

Envisioned as a series of "portals," the installation consists of tall, twisted frames made of steel studs – a basic building material typically found behind drywall and insulation.

"We used the most ubiquitous material today – the metal stud – but in an expressive way," said Idenburg. "We looked at the limits of what form can be achieved with the standard stud."

The steel framing is also a nod to Mies van der Rohe's use of the standard steel section in many of his American buildings, particularly in Chicago.

Each "portal" has a unique form and shape. "When seen from a distance, the overall structure increases the volumetric presence of the ramp," said the firm.

Lining one side of the passageway is an aerial image of Chicago by architectural photographer Iwan Baan. As a visitor traverses the ramp, the squares in the canopy structure become "individual picture frames, establishing a sense of pace and rhythm to one's movement, and revealing glimpses of the photographed city," said the studio.

Beyond a tight budget and short time frame, Idenburg said one challenging aspect of the project was keeping the ramp open during the construction process, since it is the only way for wheelchair users to get between floors in the building.

"It had to remain unobstructed throughout the entire construction period, which meant we could work only from midnight until 6am," he said. 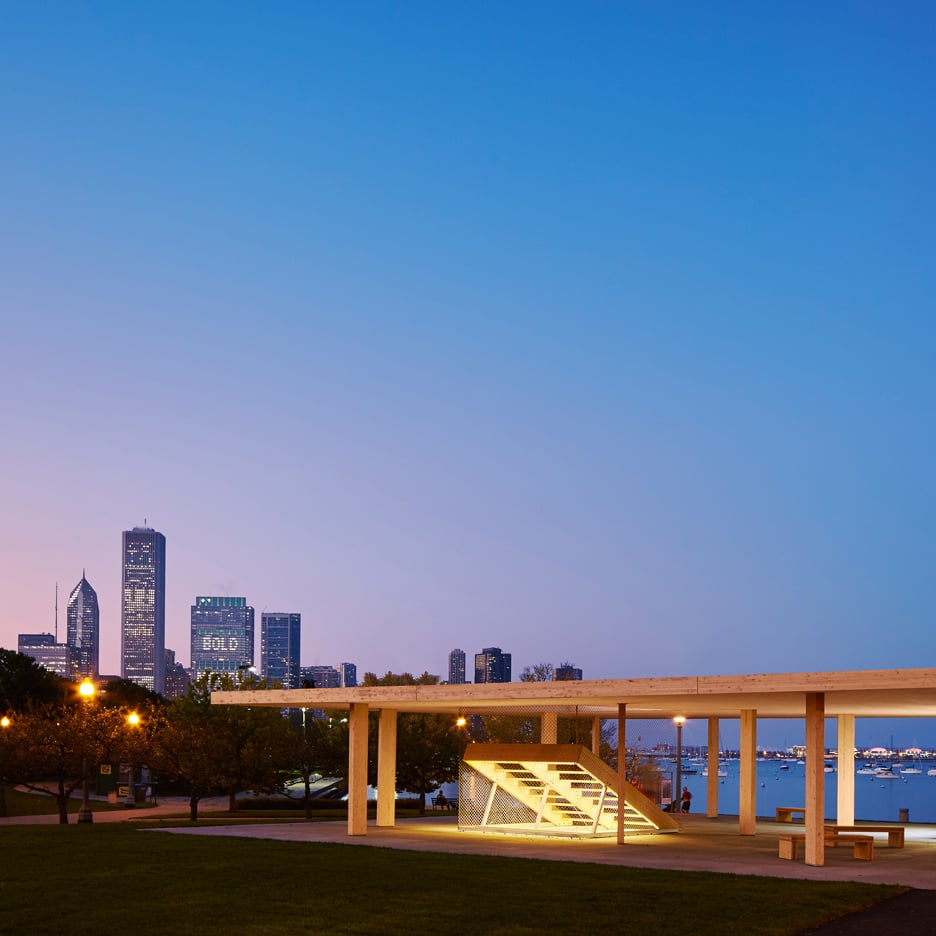 The Chicago Cultural Center – built in 1897 and designed by Shepley, Rutan and Coolidge – is the primary venue for the Chicago Architecture Biennial.

Other installations on view within the space include a prototype for low-cost housing by Vo Trong Nghia Architects, a rock sculpture built by a robot, and a proposal for a utopian city by WORKac and Ant Farm.

Described by curators Sarah Herda and Joseph Grima as a "site of experimentation," the Biennial features work by more than 100 designers around the world. The three-month-long event includes installations, exhibitions and events.

Based in Brooklyn, SO-IL was founded in 2008 by Idenburg and Jing Liu. The two met while working at SANAA in Japan.

Other projects by the firm include the new Tina Kim Gallery in Manhattan and a proposed Artes Amant gallery in Brooklyn.