New York architecture studio SO-IL's design for a new Brooklyn art gallery features a sculpted form that is meant to "exist in tension" with the building's interiors.

Called Artes Amant, the 14,250-square-foot (1,320 square metre) building will house areas for the production, display and storage of contemporary art. The facility is being constructed in an industrial area dotted with storage facilities and trucking companies.

Renderings show an asymmetrical, four-storey building with square windows and long clerestories. The building is essentially a large concrete block with portions gently carved away, resulting in voids and a lighter massing. 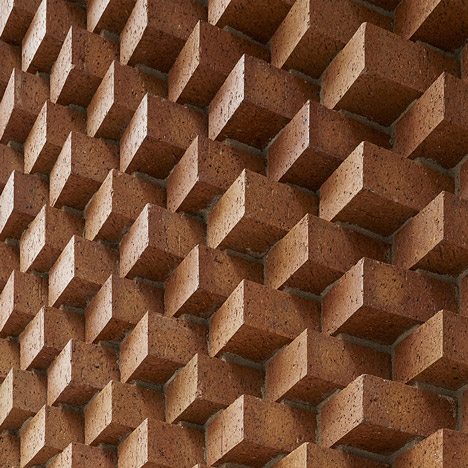 "This arts building is an exploration in soft form, where a cluster of shells acts to diffuse an exterior presence and shape the building's interior," said SO-IL. "The self-supporting geometry of these shells exists in tension with programming, light and circulation."

SO-IL co-founder Florian Idenburg said the building is designed from the inside out. "The aim is to create a collection of well-defined spaces where artists can work and art can be enjoyed and cared for," he said.

"The building is relatively closed," Idenburg added. "A variety of framed openings brings in light and intensifies the volumetric experience of the spaces."

Completion is scheduled for 2017.

Based in Brooklyn, SO-IL was founded in 2008 by Idenburg and Jing Liu. The two met while working at SANAA in Japan.

Known for its inventive use of materials, SO-IL has worked on a number of cultural projects. It recently completed the new Tina Kim Gallery in Manhattan, for which it created a decorative brick entrance, and it wrapped New York's Storefront gallery in white film, giving the building a vacuum-packed appearance.