The Refugee Republic interactive website was the recipient of both the Future Award – given to the most promising design of the future – and the top winner in the communication category.

Set in the Domiz Syrian refugee camp in northern Iraq, the online documentary uses a mixture of illustration, photography, moving image, recorded sound and text to give viewers insight into the daily lives of the camp's 58,000 refugees.

The online experience was designed by Dutch agency Submarine Channel – a producer of web documentaries and motion comics – who lived in the camp alongside the refugees while creating the project.

Opening with a short introduction to Domiz – which is 60 kilometres from the Syrian border – the documentary describes the typical experience of many refugees, who arrive at a camp with minimal possessions and receive standard housing supplies.

After the introduction, a labelled illustrated map appears that can be zoomed into. By clicking on parts of the map, viewers can explore different streets of the camp.

Using the arrow keys or scrolling allows users to "walk" through illustrated recreations of the roads, and experience ambient sounds, photo essays, audio recordings and footage of typical everyday activities – such as people praying at the mosque.

"By selecting Submarine Channel as the winner of the Future Award, the expert jury rewards a project that is clearly rooted in empathy," the Dutch Design Awards said in a statement.

"Despite its 'heavy' subject matter, Refugee Republic is a heart-warming plea for compassion. In a time when nuances can easily be overlooked, it is refreshing to see refugees portrayed not as victims but as human beings, which encourages us to relate to their experiences." 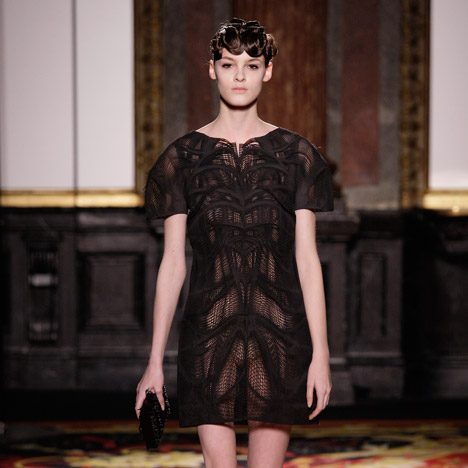 The welfare of refugees has been a recurring subject at this year's Dutch Design Week, with Design Academy Eindhoven students creating projects that address issues of citizenship and immigration.

Multidisciplinary studio Fabrique won in the service and systems category for its Van Gogh multimedia tour – created for the Van Gogh Museum in Amsterdam and designed to give visitors an in-depth interactive tour hosted on a touchscreen player.

Architect Arna Mackic's Mortal Cities and Forgotten Monuments book, which documents the role architecture played in the history of the Balkans, was awarded in design research, and Schilder Scholte Architects won in habitat for its Pani Community centre in Rajarhat, Bangladesh.

In the product category, Flex won with its "new generation sorting aid", creating to automatically process mail, while French fashion house Lanvin was awarded in fashion for its Autumn Winter 2015 menswear collection, designed by Lucas Ossendrijver.

Teresa van Dongen received the Young Designer Award, and the city of Eindhoven – where the 2015 Dutch Design Awards ceremony was hosted this evening – was the recipient of the Best Client Award, having established the Virtual Design Agency collective to bring designers and creatives together to brand the city.