Dutch bike manufacturer Vanmoof has launched a Kickstarter campaign for a poncho that protects the wearer and their bicycle from the rain.

Boncho covers wearers heads with a hood, and features an extended front section that covers the bicycle handlebars to also keep them dry. The extra part also protects riders' legs and feet.

The garment folds up to form a teadrop-shaped pouch that unfolds back into a poncho once unzipped. Reinforced seams are designed to help keep the cover in place while the cyclist is riding.

According to Vanmoof the garment is constructed from lightweight and water-repellent fabric that is "ultra-breathable" to stop riders from overheating while cycling. 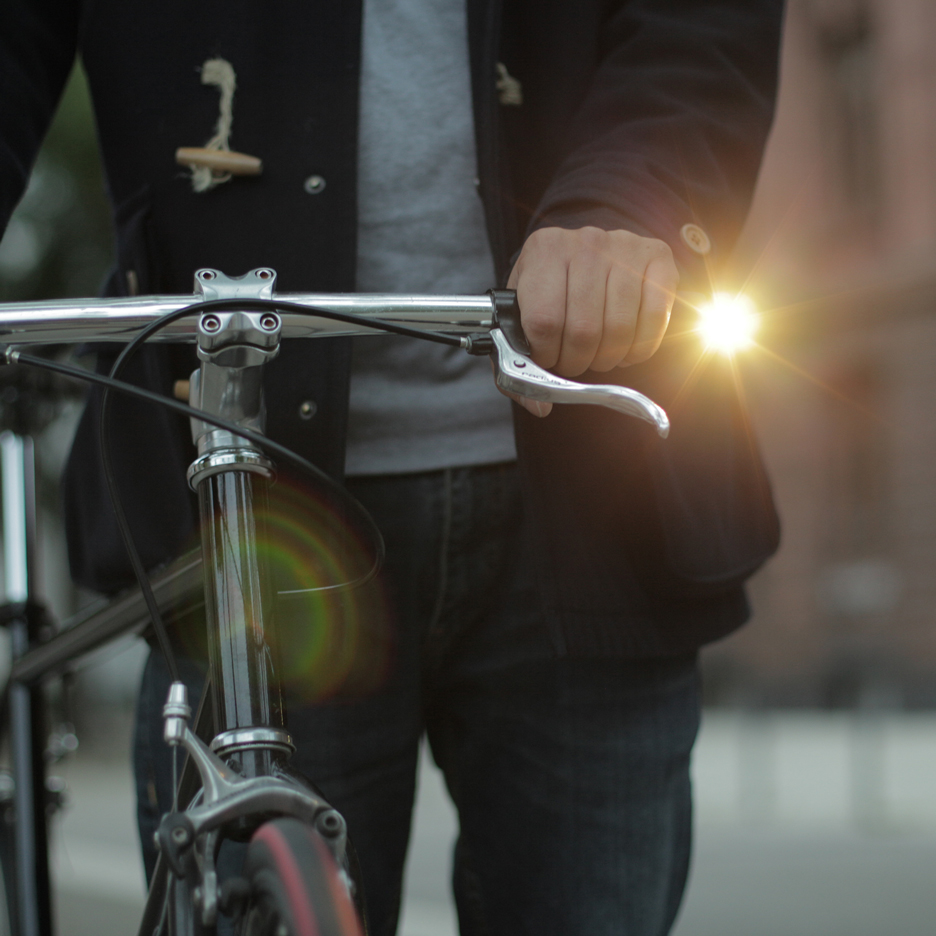 Magnetic STiKK bike light slots into the handlebars of a bicycle

"The Vanmoof team is constantly seeking new ways to remove the barriers that deter people from commuting by bike, and bad weather is one of the biggest barriers of all," said Vanmoof co-founder Ties Carlier.

"Boncho changes the game, empowering riders around the world to bike confidently and stay dry in the rain," added Carlier, who established the company in Amsterdam in 2009 with his brother.

The brand was awarded best consumer product for its No 5 stadsfiets bike in the 2010 Dutch Design Awards.

The company partnered with design graduates Shane Liu and Vicky Lin to develop the rain poncho. The pair had previously designed an umbrella with a metal framework that allowed it to be folded down for storage.

The garment will be available in three sizes, in green or grey, and according to the company will work with all bikes.

The crowdfunding platform has hosted several recent campaigns for cycling accessories, including a magnetic bike light that slots into the handlebars, a keyless bike lock that uses fingerprint data to unlock, and a compass that connects to cyclists' smartphones to guide them across the city.