An Australian duo have created a floating rubbish bin that can be installed in marinas to filter litter from the water (+ movie).

The Seabin prototype, which has been fully funded on Indiegogo, was created by Pete Ceglinski – who has a background in designing injection-moulded plastic products – and boat builder Andrew Turton. It is designed for sheltered bodies of water, where pollution is rampant and winds and currents move debris around.

"Marinas, ports and yacht clubs are the perfect place for the Seabin," said Ceglinski. "There's no massive ocean storms, it's a controlled environment. It catches everything floating in the water: plastic bottles, paper, oil, fuel, and detergent, 24 hours a day, seven days a week, 365 days a year."

"Another good thing with the location of the Seabin is people can see what we're catching and what they're swimming in," he added. 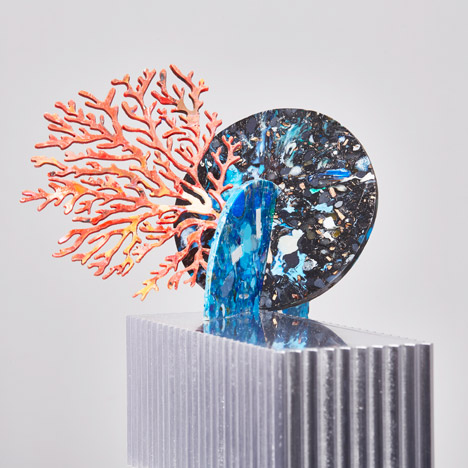 The Seabin floats on the surface of the water and is attached to a water pump that continuously sucks water into the container, separating rubbish or liquids such as oil and detergent.

The water is then filtered through the pump and added back into the ocean, creating a constant process that can take place across the course of a day.

The "catch bag" of the bin is made from natural fibre, which can be manually emptied of litter on a daily basis. The bag has been designed to be easily removable by a single person, and the bin continues to collect litter around its exterior even when the bag is full. The pair suggest that marinas and ports would be responsible for buying and maintaining their own Seabins.

The duo aim to develop a production process that will utilise plastics collected from Seabins to create more. They hope to produce the rubbish bins in "a variety of continents" to boost local economies and reduce shipping costs, and are currently investigating alternatives to the electricity-powered pump.

Ceglinski and Turton are also working with scientists to incorporate fish deterrent technology into the Seabin, and are collaborating with a marine biologist to study its effect on microscopic sea life.

The Ocean Cleanup project, which was shortlisted for the 2015 Designs of the Year award, also aimed to reduce pollution in the sea. The 100-kilometre array of floating barriers would clear the oceans of their floating islands of waste, by catching plastic and collecting it.

Others have found new uses for ocean plastic, using it for eco-friendly trainers, clothing, and furniture.