Polished, bush-hammered and board-marked concrete all feature at this Singapore house, designed by Ipli Architects for a concrete supplier keen to show off the material of his trade (+ slideshow).

Named Leedon Park, bungalow is located in the garden of the client's existing house, and boasts a terrace overlooking a swimming pool and tennis courts.

The building has a thin concrete shell, which displays the marking created by its timber formwork, and a pitched roof punctured with small rectangular openings.

Inside, the structure provides the client with a guest bedroom and living space. Other types of concrete techniques are visible here.

"The client, a concrete supplier, wanted to build a new house for himself with a material close to his heart," explained the architects, whose office is based locally. 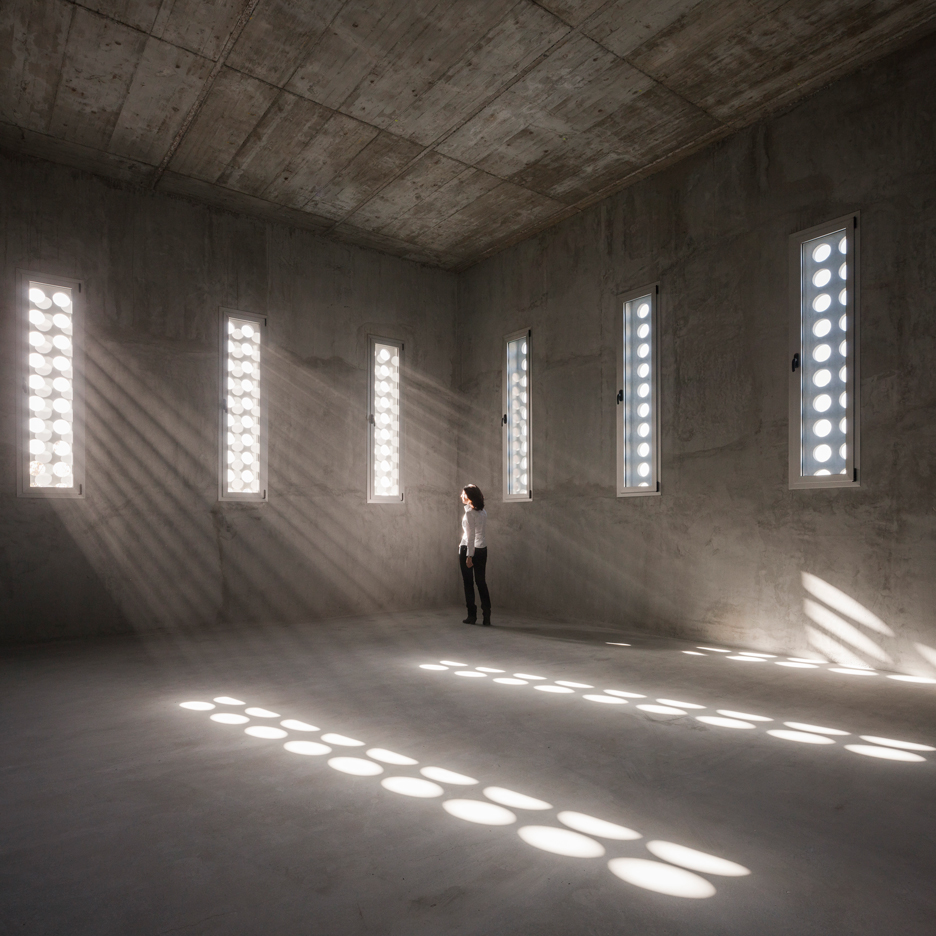 "Despite most of the house is being made with the same material, the concrete manifests itself as various finishes throughout the house."

"The house sets itself onto the land as a concrete monolith," added the architects. "Its form is an homage to the typology of a pitch roof house in the tropics, simple and singular in its expression."

Leedon Park was completed in 2011. Its concrete structure helps to insulate the interior against the tropical heat and harsh sunlight, while also allowing residents to benefit from passive heating and cooling.

Large ceiling fans and vents help to encourage air movement, while the small skylights puncturing the roof are covered with clear film that allows only a limited amount of daylight to filter through. This helps to avoid overexposure to harsh sunlight.

Matching openings are also set into the polished black concrete floor of the living space, providing some natural light for a home cinema located on the basement level below.

Floors throughout are made from the black polished concrete with white aggregate, but the composition of the flecks varies between the lounge, bedroom and bathroom.

The bathroom has a large decked shower with a glass door that opens into a small planted courtyard. This also helps to keep the interior well ventilated.

The concrete theme continues outside, where a black canopy extends from one side of the concrete driveway to shade a double parking space.

The driveway slabs have a rugged bush-hammered finish – a hand-hammering technique associated with the Brutalism movement.

One of its most well-known applications is across the interior walls of London's Barbican Estate, a 1950s housing and cultural complex designed by British firm Chamberlin, Powell and Bon's for a vast bomb-damaged site.

Photography is by Jeremy San.