This collection of concrete stationery by Chinese studio Umn Design is based on the geometric shapes made by folding paper (+ slideshow).

The V-pleats collection includes a bookend, a tape dispenser, a storage tray and a set of pen-holders, all of which reference the pointed shapes created by folding paper.

The V-vase containers come in a set of four, each a different height, and feature arrow-shaped openings that allow them to slot into one another. 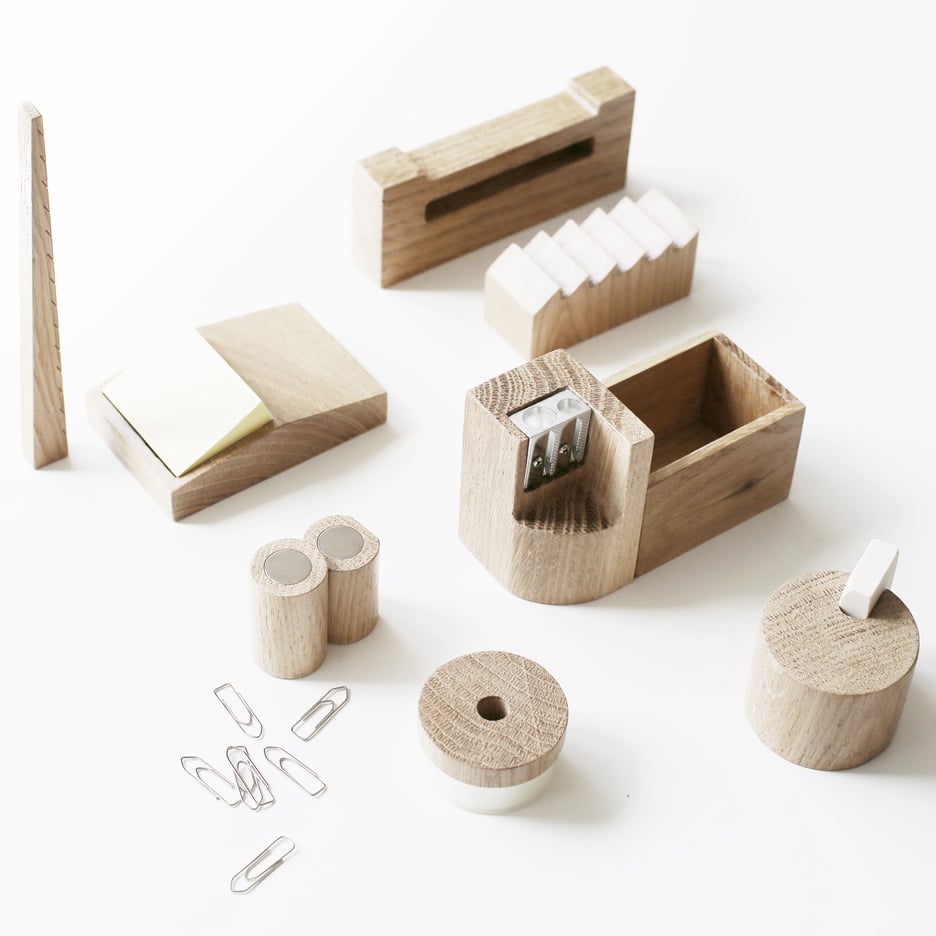 The V-tapeholder comprises a pair of triangles. The roll of tape is held at the centre of the smaller shape, and attaches to a taller triangle that is used to tear off sections of tape.

The triangular forms are repeated in the bookends, which also feature a zigzagging surface that gives owners room to store pens and pencils.

A similar pleated shape is also formed by stacking the V-pleats trays, which have pointed rims that can be slotted into one another. The salvers come as a pair, and include a rectangular and square tray.

Umn Design was founded in 2015. The V-pleats series is its first venture into stationery, although the studio has also designed furniture and a pair of clocks – including a table clock that's also made from concrete.

Taiwanese designer Yen-Wen Tseng also used the material for a range of bright blue stationery, which was made using cylindrical forms. London designer Magnus Petterson also used concrete to create a set of hand-cast desk accessories including a pen pot and tape dispenser.

Other stationery ranges launched recently include wooden accessories based on Russian architectural landmarks, a set of alternative pencil designs, and a collection made from volcanic rock.