Soft indents create hundreds of spots across the concrete walls of this health centre in northeast France, designed by Atelier Martel to offer support and treatment to epilepsy sufferers (+ slideshow).

Von Ledebur designed the stippled facade to reference the markings of an ancient tablet believed to be the first reference to epilepsy in written history, dating back to approximately 600 BC.

The dots cover all four of the concrete facades, as well as the exterior walls framing four courtyards within the building.

"The rough concrete offers new sensorial experiences, becoming sensual, tactile, round and soft," explained Atelier Martel, whose past projects include a house with four gabled facades in the Vosges Mountains.

"Focusing both on touch and the perception, the almost lunar concave expressions become, depending on the light, something of a trompe l'oeil," added the team.

The facility is set in a rural landscape, with business parks to one side and rolling countryside on the other.

There are 3,200 square metres of floor space in total, including both a residential care home and a disability resource centre.

The building is square in plan, measuring 60 metres long and wide.

The four rectangular courtyards divide the building up into an irregular grid, ensuring almost every room has a window.

The architects felt this layout would make it easy for doctors and staff to move quickly between rooms, but might also foster more conversations between patients. 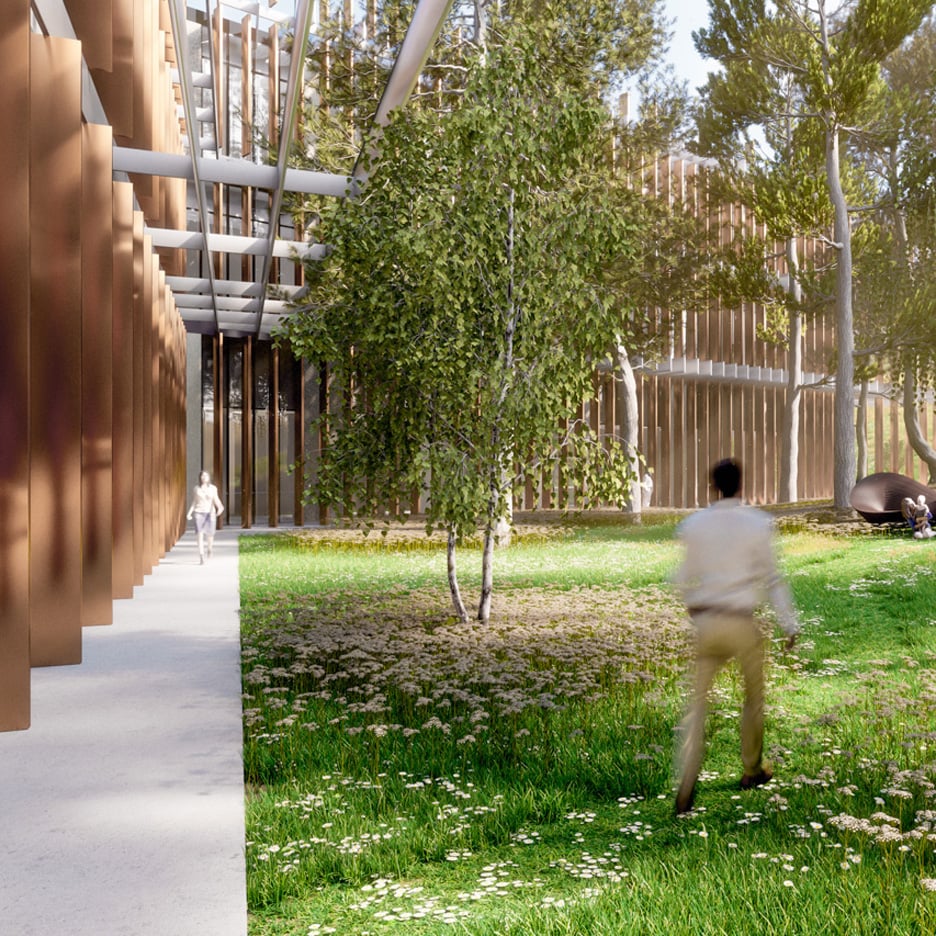 There are no dead ends, plus the single-storey arrangement helps to minimise the risk of accidents.

"Fluidity and the presence of natural light in all the corridors set a subtle dialectic between protection and opening," said the architects.

"The indoor and outdoor spaces, based on a cloister's model, are protected while directly relating to the landscape and the surrounding nature."

Deep-set windows emphasise the thickness of the walls. They feature wooden frames and shutters that offer a warm contrast with the stark concrete.

Inside, floors are covered with soft materials – another move to prevent injuries.

There is also a large wool tapestry featuring an assortment of colours, designed to brighten up the corridors.

Other interesting examples of specialist healthcare facilities include a bright red psychiatric centre in Spain and a Danish cancer care centre shaped like a cluster of houses.