Design Indaba 2016: the car industry is so obsessed with new technology that it is forgetting about people, according to Dutch designers Miriam van der Lubbe and Niels van Eijk.

Industry and governments are failing to consider the social and environmental impact of driverless technology, the duo believe, and are ignoring the potential benefits it could bring to cities.

"There's so much focus on the flashiness of the technology," said van der Lubbe. "But it leaves out the user and what mobility can mean in our society."

"The only thing we see in animations of self-driving cars is people working on their laptops," said van Eijk. "So it's yet more technology, and not the extra value you could get out of this."

"You see the driver's seat turning around or there's a table suddenly somewhere in the car, but that does not get to the essence of what mobility can mean in our society," added van der Lubbe.

Speaking at the Design Indaba conference in Cape Town last week, the duo showed a series of projects exploring the driverless future for car brand Volvo, including a mirrored vehicle from which passengers can discreetly view the passing landscape and a fabric car where people can dine together or sleep.

Through their work with Volvo the duo have explored ways of making car interiors into more sociable spaces, and investigated how the relationship between the car and the landscape could change in the future. 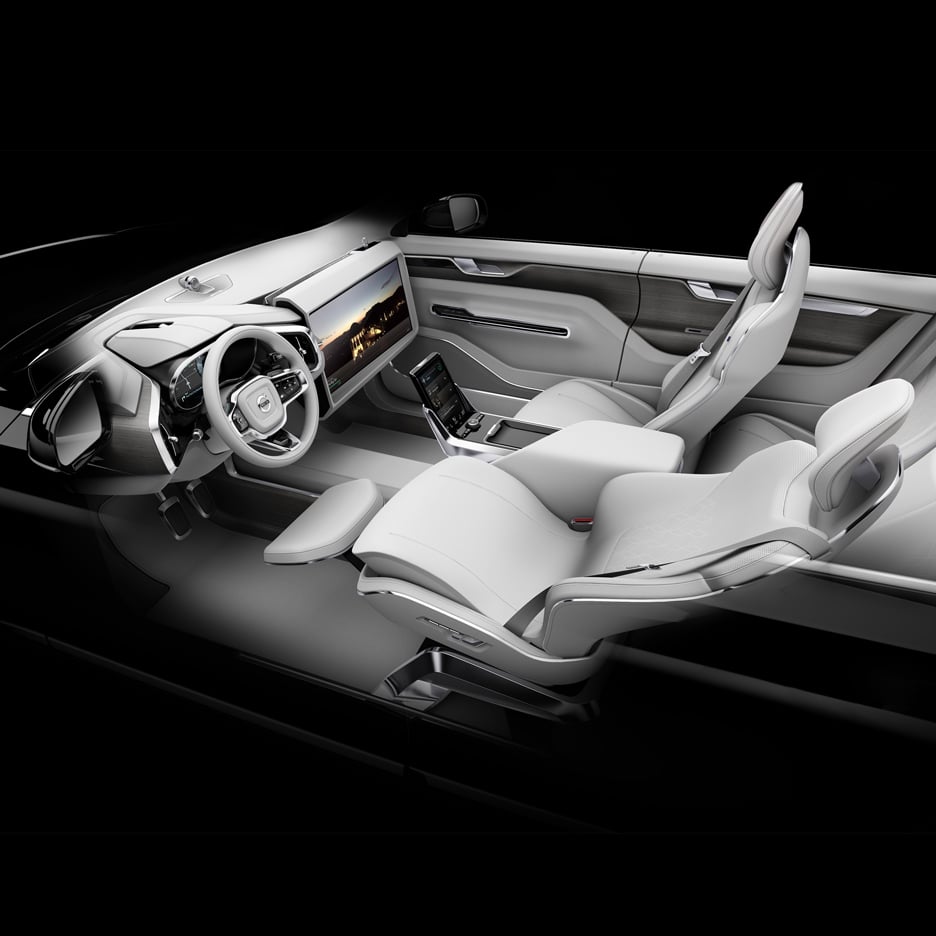 However, speaking to Dezeen after their lecture at the Design Indaba conference in Cape Town last week the designers – who are based in Geldrop near Eindhoven in the Netherlands – expressed surprise at how little thought is being put into these issues.

"Within 20 or 25 years everything will be in place to travel in a completely different way," said van der Lubbe. "You can redefine what the interior of a car should be like. But there's not a real vision of the future of driving."

Van der Lubbe said she was shocked to discover when speaking to the transportation authorities in the Netherlands that no work is being done in this area beyond thinking about the legal and safety implications of driverless cars.

"There's so many opportunities if you think about what this could actually mean for everybody, not only for individuals but for societies and for cities and for environmental issues," she said. "But the discussion is missing. It's almost only about the techniques. It's so much more important than that."

A 2007 report into how people used their vehicles by BMW found that car journeys had replaced mealtimes as the most important social occasions for families. But van der Lubbe said thinking had hardly moved on and car passengers "are still looking at other people's backs".

She said that autonomous technology would make existing protocols of road use redundant since vehicles would no longer need to wait at lights, slow down at intersections or even drive on different sides of the road.

The built environment will change dramatically too since the visual clutter of road signs, lights and markings will no longer be required and cities, which have for 100 years been designed around the requirements of human-driven vehicles, could take on radically different forms.

She added: "Our environment is a huge visual noise of highways, traffic lights, signs, lighting… There's so much in our cities that has to do with traffic but technology can solve a lot of things."