Villa Matilde has been the home of Ms Dalva for decades, but it had become severely dilapidated over time.

Her son initially wanted to move her elsewhere, but later realised it would make more sense for her to stay in the same location, close to her relatives and friends, and approached Terra e Tuma to work out what options were available.

"The first option was to sell the house, and with her lifetime savings acquire a small apartment, even further away and most likely without access to an elevator – a troublesome situation, considering her advanced age," explained the architects.

"Before long, it was glaringly obvious to resist displacement and isolation, to not move away," they added. 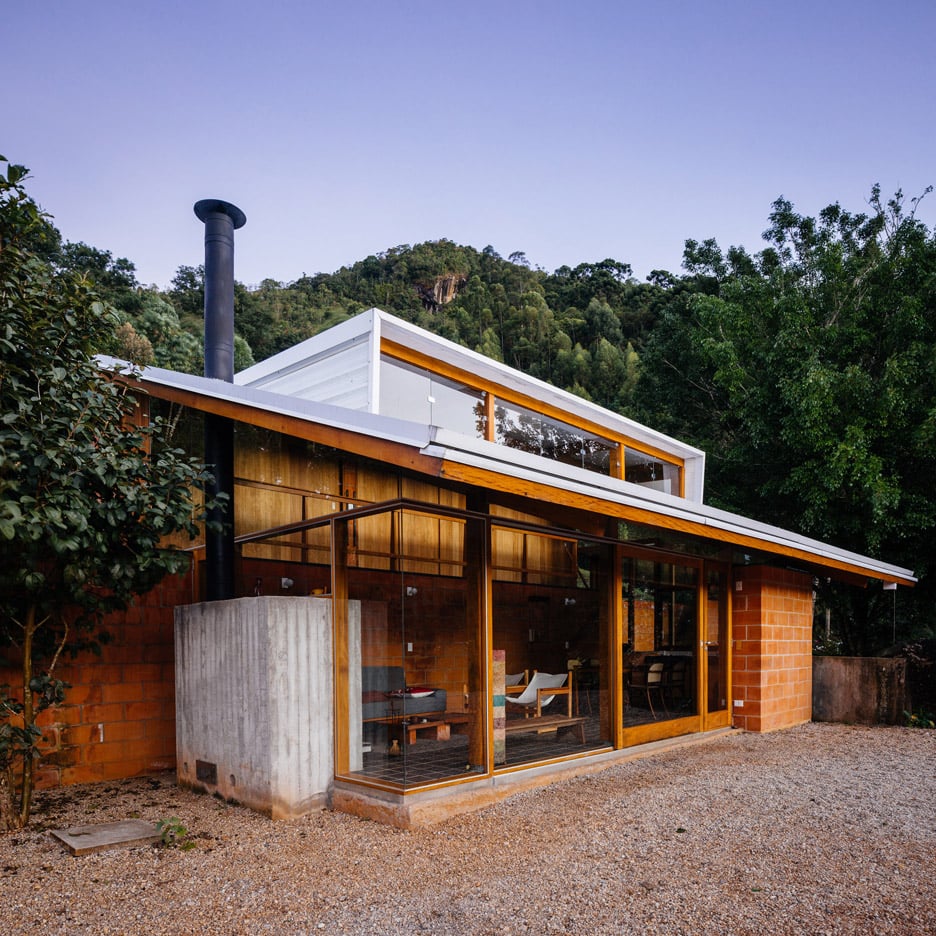 Half-Slope House nestles against a hillside in Brazil's Mantiqueira Mountains

"With this in mind, it was up to us and a network of collaborators to make it work."

Working to a strict budget, the team planned a new building. They chose to build load-bearing walls using concrete masonry blocks, which made it possible to erect a new house quickly and cheaply.

This became even more critical when, in early 2014, the house started to collapse and Ms Dalva had to temporarily move in with another member of the family.

"The new house had to be built as fast as possible, else her expenses would completely consume all savings," explained the architects.

"Careful demolition of the old house took four months, at the same time that we executed the foundation and reinforced retaining walls that supported neighbouring buildings," they said. "The house was completed six months after masonry work was set forth."

The plot is just 4.8 metres wide, so designing a layout to suit a resident with limited mobility was a challenge. But Ms Dalva has few possessions, so it was possible to keep spaces very simple.

Most of the rooms are on the ground floor, arranged around a simple courtyard. The living room is at the front, an en-suite bedroom is at the back, and the kitchen and utility areas line the corridor that runs in between.

The first floor contains a guest room and bathroom, making the total floor area up to 95 square metres. It leads out to a generously sized roof terrace including a vegetable garden.

Terra e Tuma describes the layout as "a simple solution, the result of a long, complex and gratifying process".

Villa Matilde was completed in 2015 and was recently named best house in the Archdaily Building of the Year awards. It follows another concrete-block building by Terra e Tuma – the sunken three-storey Maracanã House.