Geneva Motor Show 2016: Chinese startup Techrules has unveiled a track-focused concept vehicle that can be recharged on the move via an on-board turbine at the 86th Geneva Motor Show.

Designed to showcase technologies to prospective electric vehicle manufacturers, Techrules' concept vehicle – which it describes as China's first supercar concept – uses a micro-turbine to generate electricity that charges a battery pack. The battery power then drives the wheels.

The effect is to extend the total range of the high-performance vehicle, which can reportedly travel up to 93 miles (149 kilometres) without having to recharge.

"We believe it may redefine how the next generation of electric vehicles is powered," he added.

The turbine itself is powered by gasoline, but could still offer dramatic reductions in emissions and improve efficiency for battery-powered vehicles, according to Jin.

"In the conventional cars that dominated the 20th century, the combustion engine that converts a fuel's chemical energy into a useful mechanical energy is also the driving engine that turns the wheels," explained Techrules technology chief Matthew Jin.

"But, with electric vehicles, an electric motor is used to drive the wheels, which effectively frees the combustion engine to exclusively convert chemical energy into mechanical energy and finally into electric energy," he continued. "This is a major breakthrough, making it possible for us to use the highly efficient turbine engine as a superb range extender on our vehicles."

The racing vehicle features a large rear wing, which harnesses air flowing over the vehicle to push all four wheels to the ground – a process known as generating downforce. Dihedral doors, or butterfly doors, move up and out via hinges along the A-pillar – the vertical supports either side of the windscreen.

The vehicle's carbon-fibre monocoque chassis offers a lightweight and strong protective structural shell, while a longitudinal T-shaped battery pack runs down a central spine of the car. 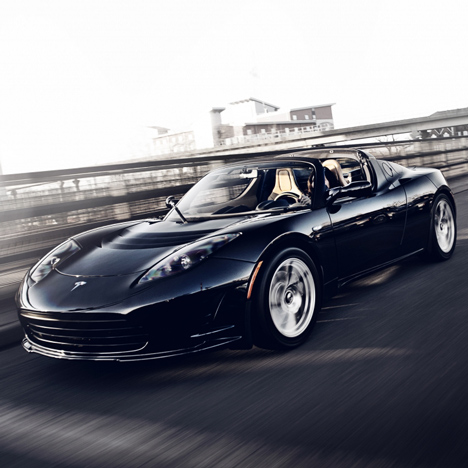 The turbine technology has also been fitted to a road-focused model, which is designed to run on a gaseous fuel such as biogas or natural gas. The GT96 TREV incorporates plug-in charging capability so drivers can top up with electricity if needed mid journey.

Each design presents a vision of how turbine-recharging supercars might look when the technology enters production within the next few years, according to the Chinese firm.

All-electric and hybrid supercars stole the headlines at last year's Geneva Motor Show, with McLaren, Koenigsegg and Aston Martin all showcasing vehicles equipped with the technology.

At this year's event in Switzerland, which runs from 3 to 13 March 2016, French manufacturer Bugatti hit the headlines after unveiling what it describes as "the world's most powerful and fastest car".

Architecture firm Foster + Partners and auto brand Nissan also revealed a vision for self-charging driverless cars that could power the home at the show.