A mature fir tree would be enclosed at the centre of this conceptual tubular glass house by Kazakh architect Aibek Almassov, which may finally become a reality now that potential investors have been found (+ slideshow).

Tree in the House is designed by Almassov of A Masow Architects as an inverted treehouse, intended to provide an escape from the "sweltering concrete boxes" of city life.

It features a completely glazed and cylindrical structure to give 360-degree-views of a forest setting.

An investor was initially secured when the project was first designed in 2013, but they subsequently pulled out and it seemed the project would never be completed.

But a glass and solar panel manufacturer is now interested, according to Almassov, so construction could be imminent.

"Really it's not so difficult to build it," he told Dezeen, "the problem was to find an investor."

"At the moment, we have found two of the investors," he added. "One of them has owns a factory for the production of glass with transparent solar panels. He is interested in this project so we are negotiating right now with him."

Renderings show the tubular building residing in a woodland clearing with its uppermost storeys rising above the tree canopy – although the project is not bound to any particular location.

"The main purpose of this project is to offer an alternative to the bustle of city life," said the architect. "We wanted to combine the capabilities of modern industrial design and the natural wealth and beauty."

"And more importantly it doesn't harm to environment," he added. "This is an opportunity to escape from the sweltering concrete boxes and feel the present unity with nature." 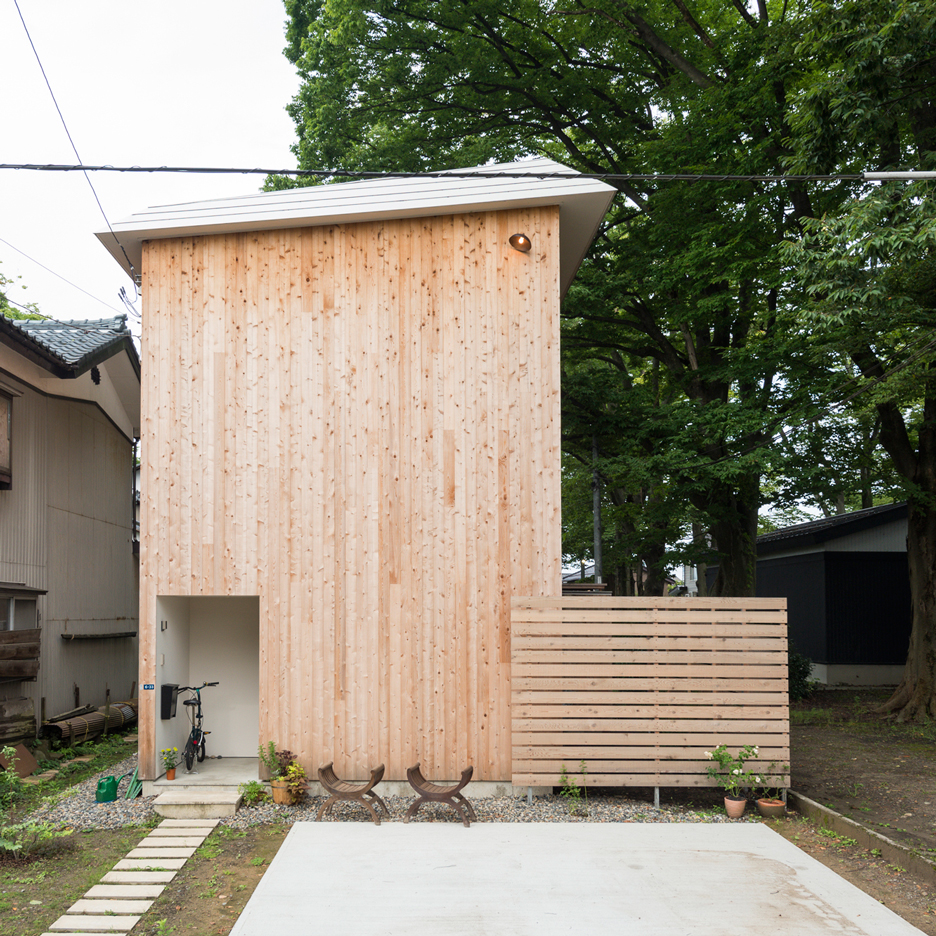 The glazed walls and ceiling will reveal four narrow ring-shaped floors, as well as a spiralling white staircase that wraps around the trunk of the tree.

Glazed balustrades with wooden railings will surround the atrium on each level so as not to block the views.

"Climbing the stairs [in this] unusual house can be compared with the stages of spiritual purification, enlightenment, harmonising with the environment," said Almassov.

Images show the boughs of the tree extending outwards towards the glazed walls and roof, encroaching on the minimal floor space.

An entirely glass shower cubicle mirrors the tubular form of the building, while other parts of the conceptual residence are seen dressed with free-standing furniture that follows the curving walls.

Almaty-based A.Masow Architects previously created a set of photo-realistic renderings of a concrete house that balances over a hillside in Kazakhstan. Like Tree in the House, ImagineHouse was also designed to isolate its residents from the noise of the city.

Images are courtesy of A.Masow Architects.