American company Under Armour has joined the list of sportswear brands incorporating 3D printing into shoes with the launch of lattice-soled trainers designed to be suitable for any sport (+ slideshow).

According to Under Armour, the lattice midsole of the Architect trainer creates a "unique anatomical heel structure". This red portion of the shoe is designed to cushion the foot regardless of the sport being played, and offer better stability than hard midsoles.

The company used Autodesk's Within software to create the footwear, setting specific requirements for cushioning and weight before running the design through an algorithm to generate thousands of alternatives.

"This technology enabled us to develop a performance training shoe that was a hybrid of stability and cushioning," said Chris Lindgren, vice president of training and outdoor footwear at Under Armour.

"3D printing is the only way to create the intricate lattice structure of the UA Architect's midsole that provides both of those properties."

"We believe that 3D printing will fundamentally change the way we make footwear, enabling more flexible manufacturing," he added. 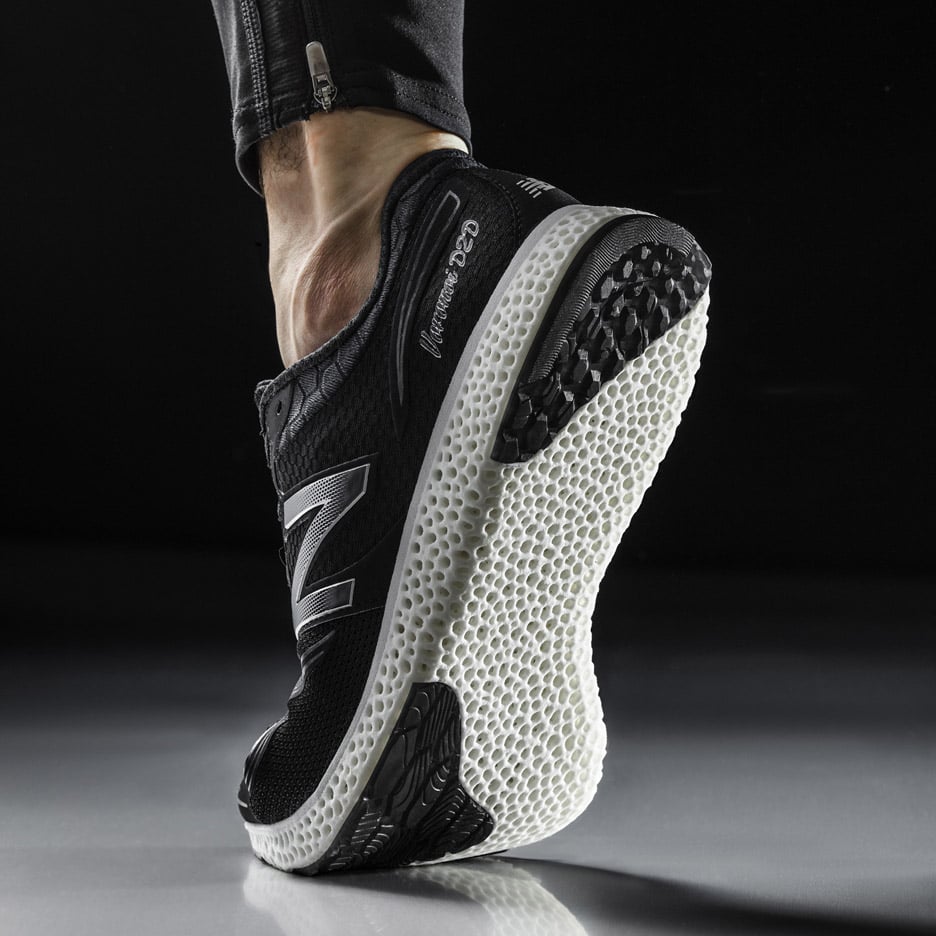 The shoe will be available for $300 (£212), in a limited edition of 96 pairs to celebrate the company's 20th anniversary. The brand said that it plans to release further 3D-printed iterations of the shoes in the future.

"The ability to use 3D printing points to a future in which the idea of 'mass customisation' becomes possible," said Lindgren. "3D printing will allow for personalised and customised footwear based on an athlete or consumer's height, weight, and athletic needs."

Adidas has also tested the possibilities of 3D printing, using the technology to produce similarly latticed soles that could be tailored to each wearer's footprint. New Balance took a comparable approach, partnering with Nervous System to design prototype soles based on foot pressure data.