Japanese firm Torafu Architects has designed a lightweight workstation that can be folded into itself for easy carrying.

The Light Light Desk was made as part of a pair of workshops, which saw designers from Switzerland and Japan invited to visit each other's countries for five days, and collaborate with local companies.

The designers worked with furniture manufacturer WOGG in Switzerland and Ishinomaki Laboratory in Japan to create the Light Light Desk, which apparently blends elements of Swiss and Japanese culture. 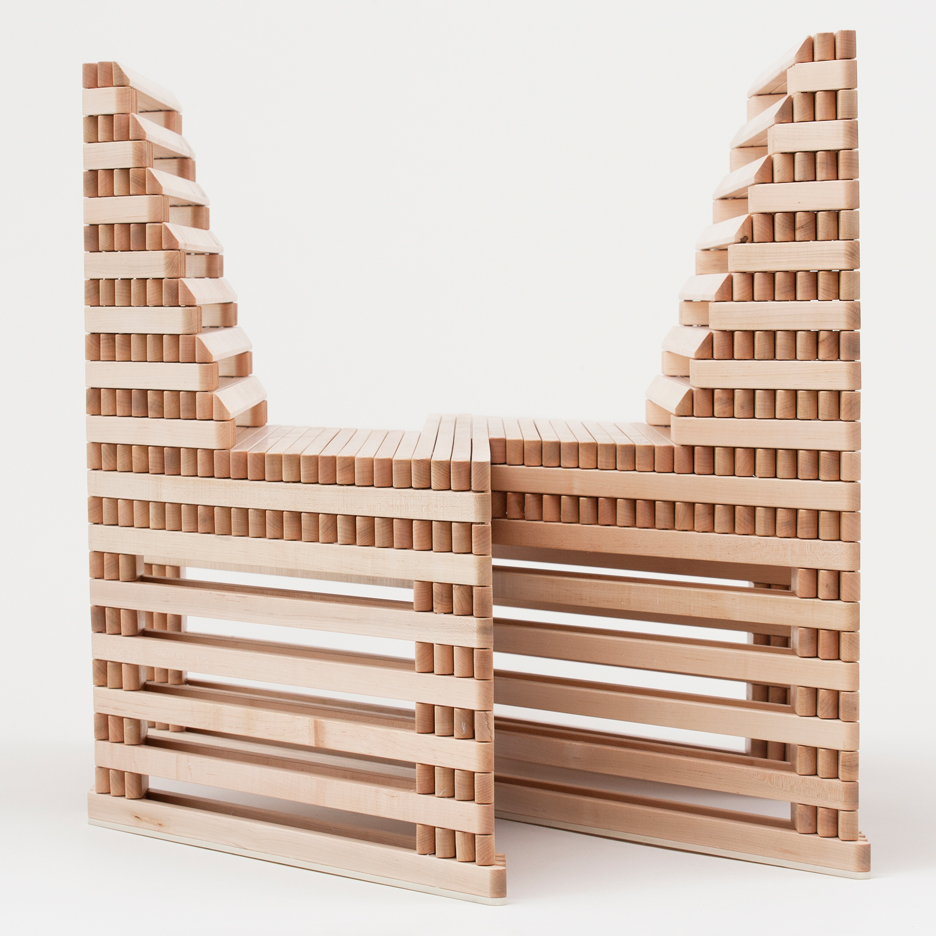 The desk is made from a lightweight aluminium framework. An LED embedded into the upper part of the frame, built from light panels manufactured by WOGG.

"To use WOGG's energisable sandwich panels was the theme of the product," said the firm. "This sandwich panel has a current-carrying part between aluminium panels, so we wanted to make products including lighting."

The furniture features A-shaped aluminium legs – similar to a stool previously designed by Torafu – which extend upwards to form an overarching rectangular frame. The legs fold on top of one another, and the tabletop can be placed flat for storage or transportation.

The desk is the latest in a series of furniture designed by the Japanese architecture firm, which includes a wooden chair that hides a dolls' house, and a six-sided pieces of furniture that could be flipped over to reveal different functions.

The studio has also worked on a range of interior projects, including an experimental ice cream parlour in Tokyo, and a cedarwood-lined store for Australian skincare brand Aesop in Osaka.