German product designer Simon Frambach has designed a table light is dimmed by lowering the shade like a switch (+ movie).

Frambach designed the Nod lamp as a minimal alternative to the "large and voluminous" shades that he believes have become functionally redundant.

The lamp features a rectangular aluminium stem that sits on a circular base, and supports a round, flat shade. A lollipop stick-shaped tab on the top allows users to tilt the lamp up and down, dimming or brightening the light as they do so.

"All functions are simplified into one intuitive action that leave the task light to be void of any buttons or sliders," said Frambach, who is currently studying Industrial Design at the School of Arts and Design in Kassel, Germany.

The designer based the light's mechanism on the up and down motion of flip switches, and the way laptop screens automatically brighten when opened. The shapes of pop-up headlights that raise from cars bonnets also formed a reference for Nod's shade. 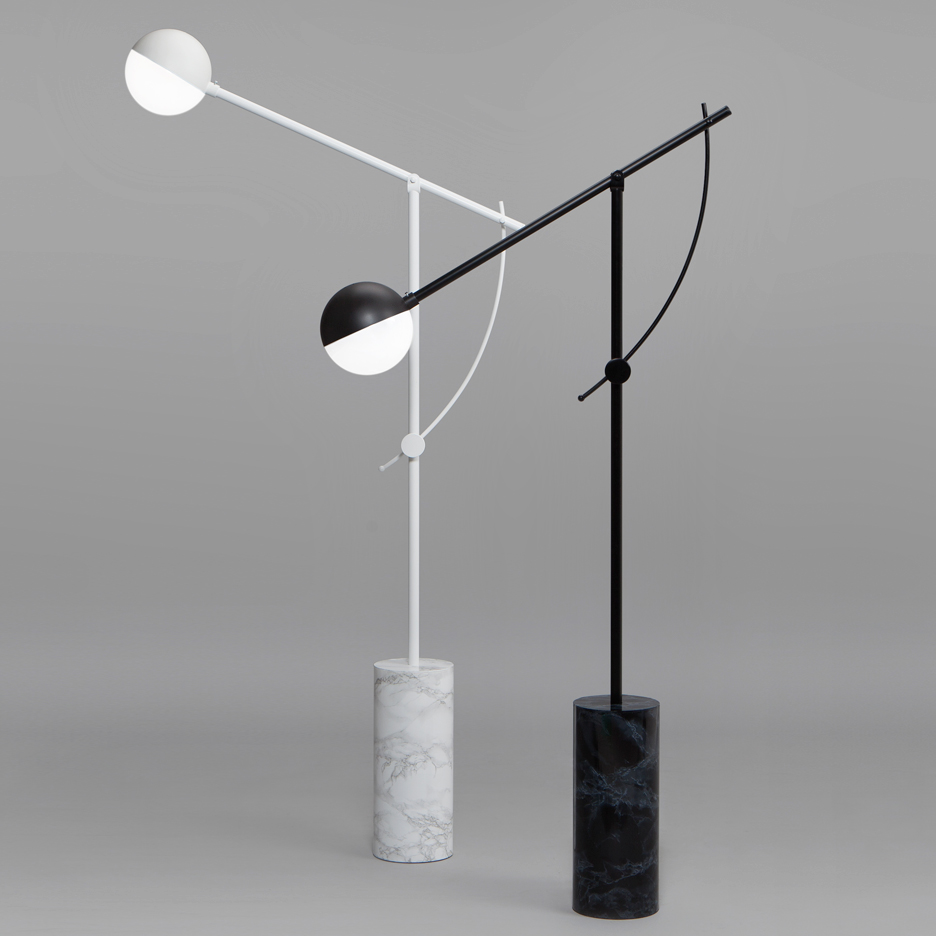 "I think some of these occurrences and correlations are deeply linked to our subconscious," said Frambach. "We incorporate these connections in our minds without necessarily being aware of them."

"By mimicking these observations, devices of our everyday lives can appear more accessible and intuitive," he added. "It helps to closely connect the handling of an everyday object to our behaviour."

The use of a thin anodised aluminium shade means the lamp acts as a heat sink, transferring the warmth away from the light source. The material is also resistant to corrosion and wear.

The light was the recipient of a Designplus award in 2016, given by the German Design Council, and was shown at the Light + Building fair in Frankfurt from 13 to 18 March 2016.

Australian designer Ross Gardam also incorporated movement into his Aura desk lamp, which can be adjusted by turning its magnetically attached shade, while David Derksen created a set of lights that show different patterns when rotated.