Opinion: initiatives like What Design Can Do's Refugee Challenge encourage designers to believe that they can solve international problems that go far beyond their reach, says Ruben Pater.

We are facing a humanitarian crisis. There are 60 million displaced persons in the world, another stateless child is born every 10 minutes, and three million people have no access to water, food, housing, work, education, and are caught in legal limbo.

This crisis has inspired many designers to launch projects directly for and about refugees, the most recent of which is the What Design Can Do (WDCD) Refugee Challenge, for which Dezeen is a media partner. But approaching the refugee crisis as a design problem without the proper context can be problematic, and even harmful.

Launched in February, the Netherlands-based WDCD Refugee Challenge invites designers, creative thinkers and problem solvers to come up with "bold ideas" to help refugees, with a deadline of 1 May 2016. Five finalists will be announced at the WDCD conference in Amsterdam in July, and will receive a €10,000 (£8,000) reward to realise their ideas.

The finalists will then go into an "accelerator", in which they create a working prototype and a business plan. After a project pitch, one will be announced as the winner. Dutch newspaper De Volkskrant has compared the Refugee Challenge to Dragons Den, a reality television show in which contestants pitch their ideas to investors.

WDCD should be praised for taking the initiative to create a platform for designers that want to address the refugee crisis. The involvement of the UNHCR as a partner shows that the organisation has a serious ambition to structurally improve the situation of refugees. 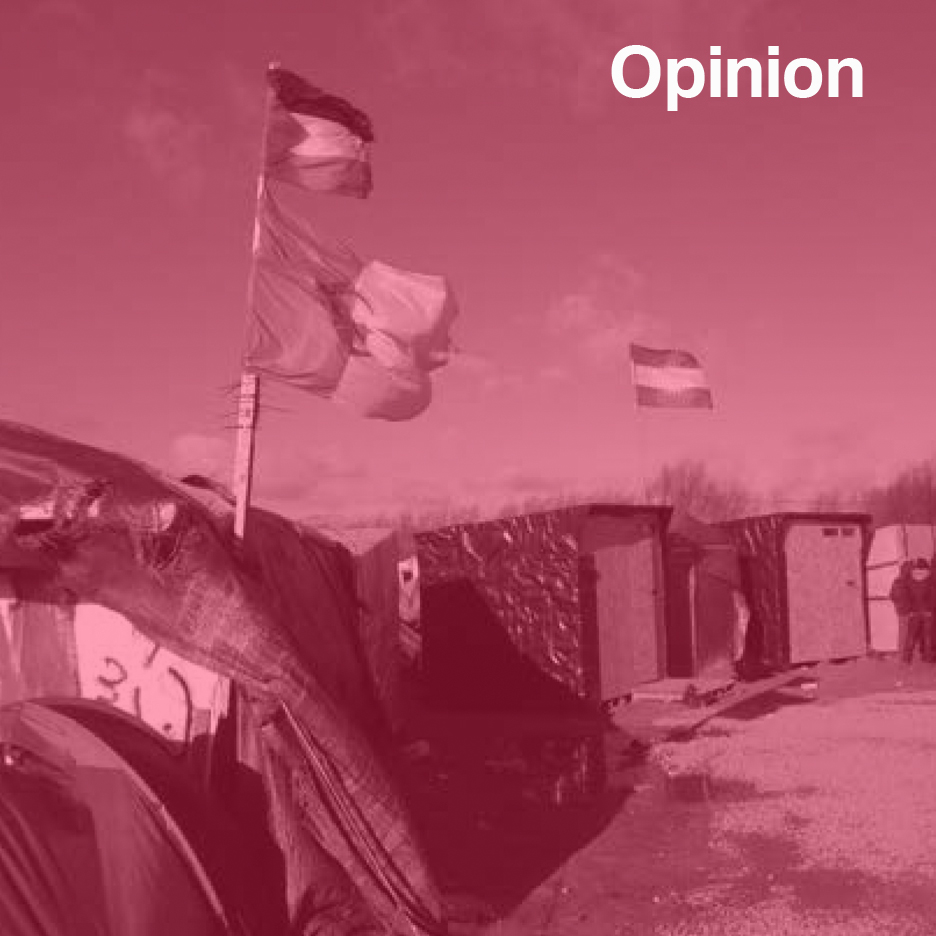 However, the way the Refugee Challenge is communicated leaves a lot to be desired. This is important because it sets the scene for the kind of solutions that will be submitted.

WDCD says the refugee crisis is "a global challenge too big for governments and NGOs alone", positioning design as the ultimate problem-solving discipline in a way that coincides with the narrative of neoliberal European policies.

In recent decades, governments have cut spending on welfare, education, and foreign aid, advocating that the free market — including design — can provide a better alternative. The ruling VVD party is implementing neoliberal policies in the Netherlands, and has recently proposed closing the Dutch borders for refugees completely.

By emphasising the problem-solving capabilities of design, the WDCD Refugee Challenge supports the idea that the free market is much better at solving the world's crises than governments are. Design may be able to come up with clever products or enlightening ideas, but only governments and NGOs can provide refugees with the resources, infrastructure, and laws that are needed in the long run.

WDCD's good intentions could backfire if the designs are used as an excuse for governments to cut their spending on refugee support.

It is also absurd to suggest that design can come up with solutions for a crisis that is political and socio-economic at heart. European countries were intervening in Middle Eastern politics way before the Englishman Sykes and the Frenchman Picot carved out most of the region's borders in 1916.

More recently, the Dutch military was part of the invasion of Iraq in 2003, and the war in Afghanistan between 2006 and 2010. At this moment, Dutch F-16's are bombing Syria and Iraq.

Another contributing factor to the crisis is poverty and joblessness in the global south. Income inequality has only grown with IMF policies, trade barriers, and EU subsidies, which have prevented many southern countries from participating equally in the world economy. As long as these economic barriers are in place, we will see more and more people seeking a better life in Europe.

By ignoring this back story, the WDCD Refugee Challenge keeps the root of the problem out of sight. But designers can not successfully intervene in the refugee crisis if political and military interventions are not taken into account – if they can't understand their agency or lack thereof.

The first WDCD Refugee Challenge is to design a shelter. By shelter, the brief means the temporary housing facilities that refugees stay in until their requests for asylum are accepted or rejected. 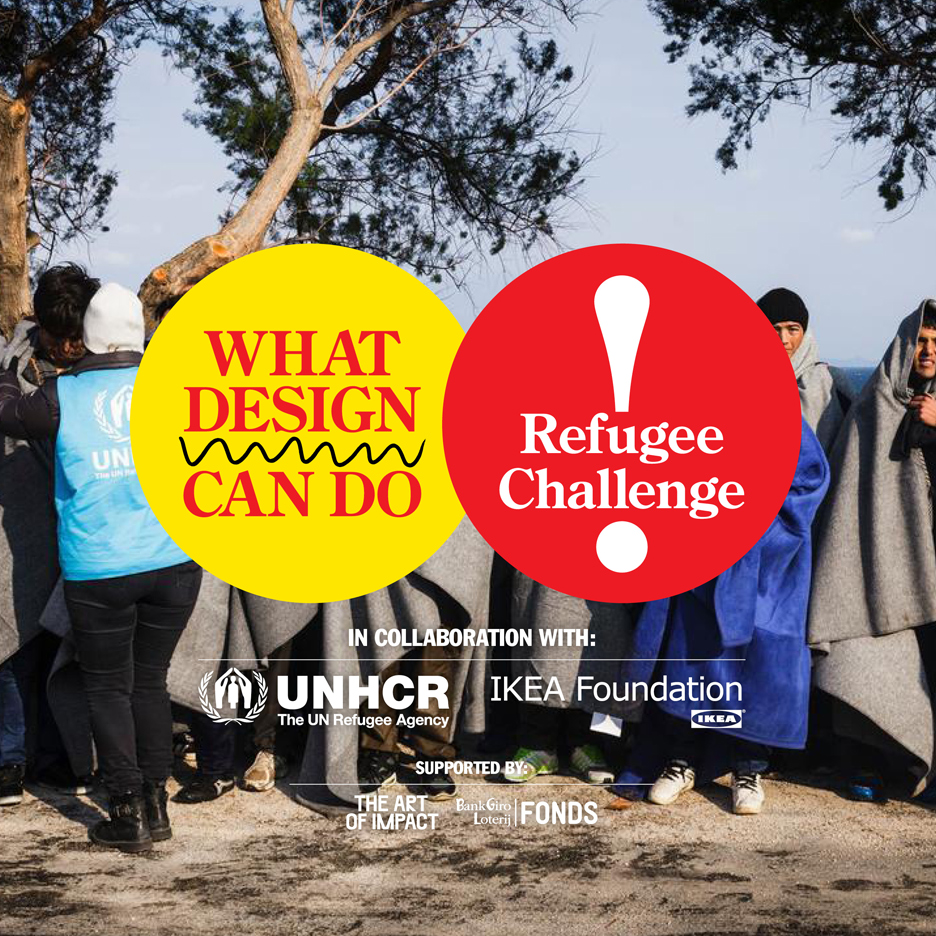 Generations of people living in temporary conditions is not temporary – it's a lack of proper infrastructure, housing, and opportunity. In the Netherlands, Yoonis Osman Nuur from the refugee collective We Are Here has been in "temporary" shelter for 10 years, and others in the group for 12 or 13 years. All this time unable to work or go to school.

Temporary shelters are exactly how neoliberals hope to discourage refugees from coming to Europe. VVD party member Halbe Zijlstra has been quite explicit on this: "We should make the conditions for refugees as austere as possible, to discourage others from traveling to the Netherlands." He imagines container-like housing with minimal available services.

Designers should be wary that their work does not end up being used to legitimise a state of permanent temporary living, deliberately created to prevent refugees from coming to Europe – or risk affirming the horrible reality of a growing global underclass of stateless citizens permanently living in shelters, not houses.

The WDCD Refugee Challenge frames the refugee crisis as a design challenge. But the refugee crisis is very much designed – designers have played an active role in creating the digital and physical borders to control and prevent refugees from entering Europe.

Since 2004, the EU has invested heavily in fortifying its borders. New border fences have been built and equipped with smart surveillance technology, but the latest border control systems are digital and invisible.

The OPARUS program currently under development uses military drones, satellites, and smart surveillance technology to create a virtual net around Europe. Dutch tech companies are designing biometric software and digital "sniff" technology that can locate refugees even before they reach border crossings.

Europe is expending so much effort on designing systems and campaigns to keep refugees out, so why is this not part of the WDCD Refugee challenge? Couldn't other designers help to lay bare these invisible systems and find out how refugees can circumvent them?

The WDCD Refugee Challenge's website features an image of refugees standing in line, covered with blankets, aided by UNHCR workers. The tagline says, "Here's your chance to make a difference". A line not directed at the refugee, but at the designer looking at the image, so she or he will join the challenge.

This image stands in stark reality to the photographs a student of mine showed me, who works on a project with refugees, that a Syrian refugee had made with his cell phone. Group photos of young men posing cheerfully at landmarks in different places in Europe – no blankets, no sad faces.

Those images would never be used on the WDCD website, because they do not fit the narrative. Refugees are depicted solely as victims to raise feelings of empathy with the designer, who is considered to be separate form the people in the picture. "Participating in this contest will make you feel good!" says WDCD elsewhere on their website.

WDCD says that refugees themselves are encouraged to participate, which would only make sense. After all who can better research, assess, and come up with solutions than the very people whom it concerns?

But in WDCD's communication, the refugees are placed in opposition to the designer, and how refugees themselves are involved in the process is rather vague. Is a refugee who has lived in Europe for 10 years still considered a refugee? In framing the refugee crisis as a design challenge it is especially important to be specific about who this design challenge is directed at, and who it is meant for.

The refugee crisis cannot be seen as an isolated design issue

If designers want to play an active role in global crises they have to understand the history of design and how it is complicit in many of the problems we face today. Design will not be taken seriously as a discipline if we do not address the political structures within which we practice.

I would wholeheartedly invite designers (and everyone else for that matter) to imagine ways to improve the life of refugees. But the refugee crisis has to be understood in its totality, and cannot be seen as an isolated design issue.

There is no doubt that the WDCD Refugee Challenge deserves credit for raising awareness among professional designers and the public that this humanitarian crisis should be addressed.

But it fails to acknowledge its own political position as an actor in the refugee crisis, and does not address the responsibilities of designers themselves. A shelter is not just a shelter, a campaign is not just a campaign – they relate to larger political ideologies and sentiments. If we do not take the impact that design has on the world seriously, design for good can do more harm than good.

These are precarious issues with uncertain outcomes. Maybe design can offer solutions, maybe not. The real challenge would be to create a platform where such complexities and contradictions are not ignored, but embraced, and become part of a larger discussion about what design really can do.

Ruben Pater is a designer and researcher based in Amsterdam, The Netherlands. His work is about creating visual narratives on geopolitical issues. He teaches at the Royal Academy of Art in The Hague and at Design Academy Eindhoven.