Courtyards, balconies and roof terraces all features in this São Paulo house by local studio Metro, which is made up of four separate but connected concrete towers (+ slideshow).

Named BN House, the property is designed to offer plenty of opportunities for residents to make the most of the warm Brazilian climate. As well as the various outdoor areas, it features several rooms that can be opened up to the elements.

This house is located in Jardim Paulistano, a wealthy neighbourhood in the west of the city, and the client is a developer who has previously commissioned Metro on five other projects.

"He is a frequent client who loves architecture," architect and partner Martin Corullon told Dezeen. "He therefore does these kind of projects as an investment, but also as an opportunity to discuss and support architecture."

"The brief was to make a house using as much of the area as possible – taking into consideration the restrictions defined by the directive plan of São Paulo – but we had complete freedom in terms of programme, materials, etc," he added.

The house was divided up into four volumes for a number of reasons. It breaks up the visual scale of the building, but it also creates more opportunities for adding windows and terraces.

"The option for the four towers started as a way of dealing with a very complex plot," explained Corullon. "But it became a very good option to have many natural light sources for such a big programme." 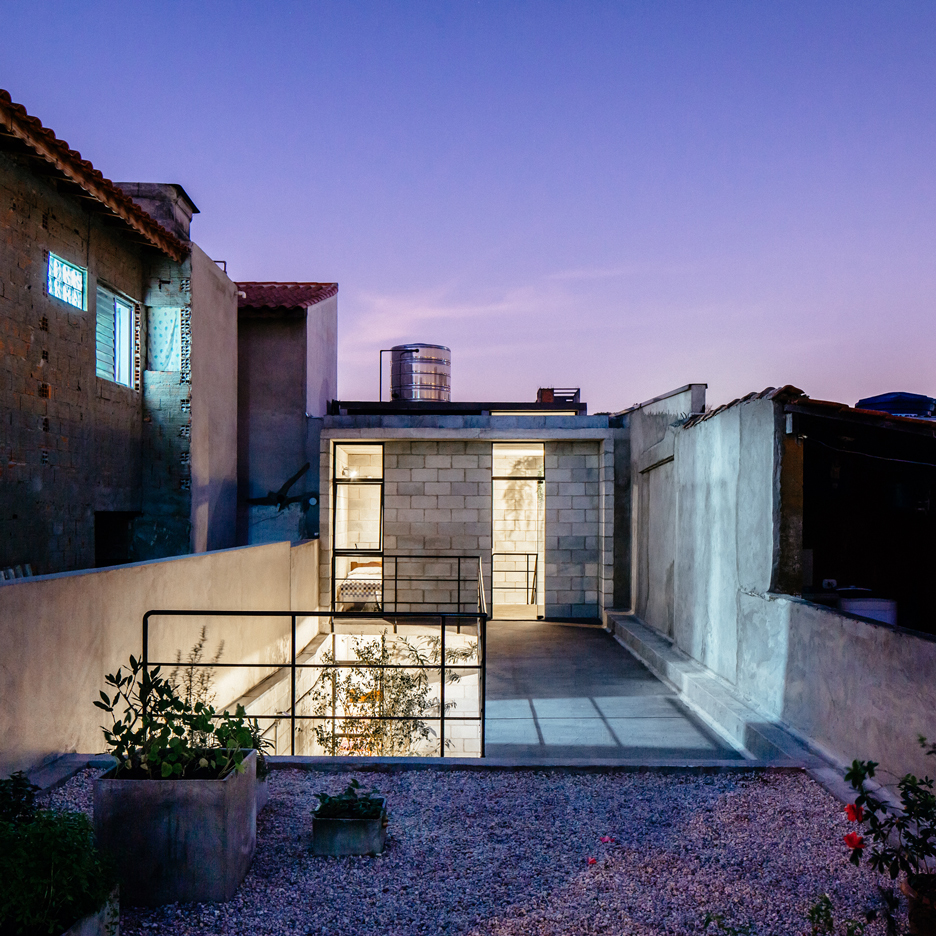 "We created a lot of facades and progressively opened up the walls on the ground floor as a way of controlling the views, privacy and natural light in a balanced manner, so the ground floor is very open to the garden," he added.

Glazed corridors connect the towers, framing a cast-concrete staircase at the centre of the house.

As well as the traditional glazing, Metro also added a series of industrial-scale windows featuring adjustable louvres. These were custom-made for the project using white powder-coated aluminium.

"We wanted to have light control and privacy control, since most of the windows are facing the street, but to keep a sense of openness," said Corullon.

"The big pieces – when open, in horizontal position – allow a gap big enough to avoid the feeling of being behind a fence from the inside, while protecting the interior from external views," he said.

Other bespoke details include the handmade cement floor tiles. The architects have since launched these commercially with tile brand Brasil Imperial.

Metro is led by four parters: Martin Corullon, Gustavo Cedroni, Helena Cavalheiro and Marina Ioshii. The firm's past projects include a red glass chocolate museum and the recreation of an exhibition design by Brazilian Modernist Lina Bo Bardi.

Photography is by Ilana Bessler.