Architect Sean Griffiths has unveiled plans to add a shed-inspired roof extension to the Blue House, one of the best-known projects of his former studio FAT.

Griffiths has been granted planning permission to build a new storey on the roof of the east London property, which FAT described as "one of the most important houses built this century".

Designed to look like a series of connected sheds, the extension forms part of a renovation that transforms the building from a combined house, apartment and office into a large single residence. 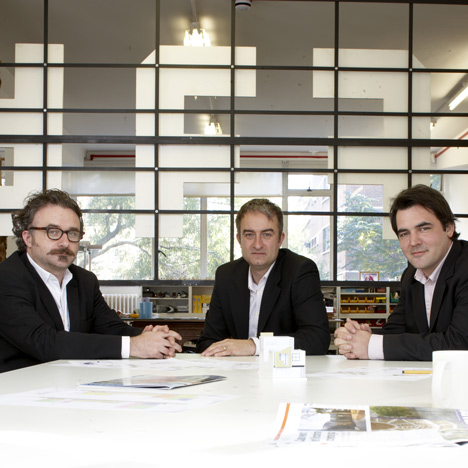 The new addition will be clad in cement fibreboard with a timber-grain texture, to match the blue-painted walls of the existing structure.

It will feature a number of "abstract elements" including an extended chimney and angular window boxes, which will be partially screened behind the original parapet wall.

"The design of the roof extension is conceived as a series of interconnected shed forms whose height and arrangement are determined to minimise the overshadowing and overlooking of the surrounding buildings and gardens," explained Griffiths, who now runs a studio called Modern Architect.

"The composition extends the building's original character, making use of archetypal pitched-roof forms and undulating skylines," he added.

FAT completed the Blue House in 2002. Griffiths was both the architect and the client for the project, which he previously described as "Adolf Loos on the inside, South Park on the outside".

Its cartoon-like aesthetic – designed to look like a traditional house with an office block behind – hinted at what was contained inside. 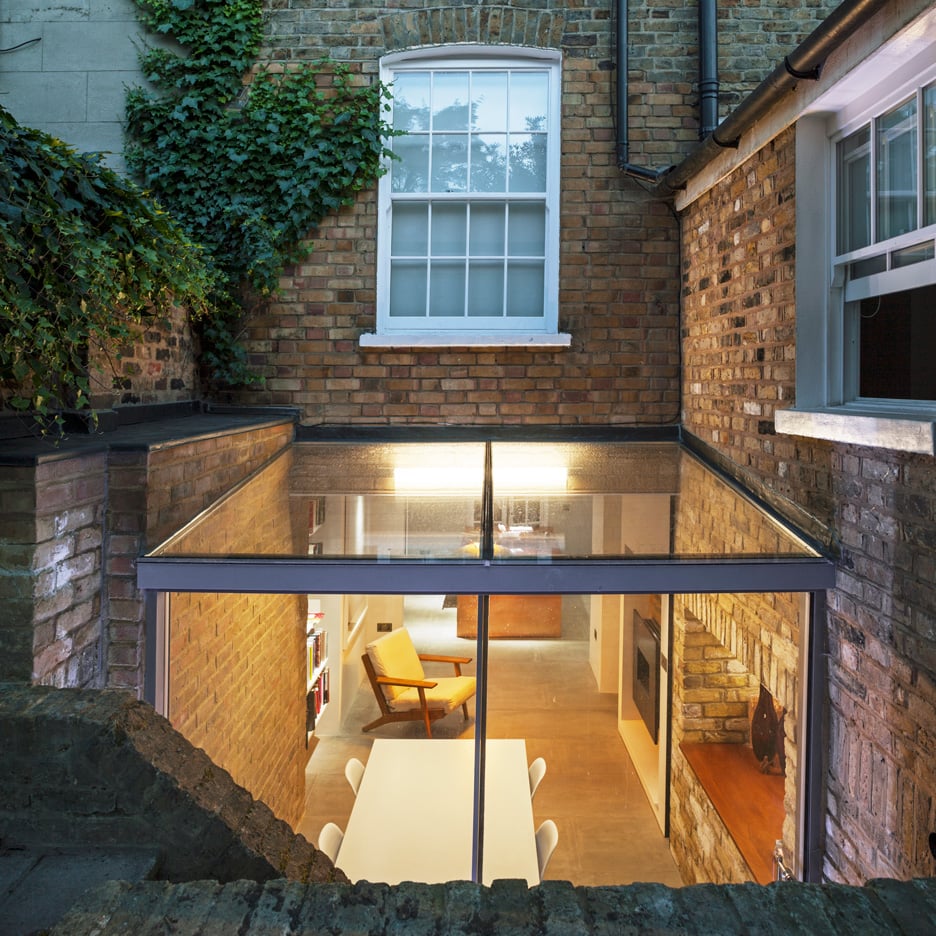 As well as a home for Griffiths' family, the Blue House housed a small office and separate apartment, although the architect moved out of the house in 2009.

To combine his former home with the office, Griffiths has also designed a new staircase.

FAT's three former directors, who also include Charles Holland and Sam Jacob, announced plans to disband in 2014, after 23 years of practice.

Famous for combining Postmodernist architecture with playful iconography, their projects included an apartment block that appears to have traditional houses on its roof and the fairytale-inspired House for Essex completed in collaboration with Grayson Perry.

Griffiths is also now professor of Architecture at the University of Westminster. Jacob – a Dezeen columnist – now runs Sam Jacob Studio, while Holland has teamed up with Elly Ward on new practice Ordinary Architecture.