Venice Architecture Biennale 2016: a retrospective of work by the late Zaha Hadid will take place during this year's Venice Biennale, including early paintings, models and photos of past and future projects.

The show will pay tribute to the Iraqi-born British architect, who passed away earlier this year, showcasing completed and under-construction building from throughout her 40-year career, as well as unrealised projects like the Cardiff Bay Opera House (1994-95).

The retrospective will be hosted by the glassmaking organisation Fondazione Berengo at the 16th-century Palazzo Franchetti on the Grand Canal and will coincide with the opening of the Venice Architecture Biennale in May 2016. 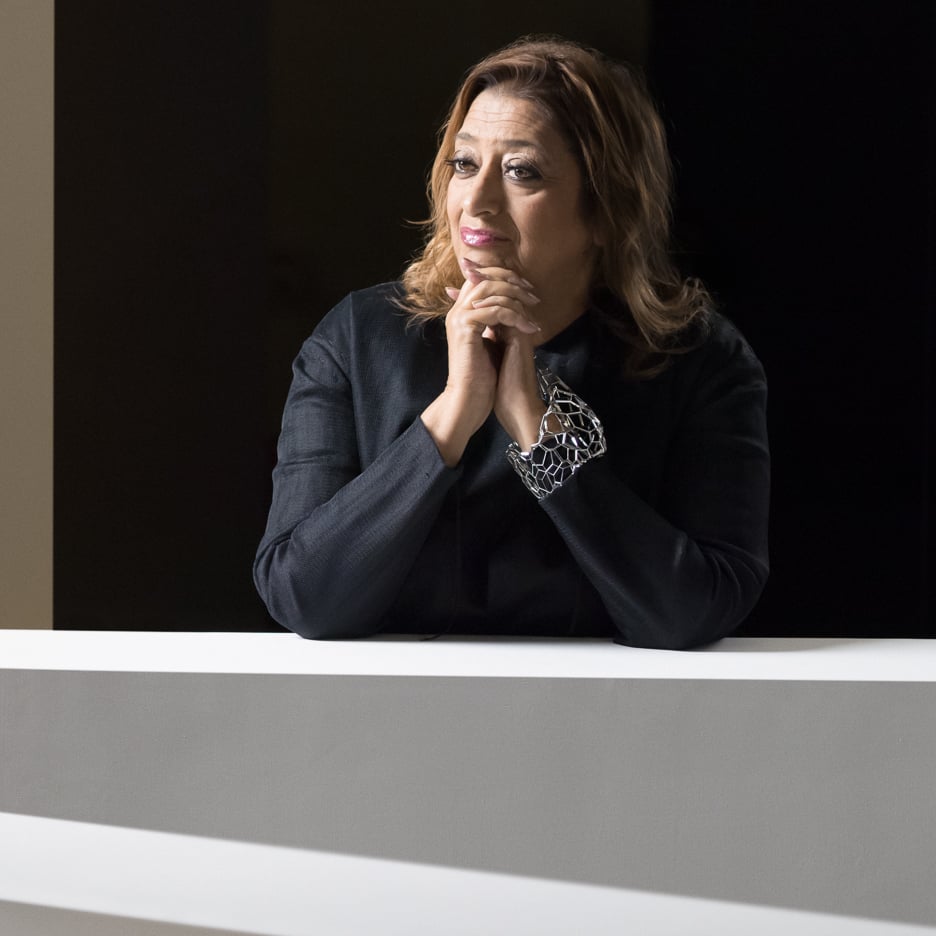 One room will pinpoint three "milestones" in the architect's career: her first completed project, the Vitra Fire Station (1993); the Rosenthal Center for Contemporary Art (2003) which contributed to her being awarded the Pritzker Architecture Prize; and the MAXXI Museum (2009), where the studio put into practice its experiments with computer-aided design.

Another space will host images of completed buildings, exploring the longstanding relationship between Hadid and photographer Hélène Binet.

Paintings from Hadid's early career will highlight the architect's interest in the Russian Avant-garde, and show the development of her schemes from paper to construction.

"My paintings really evolved 30 years ago because I thought the architectural drawings required a much greater degree of distortion and fragmentation to assist our research – but eventually it affected the work of course," Hadid previously said of her process. "The processes led to literal translations in the building."

"In the early days of our office the method we used to construct a drawing or painting or model led to new, exciting discoveries. We sometimes did not know what the research would lead to – but we knew there would be something, and that all the experiments had to lead to perfecting the project," she said, adding that buildings would often take a decade to emerge from her painstaking 2D work. 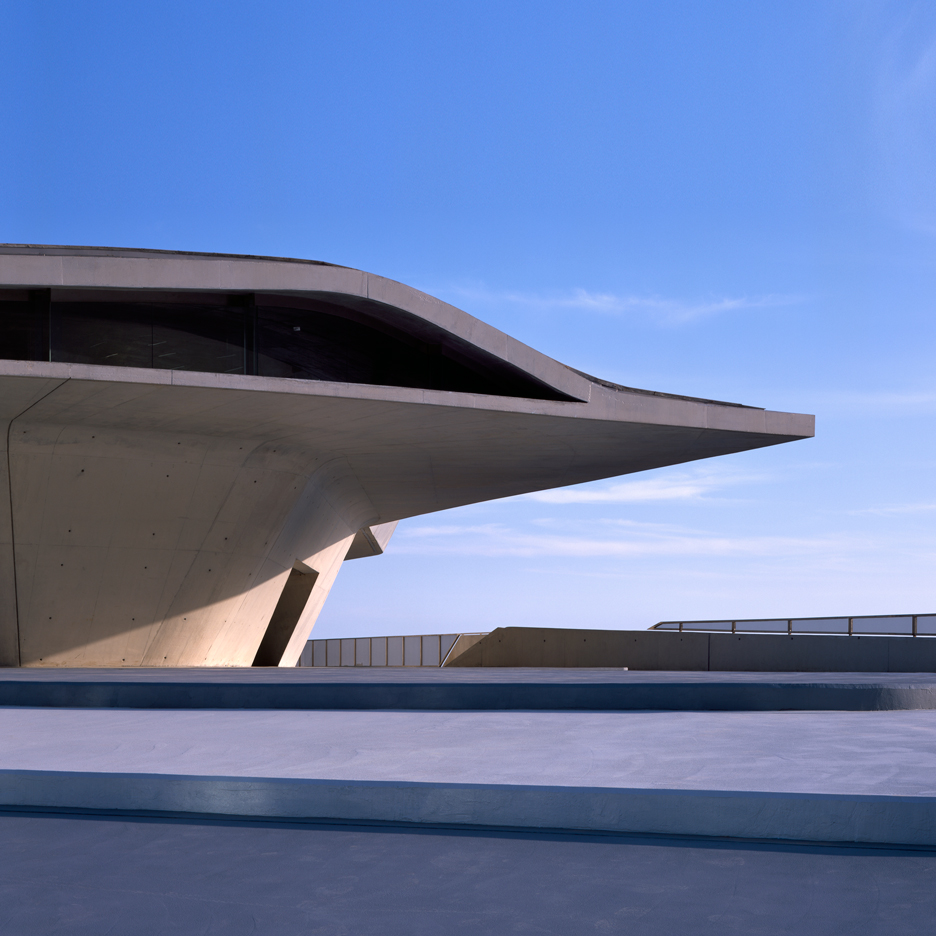 Last month, Zaha Hadid Architects (ZHA) confirmed its would continue to practice without its founder. Projects the firm are still working on will feature in the exhibition, showing the developments made by the studio's in-house computation and design research team CODE, and their use in projects like the Mathematics Gallery for the V&A museum in London.

"The developments that computing has brought to architecture are incredible, enabling an intensification of relationships and greater precision – both internally within the buildings as well as externally with their context," Hadid previously said.

"It took me 20 years to convince people to do everything in 3D, with an army of people trying to draw the most difficult perspectives, and now everyone works in 3D on the computer."

The exhibition at the Palazzo Franchetti will run between 27 May – 27 November 2016 and will be be open daily 10am until 6pm.

Scroll down for more details about projects featured in the show:

The conceptual painting shows a 14-storey building comprising fragmented blocks spanning London's River Thames. It aimed to link the river's north and south banks, connecting by 19th-century buildings with the Brutalist architecture that was reaching completion during the mid 70s.

"For my graduation project from the AA, I wanted to explore the mutation factor for the program requirements of a hotel on the Hungerford Bridge over the Thames," said Hadid of the project. "The horizontal tektonik conforms to and makes use of the apparently random composition of Suprematist forms to meet the demands of the programme and the site."

"The project has particular resonance with my later projects: first, in the Great Utopia show at the Guggenheim, in which I was able to realise some of these tektoniks in concrete form, and second, in the Habitable Bridge project, which considered the possibilities of a mixed-use development over the Thames."

Conceived as a "man-made polished granite mountain", The Peak shows Hadid's concept for a club situated on a hill overlooking Hong Kong. The architect won an international competition in the early 80s for the scheme, but it was never realised.

"To accentuate the dramatic visual conditions and natural arterial features, constructive elements of various materials are thrust onto the site, impacting vertically and horizontally a kind of Suprematist geology," said ZHA, explaining its roots in the 20th-century Russian movement.

"The architecture is like a knife cutting through the site. It cuts through traditional principles of organisation and reconstitutes new ones, defies nature and resists destroying it."

Zaha Hadid described this painting named The World (89 Degrees) as "the culmination of a seven-year exploration into architecture's uncharted territories that began with my work as a student at the Architectural Association."

She continued, explaining that the scheme intended to pick up where Modernism left off: "Technology's rapid development and our ever-changing lifestyles created a fundamentally new and exhilarating backdrop for building, and in this new world context I felt we must reinvestigate the aborted and untested experiments of Modernism – not to resurrect them, but to unveil new fields of building."

Depicted in this painting is Hadid's Grand Buildings scheme, which considered what London's Trafalgar Square might look like if existing planning restraints were abandoned. It proposed a curving podium and viewing platforms surrounded by a series of towers with penthouses and subterranean lobbies that would transform the area.

"In the hope that outdated planning restraints might be abandoned, a proposal that celebrated the dynamic possibilities of the urban landscape was presented," said ZHA. "It aimed at extending the public realm into the quality of city life."

Zaha Hadid developed this proposal in the late 1980s as part of a competition entry to overhaul a central Berlin site.

Named Victoria City Aerial, the scheme's defining feature is a crooked slab that tilts towards the sky. It was to include shops, offices and a hotel but was never built.

This mixed-use development named Hafenstrasse was designed by Hadid to fill gaps in a row of traditional four and five storey houses in Hamburg. The fragmented slab structures were intended to make the existing block more permeable and also included a series of terraces that would have stepped down to the Elbe river.

"The gaps in the wall of houses will not be filled hermetically but allow permeation to the area behind," said ZHA.