Zaha Hadid 1950-2016: next up in our exclusive video series, Richard Rogers reflects on the battle to select Zaha Hadid's design for the London Aquatics Centre, a building he describes as "a roaring success".

Hadid's Aquatics Centre in Stratford, east London, provides swimming, diving and gym facilities for the public and was one of the key venues during the London 2012 Olympic Games.

It is one of only a handful of buildings completed in the UK by the Iraq-born British architect before her sudden death in March.

British architect Rogers co-chaired the jury in January 2005 that selected Hadid's design over five other proposals, including schemes by Bennetts Associates, FaulknerBrowns and Dominique Perrault.

But it was difficult to convince the panel that her design was the right choice he reveals in the movie, which Dezeen filmed in London as part of our Zaha Hadid video tribute collaboration with Architizer.

"We had to fight like hell to get it," Rogers says. "There were a number of people who could not see where she was going."

"We worked late into the night, I remember, but we did persuade the jury to select her and it's a roaring success."

Other venues on the Olympic Park include the Olympic Stadium by Populous and the Velodrome by Hopkins Architects, which received Stirling Prize nominations in 2011 and 2012, respectively. The Aquatics Centre was itself nominated in 2014.

However, Rogers considers Hadid's building to be the best of the lot. 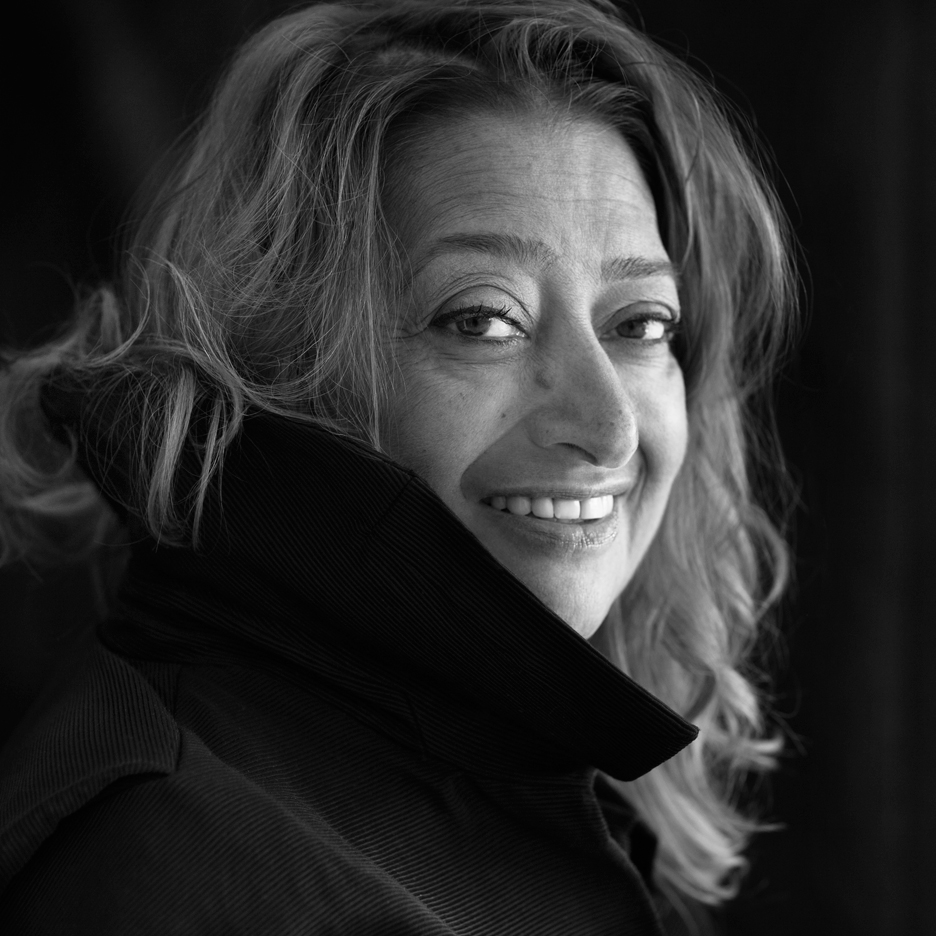 The Aquatics Centre features a huge undulating, wave-like roof, which shelters the main pool and diving facilities. During the Olympic Games, the building featured two large wings on the side to provide additional seating, but these were removed after the Games.

"There are many ways of doing modern architecture," Rogers says. "Hers was highly sculptural, highly fluid – very different to mine – but you had to appreciate it, she was at the top of her profession."

Hadid died unexpectedly in March following a heart attack. Rogers and a host of other leading architects including Bjarke Ingels, Norman Foster, Daniel Libeskind and Amanda Levete paid tribute to her in our memorial video, which was screened at the Architizer A+ Awards in New York.

This movie was filmed in London and produced by Dezeen. All the photographs used are by Hufton + Crow.
Read more: