Danish architect Bjarke Ingels has designed a chair for furniture brand Fritz Hansen based on the shape of his firm's Via 57 West "courtscraper" in New York.

The VIA57 chair was launched to mark the completion of the tetrahedron-shaped residential tower – which is BIG's first major project in the city – and was originally designed for the building's lobby and lounges.

The furniture rests on four splayed wooden legs and features a soft triangular-shaped seat, which extends into an upholstered back.

"The VIA57 chair combines Scandinavian simplicity and elegance with American comfort and generosity," said Ingels, whose firm is currently working on designs for a new stadium in Washington.

"The rotated corners allow a variety of social configurations while also evoking the tetrahedronical geometry of its parent architecture." 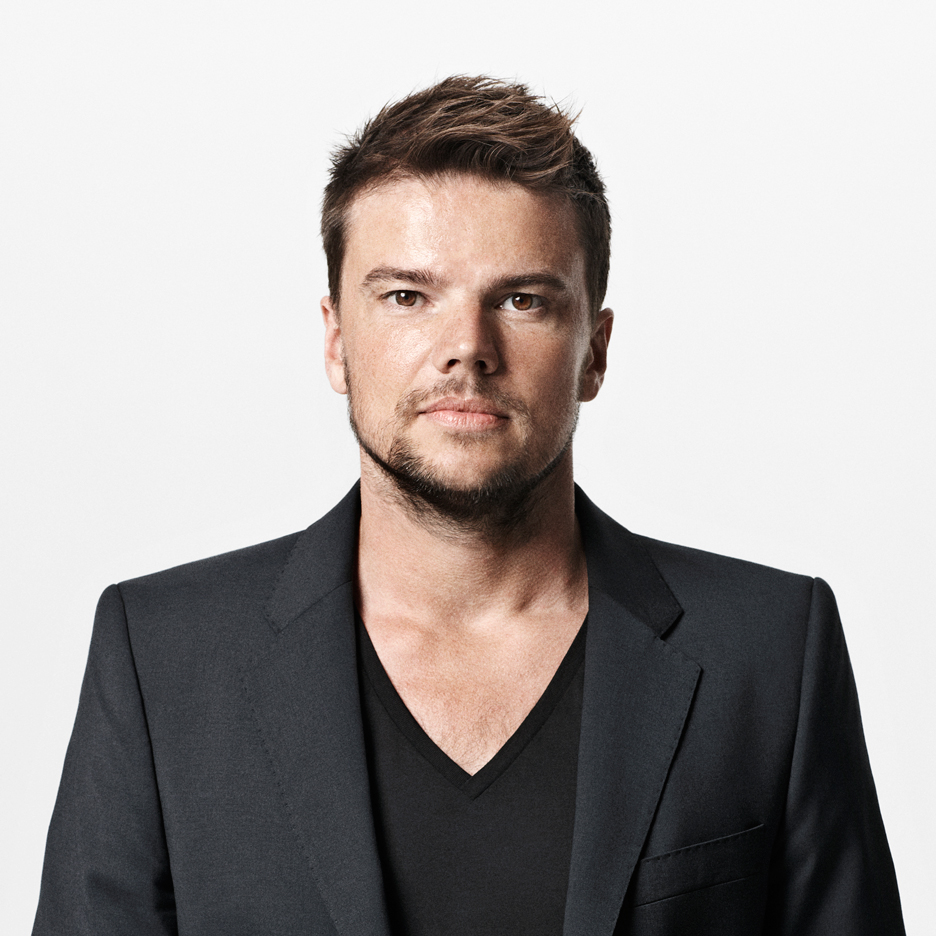 The chairs can be used separately or placed alongside each other to create small sofas, and they come in various colours including yellow, red, blue and grey.

"For the first time in many years, we have designed a piece of furniture with an architect who normally creates buildings," said Fritz Hansen's head of design Christian Andresen. "This is in line with some of our classic products from the past, including our collaboration with Arne Jacobsen."

Ingels' Via 57 West building opened in March, with 709 available rental units and amenities including an indoor basketball court and screening room.

In an interview with Dezeen, Ingels called the building a "courtscraper".

The VIA57 chair was created in collaboration with KiBiSi – the Danish design studio co-founded by Ingels along with Kilo Design founder Lars Larsen and design philosopher Jens Martin Skibsted.

The group's industrial design projects include a lightweight electric bicycle and a low-energy pendant lamp, as well as a series of timepieces available from Dezeen Watch Store.