Transportation design studio Kolelinia has released an updated model of its three-wheeled Halfbike – which raised close to $1 million on Kickstarter in 2015 (+ movie).

The Halfbike is ridden standing up, similar to a Segway. The 2.1 version has a three-gear hub, which has been designed to make the vehicle "easier to ride and more user-friendly" than the previous single-speed version.

The Halfbike 2.1 is available in new pink and green finishes, and includes an updated framework and braking system designed to make the bike more ergonomic and improve the rider's experience.

Designed to create a feeling closer to walking than the traditional pedalling movement, the scooter-bicycle hybrid is steered by the rider's bodyweight and a waist-high handlebar.

It is lightweight enough to be folded up and carried on public transit, or stored under a desk or in a car boot.

"While continuing our search for alternative transport systems, we stay guided by our passion for the outdoors and the community that has made our company possible," said company founder Mihail Klenov, who created the bike with fellow architect and business partner Martin Angelov.

"We miss the joy of travel, the human scale and the variety," he added. "There is a great potential for smarter vehicles both human-powered and electric ones and we are committed to prove it." 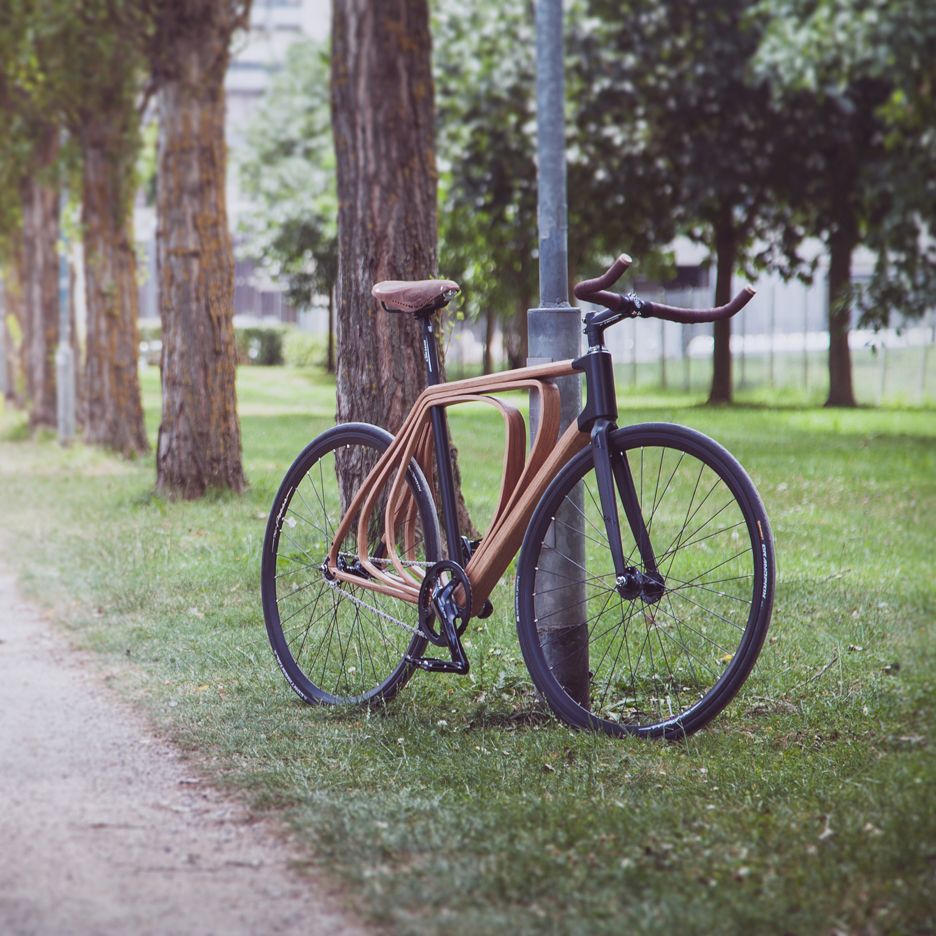 French designer Philippe Starck has also created an alternative to conventional pedal bikes, designing a prototype for a scooter and bicycle hybrid.

Meanwhile, the Bionic Runner, designed by Australian company Run4, encouraged a range of movement by acting as a mixture of a bicycle and cross-trainer.

Since then, the company has shipped thousands of Halfbikes around the world, each of which were handmade in its Bulgarian workshop.

"During the months following the campaign we continued to develop and improve the Halfbike," said Klenov. "Although it looks almost identical to the one that we showed first its evolution was significant."

"We've implemented a number of little changes over the prototypes that we used when making the campaign."

The company will now be taking regular orders for the bike, with prices starting from $599 (£415).