New York 2016: in the wake of last month's New York design week, Dezeen's US editor Dan Howarth highlights five designers and studios that are set to become an important part of the city's design scene (+ slideshow).

This year's edition of NYCxDesign took place from 3 to 17 May 2016, and saw a crop of local creatives also showcase their work across the city's venues, alongside major international brands. 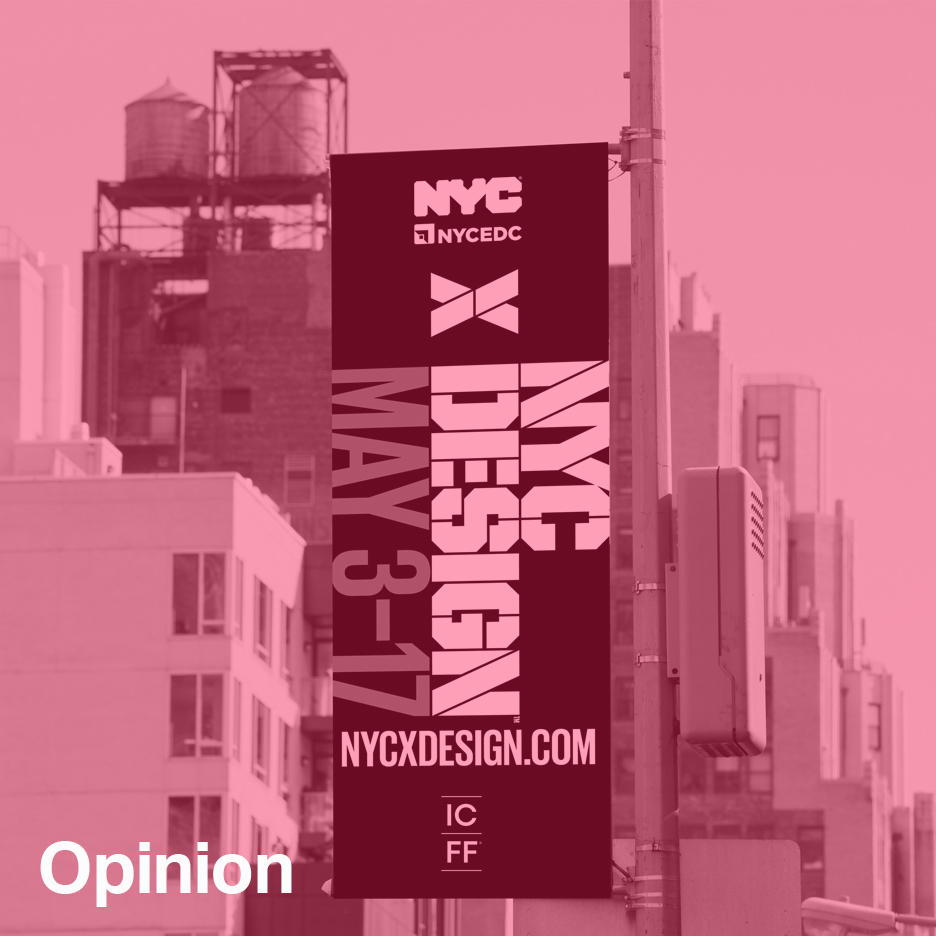 "When will a more ambitious and influential spirit return to the New York design scene?"

We've picked out five designers and studios that caught our eye and could become a key part of the city's evolving design scene:

Although his career began over 10 years ago, Fernando Mastrangelo has received a recent surge of attention after exhibiting his work in New York.

The designer and sculptor uses materials like salt, coffee, sand, glass and cement to transform otherwise simple furniture and homeware pieces into works that straddle the boundary between art and design.

At the Collective Design fair in May, he showed a series of blueish cast-sand pieces called Drift, which were influenced by glaciers in Patagonia and looked as if they had been carved from rock.

Over at the Sight Unseen Offsite exhibition, the designer presented a furniture collection made from dyed cement. The pieces in the Fade series are set in pastel-coloured layers that gradually shift from darker to lighter across each design.

Fade forms part of Mastrangelo's MMaterial series of designs, which also includes dining tables, seating and planters comprising planar surfaces made from combinations of cement and a variety of textures.

Mastrangelo was formerly one half of Amma Studio, a collaborative project with designer Samuel Amoia, which resulted in a series of stools and tables that mixed moulded cement with a range of unexpected materials.

The other half of Amma Studio, Samuel Amoia, is now also making a name for himself in his own right.

He recently released a set of tables and consoles with white onyx tops and thin legs covered in brass shavings with New York's DeLorenzo Gallery to coincide with the city's design week.

A version of the sculptural console was commissioned for the flagship Dior boutique in Cannes, created from recycled aluminium shavings rather than brass.

"For this collection we aimed for a timeless, sophisticated and elegant assortment of work," Amoia told Dezeen. "Work that could make its way into museums and auction houses, and inevitably in the hands of great collectors."

He has also completed a variety of high-end residential interiors in Miami, New York and Belize, and was given a Designer of the Year award at the Maison&Objet Americas fair in Miami last month.

"We are also working on a lower line of new production pieces and lighting that will be showcased on a television platform," he said "The show will focus on my studio work and interior design work overseas, as well as showcasing other cool NY and international designers and craftsmen."

Tan, a co-founder of international design collective Outofstock, is another branching out alone and setting up his own studio.

Splitting time between New York and Singapore, he recently contributed to the Furnishing Utopia exhibition as part of this year's Sight Unseen Offsite.

Designers were challenged to create furniture and homeware based on Shaker artefacts. Tan's pieces included chairs and stools that could be hung on wall pegs, and containers that were assembled from flat sheets of coloured leather using poppers.

With Outofstock, the designer was involved in a range of interior, furniture and product design projects. A Singapore restaurant with egg-shaped window cutouts, shelving inspired by suspension bridges and scent diffusers made from ceramic exhaust filters are among examples.

During this year's New York design week, the duo showcased special editions of their Equalizer lamps for The Future Perfect design store.

They collaborated with glass blower artist John Hogan to form colour-tinted spherical pendants that change colour once the LED light inside is turned on.

Davis and Lee founded their studio in 2010, and have since also completed a range of small objects and jewellery pieces.

Brooklyn-based Fort Standard was previously known for its smaller accessories, but founders Ian Collings and Gregory Buntain have recently decided to upscale their material experiments into larger furniture pieces.

"We've been interested in evolving that conversation about how we can push these materials further and do different things with them," Buntain told Dezeen.

Working with soapstone, wood and leather, the designers created the Quality of Material collection shown at Collective Design. The soapstone was turned into a stacked cabinet with triangular patterns milled into its side.

Maple wood slats were glued into prisms and tessellated to form a coffee table, dining table and bench, while the tanned leather was stacked and rolled to produce a chair.

During their five years of collaboration, Collings and Buntain have created products that range from aluminium bowls raised on slim piers to sets of faceted wooden toy blocks.