XOCO can create custom chocolate objects based on designs created through an accompanying app. The printer is covered by a glass dome, which the studio included as a reference to the culinary environments it's designed for.

"3D printing is by now an established creation technology – and one that often produces amazing results," said the studio. "The design of printing equipment itself however rarely evokes excitement."

"Everything in the design contributes to giving the process of printing a visually open impression, adding to the experience of creating your customised sweets."

The prototype XOCO features a circular plate and a central printing pillar that is fed by dome-shaped chocolate ink "cartridges". 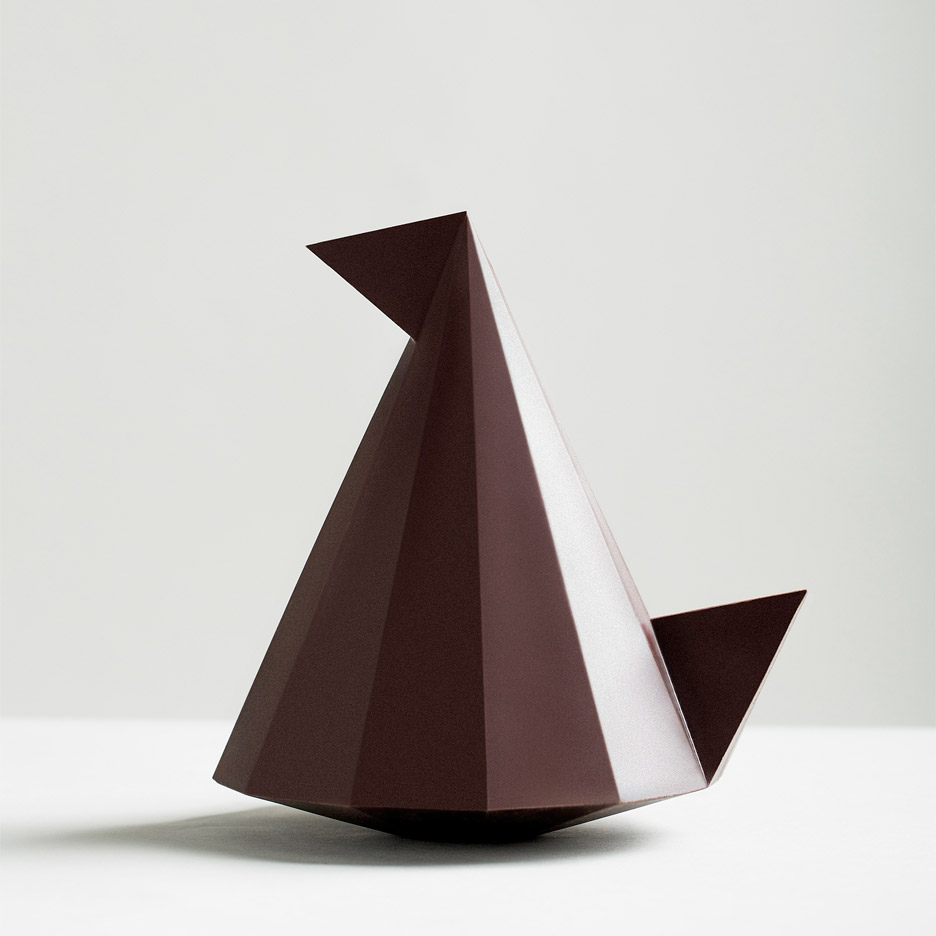 The column rotates to allow the print head to move up and down and side to side, using a polar coordinate system to guide the head. The printer connects to an accompanying app, which is used to finalise the design.

Printed in dark, white or milk chocolate, depending on the cartridge, the sweets made by the device feature small raised domes and X- and C-shapes that echo the name of the device.

A multicolour LED ring that encircles the plate also helps users keep track of the printing process, lighting up and changing colour to show the printer has heated ready for use, or is finished producing objects.

Advances in 3D printing have been hailed as the next frontier in food. American manufacturer 3D Systems unveiled its own food 3D printers, which use inkjet print heads to spread fine layers of water and sugar into geometric sweets.

Others have looked toward the future, with a pair of German students creating a concept for a countertop device that would use muscle and skin cells to print meat at home.