Tumblers in the Gem collection are made from hand-blown uranium glass, which Jakobsen had to acquire special permission from the State Office for Nuclear Safety in his home country to produce.

Uranium fluoresces under ultraviolet light, producing a bright green glow. Although the glass is radioactive, it emits only negligible levels that are considered harmless.

Jakobsen has emphasised the tumblers' eerie glow with a traditional diamond-cut pattern that covers the lower half of the glasses.

"Historically the production of uranium glass falls within the period of the 19th century, but this is the first mixing glass designed for bartenders," Jakobsen told Dezeen. "It represents the latest developments in the manufacture of glass." 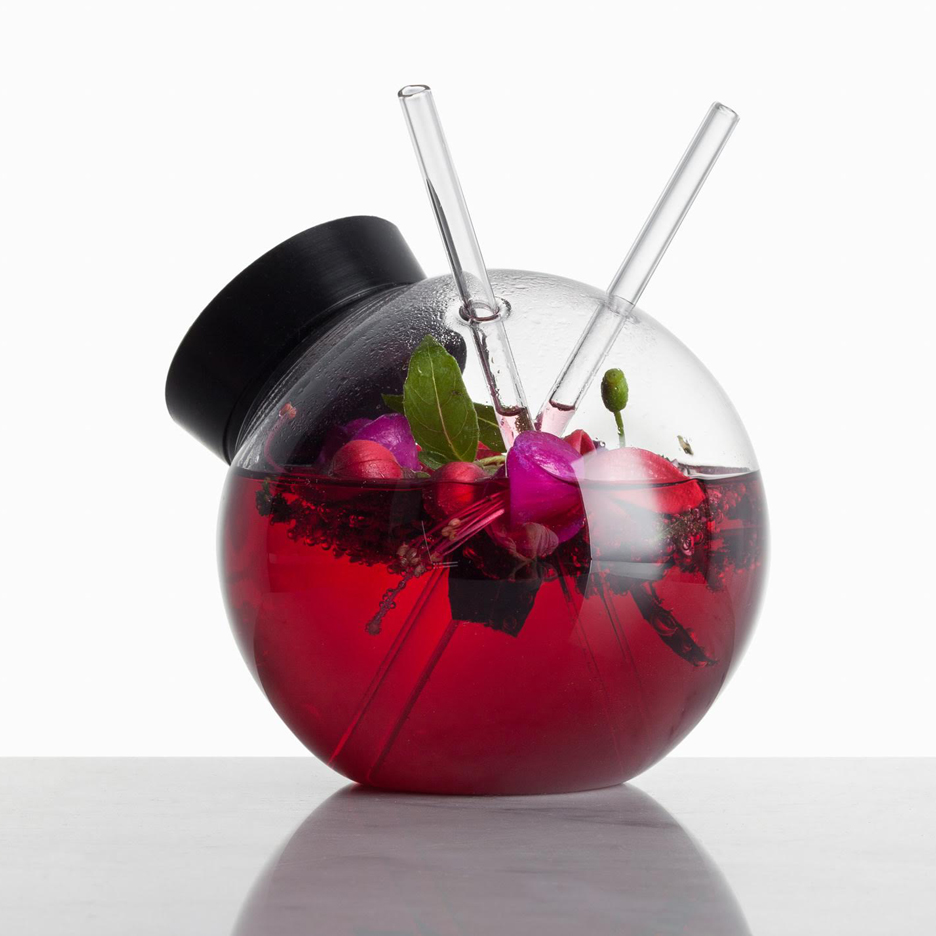 "Our uranium glass is based on the highest quality crystal," he added. "In technical terms, the production does not differ from the other hand-blown items."

This kind of glassware was particularly popular during the mid-19th century, and remains in demand with collectors. It's often referred to as Vaseline glass – so named for the yellow or green-tinged colour of older uranium glass.

The Gem tumblers are the latest in a line of unconventional glassware created by Jakobsen, including a storage jar with a giant ball of cork as a stopper.

The designer also created a spherical alternative to the cocktail glass, which uses an oversized silicone stopper to keep liquids and flavours contained.

Other quirky takes on glassware include a tumbler that uses biomimicry to improve the whisky-tasting experience, and a glass collection designed to help drinkers control their alcohol consumption.