Architecture firm Skidmore Owings & Merrill has unveiled its vision to transform the Beaux-Arts 30th Street Station and its surrounding area in Philadelphia (+ movie).

SOM's masterplan covers a 175-acre (70 hectares) area around the station, which is currently the third busiest in the US and projected to see a further increase in transit activity.

The firm worked in association with Parsons Brinckerhoff, OLIN and HR&A Advisors on the project, which will involve the overhaul of the 1933 station building designed by Chicago architecture firm Graham, Anderson, Probst and White.

"In the proposal, 30th Street Station is conceived not only as a gateway to the northeast for the 30,000 passengers who board its trains each morning, but also as an iconic destination filled with places to shop, meet, and eat," said SOM. 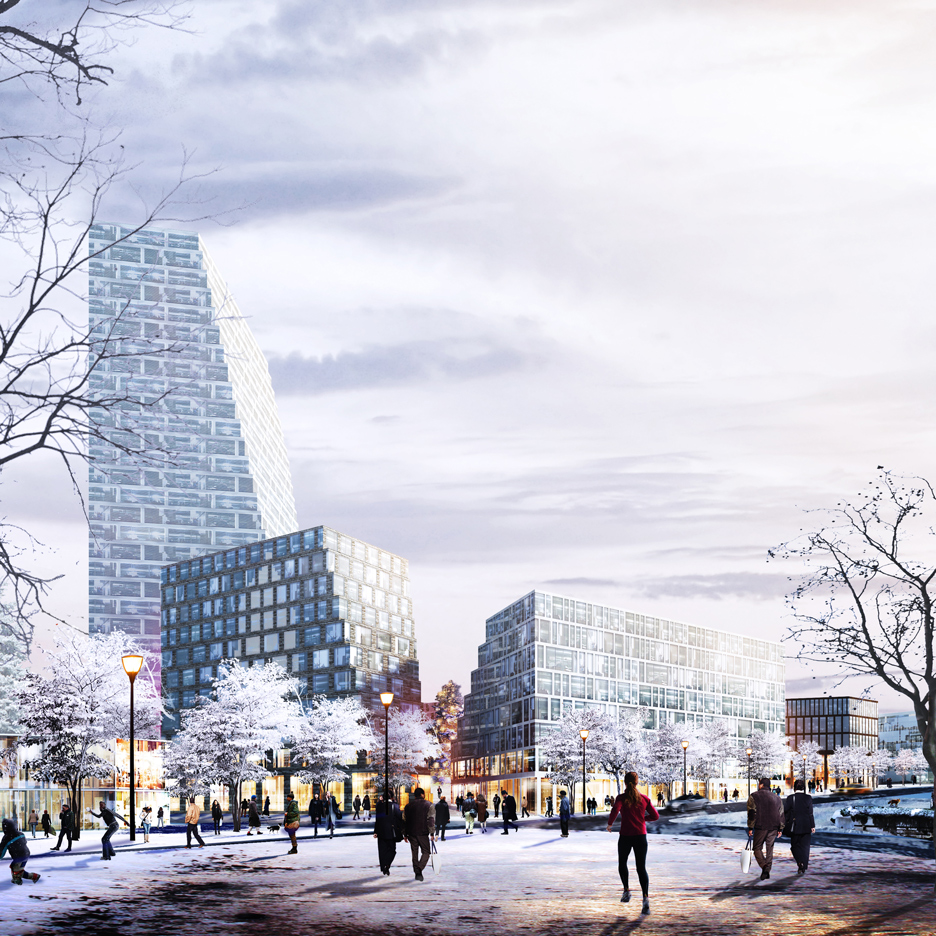 The team was selected for the project by railway company Amtrak, which owns the building, following SOM's work on the redevelopment of Denver Union Station.

The overarching plan encompasses a new city quarter designed by New York studio SHoP Architects and Dutch landscape firm West 8, which would extend the skyline beyond the current boundary of the Schuylkill River.

It will aim to connect Philadelphia's Center City and University City downtown districts with improved transport links, and better routes for cyclists and pedestrians.

Space for new and expanded buildings for Drexel University will also be created.

"Through bold development, an activated public realm, and an expanded transit network, the masterplan creates a viable framework for Philadelphia's next great neighbourhood," said SOM.

SOM is best known for its large-scale construction projects, with examples including One World Trade Center in New York and the Burj Khalifa in Dubai.

But the firm is also working on the proposed expansion at New York's Pennsylvania Station – the busiest station in the US – and has previously envisioned a floating observation deck above the city's iconic Grand Central Terminal.