The forthcoming M+ museum has opened its first exhibition space in Hong Kong's new cultural district: a mirror-clad pavilion that cantilevers out of a hillside (+ slideshow).

As the first permanent facility to open in the fast-developing West Kowloon Cultural District, the M+ Pavilion will provide a new exhibition gallery for showcasing visual art, design and architecture.

It will be run by M+, the major new museum of visual culture designed by Herzog & de Meuron, which is currently under construction nearby.

The pavilion is designed as a collaboration between three Hong Kong-based architects, Vincent Pang of VPANG, Tynnon Chow of JET and Lisa Cheung.

The trio won a competition for the project back in 2014.

By cantilevering the building out from the hillside, the architects aimed to create a gallery that "floats above the foliage". 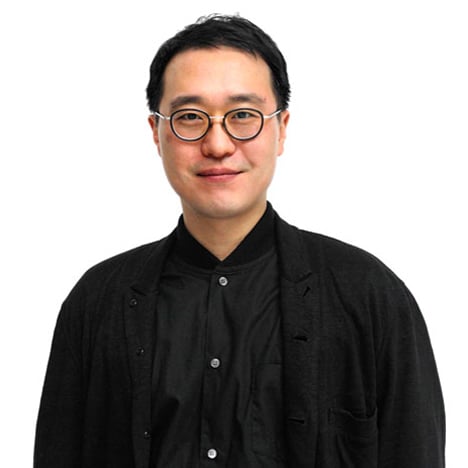 Mirrored panels clad the exterior walls, to reflect the greenery of the surrounding Art Park – a new 14-hectare park that will form the heart of the waterside cultural district.

Masterplanned by Foster + Partners, the West Kowloon Cultural District is being built on reclaimed land, and will eventually comprise 17 new cultural venues.

The next building to complete will be the Xiqu Centre, a Chinese operahouse designed by Bing Thom Architects, which is scheduled to open in 2018. This will be followed by a series of theatre spaces for outdoor festival Freespace.

M+ is scheduled to open in 2019, becoming one of the largest museums of visual culture in the world. Its main focus will be Asian art, design, architecture and film from the 20th and 21st centuries.

Ahead of the museum's opening, the M+ Pavilion will stage a series of shows displaying objects from its collection. Its inaugural exhibition will be a new commission from Hong Kong artist Tsang Kin-Wah, opening in September.

After the museum has opened, the pavilion will be made available to the city's creative communities for exhibitions and events.

"Although this facility is modest in scale, its completion marks a significant milestone in the development of this major cultural undertaking in Hong Kong," said Carrie Lam, chairman of the West Kowloon Cultural District Authority.

"We will continue to develop the WKCD into a world-class art and cultural hub where everyone may relax, be inspired and enjoy an extraordinary cultural experience."