Romanian architect Vlad Rusu has resurrected a "cultural palace" that was originally built in the 1930s but has sat in ruin for 20 years after being ravaged by fire (+ slideshow).

Vlad Rusu won a competition to overhaul the ageing structure in Blaj, a small city in central Romania. The aim was to create a multipurpose space suitable for a wide variety of events, from theatre performances to exhibitions and conferences.

The architect's concept was to strip the building back to its raw structure, creating new spaces while also leaving traces of its history.

The building was originally designed by Bucharest-based architect Victor Smigelschi to serve as a venue for a Transylvanian cultural association. 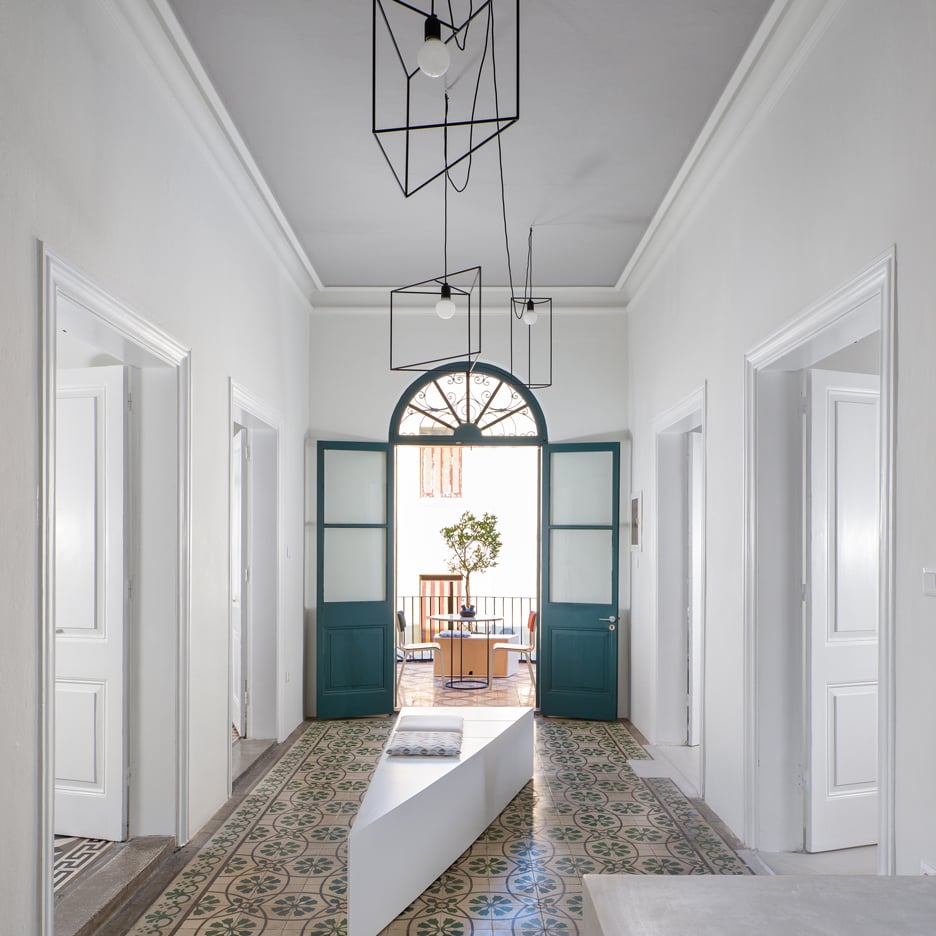 It was renovated in the 1960s to provide the city with a cinema and library, as well as spaces for the local history and ethnography museum, and a wire broadcasting centre. But it was largely ruined after a major fire in 1995.

Rusu managed to track down pictures of the original exterior, allowing this part of the building to be restored to something similar.

But no pictures were found of the original interior, so the architect had more freedom to adapt this part.

His design involved removing the majority of the 1960s additions, creating a simple and spacious interior that could be easily adapted for different activities.

"With the benefit of historical research and technical expertise, it was decided that the spatial and functional design concept of the building, which was now a ruin, would follow the initial project," said Rusu.

"That decision meant that the alterations that were made in order to accommodate the later institutions had to be removed," he continued.

"The new design follows two directions. Firstly, to evoke the recent tragic history of the building, and secondly, to create a flexible interior and exterior space that can easily be adapted to the needs of the community that it serves."

The main hall features a stage at one end and offers seating for up to 250 people. Here, walls are stripped back to reveal rugged brickwork that incorporates grand arches, faceted columns and projecting details.

A replacement roof spans the space, but generous skylights create a buffer zone between new and old elements of the design.

They help to cast natural daylight across the brickwork, highlighting its varying textures, but can also be blocked off if required.

Doors and window shutters are built from wood, and are surrounded by bright white plasterwork. There is also a restored balcony, fronted by an undulating white balustrade.

Storage areas and service spaces are all tucked away in the basement, freeing up the additional ground-floor areas to accommodate generous foyers and backstage facilities.

The first floor accommodates additional stage facilities, as well as offices for the Romanian Academy – a cultural organisation that promotes the nation's art, science and literature.

The project also involved the addition of new electrical, heating, sanitary and ventilation systems, as well as the recovery of a landscaped courtyard that wraps the south- and east-facing elevations.

Photography is by Cosmin Dragomir.