A small concrete structure once used as a house for doves has been transformed by Portuguese studio AZO Sequeira Arquitectos Associados into a garden playroom.

The former dovecote had sat derelict in the back garden of the clients' Braga home, so they asked the AZO Sequeira team to make it into a space that they could use.

The architects' response was to create a playroom in the elevated space that the doves previously used, while the hollow area underneath now contains a bathroom serving the family's swimming pool.

"We decided to propose a playhouse for the children and a balneary to serve the pool. The whole family loved the idea," said the designers.

"We wanted a play room inspired by magic, fantasy and also by childhood dreams and memories," they continued. "We transformed the old dovecote into a minimal concrete 'tree house' that represents these memories and fantasies."

The house itself is a bare concrete, bunker-like structure with a gabled roof and timber-textured walls. 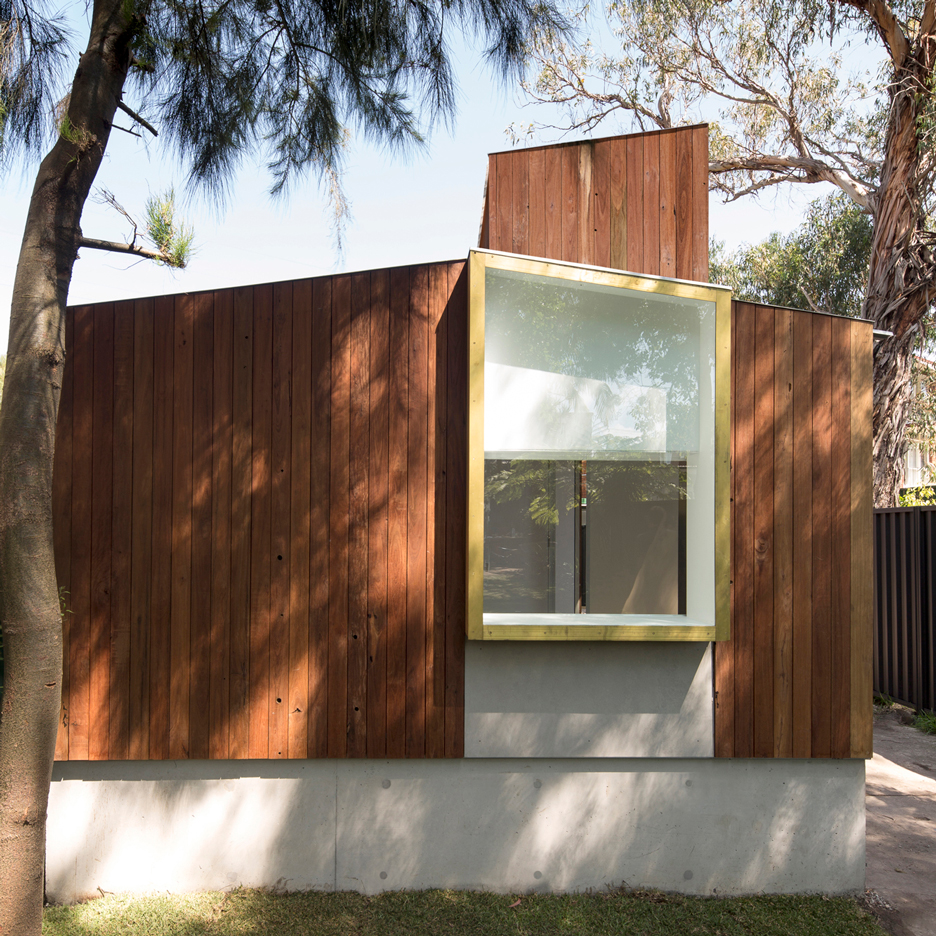 It is raised up over rugged stone walls, to create the impression that it floats. But it is actually supported by a central concrete wall that is barely visible from the exterior.

"We looked for a way to make it seem like the main volume is levitating, like a tree house, but simultaneously it had to be balanced and pure," said the architects.

Some original details remain, like the triangular holes that the doves would have used to enter.

But new elements have also been added, including a silver-toned wooden door and window shutters, and a boxy metal entrance portal.

Details inside are kept as minimal as possible, but parquet flooring and lighting have been installed.

"The idea was that the interior was absent of superfluous elements and would be gradually decorated by the works and toys of the children," added the team.

The Dovecote shares its name with a similar project in the UK – back in 2010, London studio Haworth Tompkins inserted a Corten steel artist's studio into a ruined Victorian dovecote.