A Polish-designed chair that was once a common sight in the living rooms of the formerly Soviet Bloc country has been reissued by new brand 366 Concept.

The brand began making the 366 easy chair – designed by Józef Chierowski in 1962 – two years ago, after it had been out of production for 30 years.

The chair, with its tapered ash wood armrests and legs, shares common characteristics with other mid-century European furniture designs but is little known outside of Poland.

366 Concept's founders, Maciej Cypryk and Agata Górka, were driven to revive the "abandoned" icon of their childhoods in the hopes that it could find a new market.

"Danish design through companies like Fritz Hansen have their iconic pieces that have been produced for 50 or 60 years without any break," 366 Concept founder Maciej Cypryk told Dezeen. "In our case the design was abandoned and almost lost."

"We are giving them a second life and bringing them to Europe, because before they were closed off in Poland." 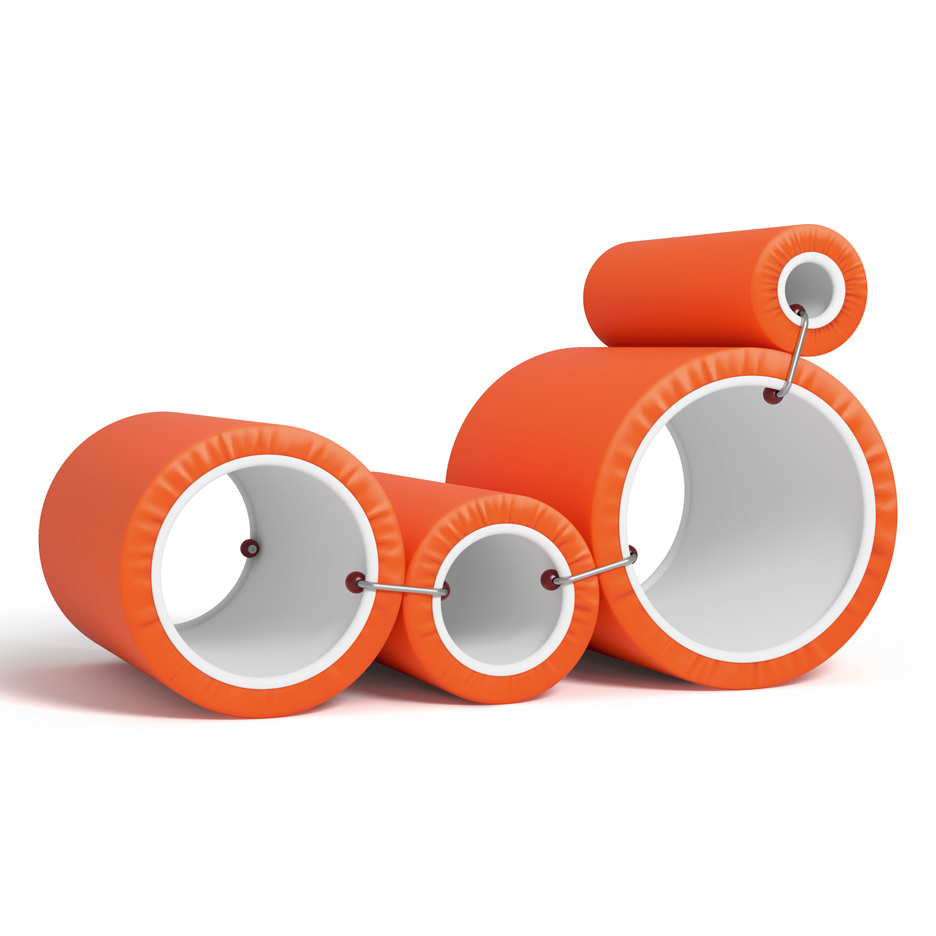 It has evolved the 366 series into a kids' version, rocking chair, two-seater and larger size single-seater.

The brand has also launched a second classic design, the Bunny chair, whose legs meet in an inverted, rabbit-ear-like "V".

While the chairs are sold in Poland, where they are also made, 366 Concept's biggest market is outside of the country.

Cypryk estimates 90 per cent of sales are to the wider European continent, a factor which he speculates might be related to the chairs' compact size.

"Young people now in Paris and London have really small flats, and they might not have space for a big sofa," he said. "They're looking for something that is compact but quite comfortable."

The smallness of the chairs – which in their original size are 72 centimetres high and 62 centimetres wide – is one its key features.

"This was not caused by design, it was caused by markets," said Cypryk. "Poland was a poor country with small flats and couldn't afford the production of furniture on a big scale."

"So they came up with the idea of this small chair that used as little material as possible," he continued. "There's nothing spare here."

The chairs are made of solid ash wood that has been aged for at least seven years.

366 Concept complements the wood with stain-resistant contemporary fabrics that conjure a retro feel, like tweed and velvet. Muted shades of grey, olive, orange and blue are common colour options.

The brand showcased the furniture at the London Design Festival trade fair 100% Design.

While 366 Concept represents a little-known corner of mid-century design, more broadly the market for furniture of the time is booming.

Danish companies, in particular, have responded to growing demand for the products by re-releasing classics of the genre, like Poul Kjærholm's 1955 PK52 Professor Desk and Flemming Lassen's 1938 My Own Chair.

There has also been a revival of interest in Italian designer Joe Colombo, whose 1969 Tube Chair has been re-released by Cappellini and 1965 Chair 300 by Karakter.