First Zaha Hadid designed a trophy for the Brit Awards; now Marc Newson has created 15 for the Fashion Awards.

The renowned industrial designer was commissioned by the British Fashion Council and Swarovski to create a trophy for each of the 15 categories at the Fashion Awards 2016.

The bespoke trophies, crafted from Swarovski crystal, are based on the forms of crystal clusters and rock structures.

Each is hexagonal shaped, with the tallest one measuring 245 millimetres in height. The awards' logo is etched onto one of the facets in a handwriting-like font.

"Swarovski crystal is a fantastic material to work with, and I am happy with the striking visual effect that has been created from the reflections of each individual trophy when set together," said Newson.

"We could not have achieved this spectacular result with any other material." 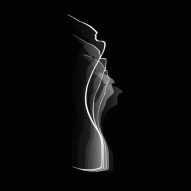 Zaha Hadid-designed trophies to be presented at Brit Awards

Newson has famously tried his hand at designing almost everything, including a range of colourful kitchen appliances, a limited-edition silver tea service with handles made from mammoth tusks and a set of pens for Montblanc.

Most recently, he was announced as the designer of Claridge's annual Christmas tree along with long-time friend and Apple colleague Jony Ive.

The Fashion Awards 2016 will take place at London's Royal Albert Hall on 5 December. Designers up for accolades include Craig Green, Burberry's Christopher Bailey and Stella McCartney – who was behind Team GB's kits at the Rio Olympics.